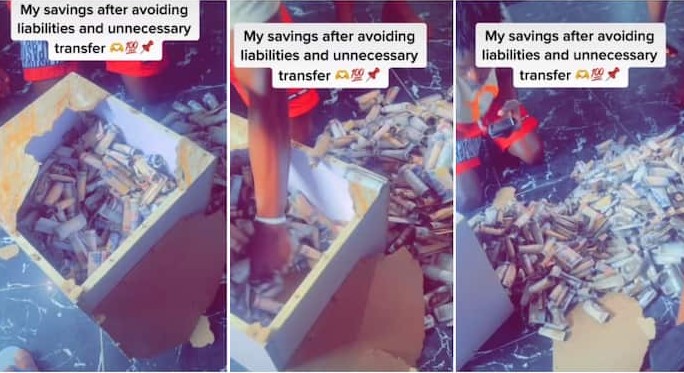 A Nigerian man has amazed social media users after he revealed how much he was able to save in his kolo box.

He broke his savings box in a video trending online and found more than N2 million inside.

The young man expressed disbelief that at the amount of money in the box as he packed it all out. After counting it, he said that it totaled N2 million and sixty-five thousand.

According to the man, he used to put at least N40,000 in the piggy bank once a week.

He further said that he was able to save such an amount by “avoiding liabilities and unnecessary transfer.”

Someone who was in the background of the video jokingly stated that even Africa’s richest man, Aliko Dangote couldn’t realise such.

Sharing the video, he captioned; “It’s important bruv …. Just commot mind say you get savings , it will surely pile up.”