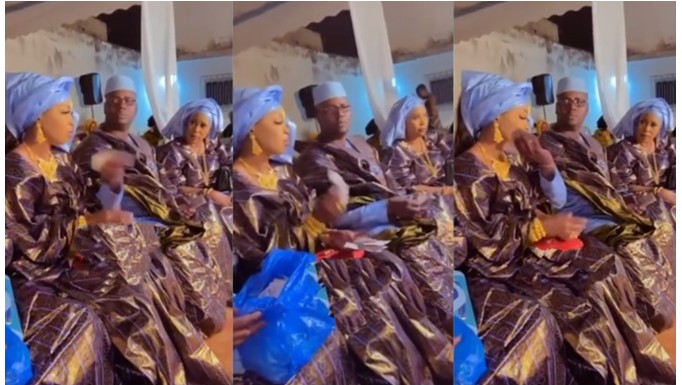 An online video depicts the moment a man who ha‎d married three women revealed his fondness for one. 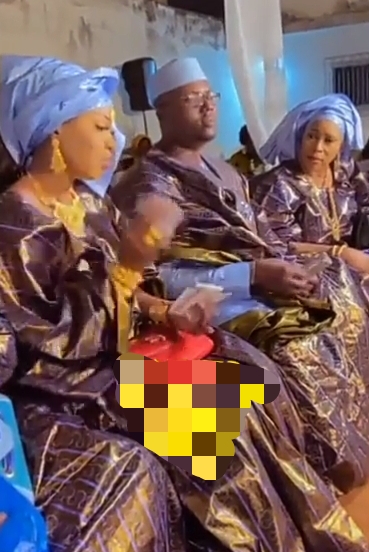 They all went to a function with him, dressed same, and sat together as performers delighted attendees.

The younger wife, who is said to be the most recent, was doused in cash as the situation heated up. He continued doing that, drawing the senior wife’s attention as she continued to stare in shock.

The man however, paid her no attention as he continued to spray the cash on the younger wife’s face and she was busy hurriedly packing it inside a black leather bag.

The video has elicited reactions from social media users who advised he balance his act; 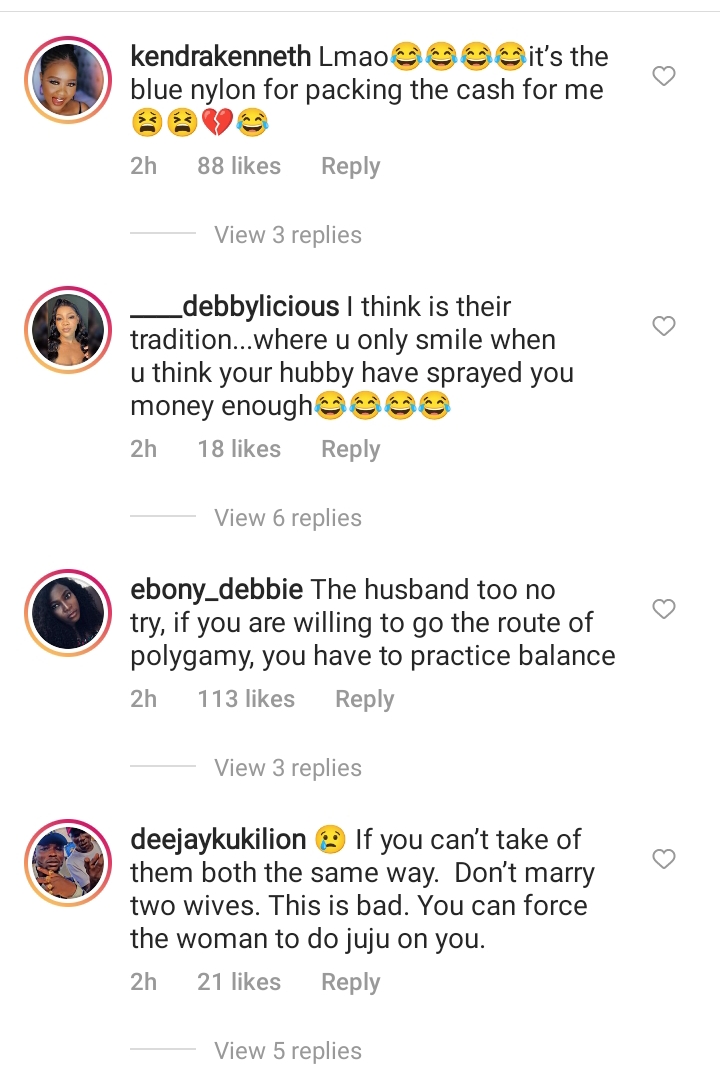 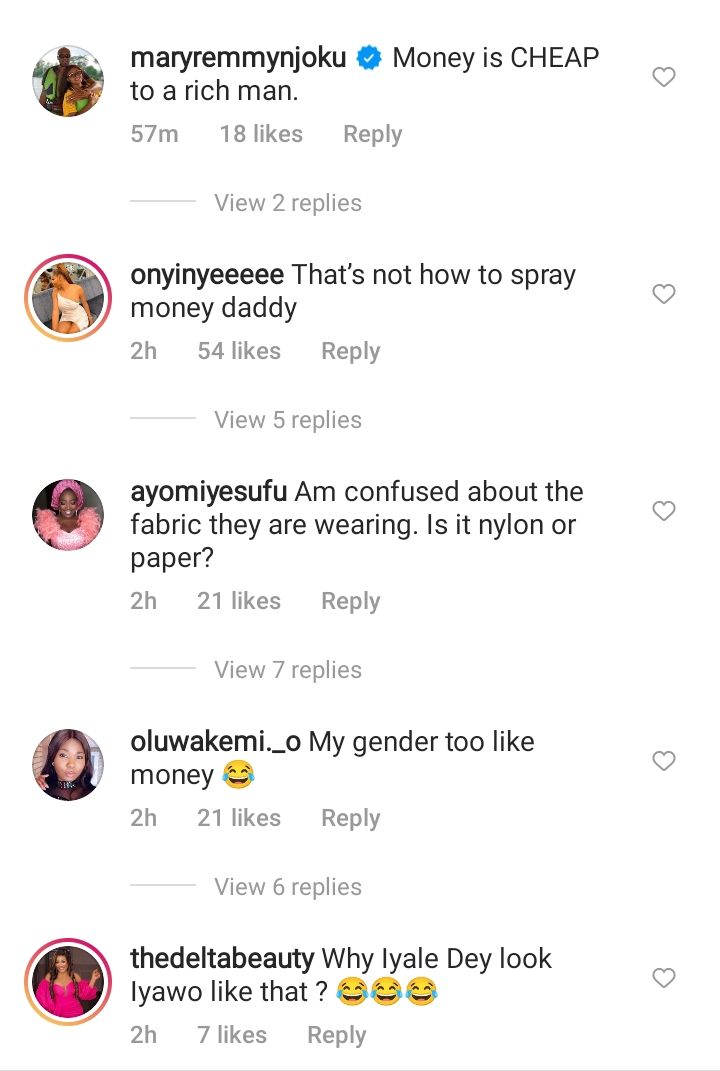