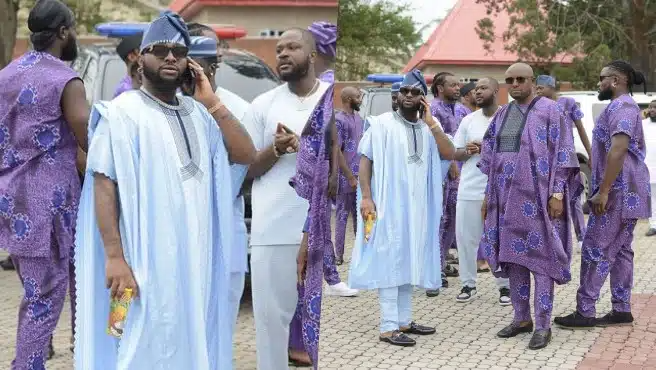 Davido, a Nigerian singer, has been spotted for the first time since his son’s death, ahead of Senator Ademola’s inauguration.

Senator Ademola Adeleke, the singer’s uncle, is to be sworn in as Governor of Osun State today, November 27th. 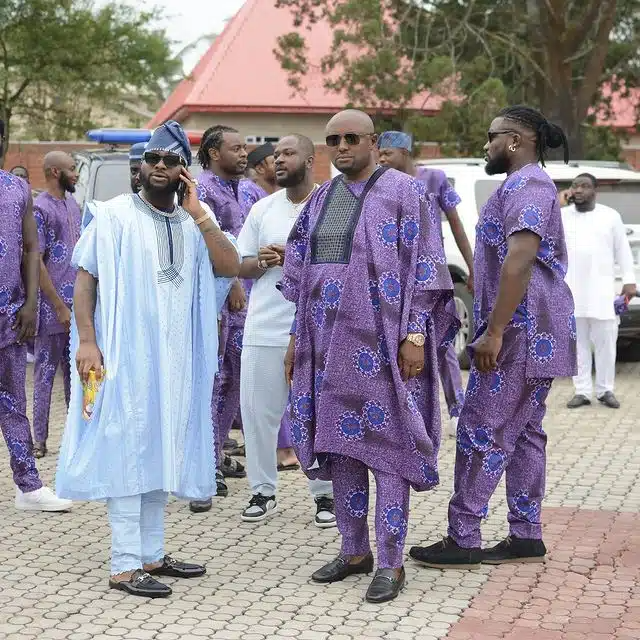 Davido was pictured with his family and friends as they prepare for his inauguration.

Isreal DMW, his logistics manager, shared photos of him and the singer at the event.

He captioned the photos,
“Oga, no go ever minus, we outside @adeleke_01 Osun State Governor”. 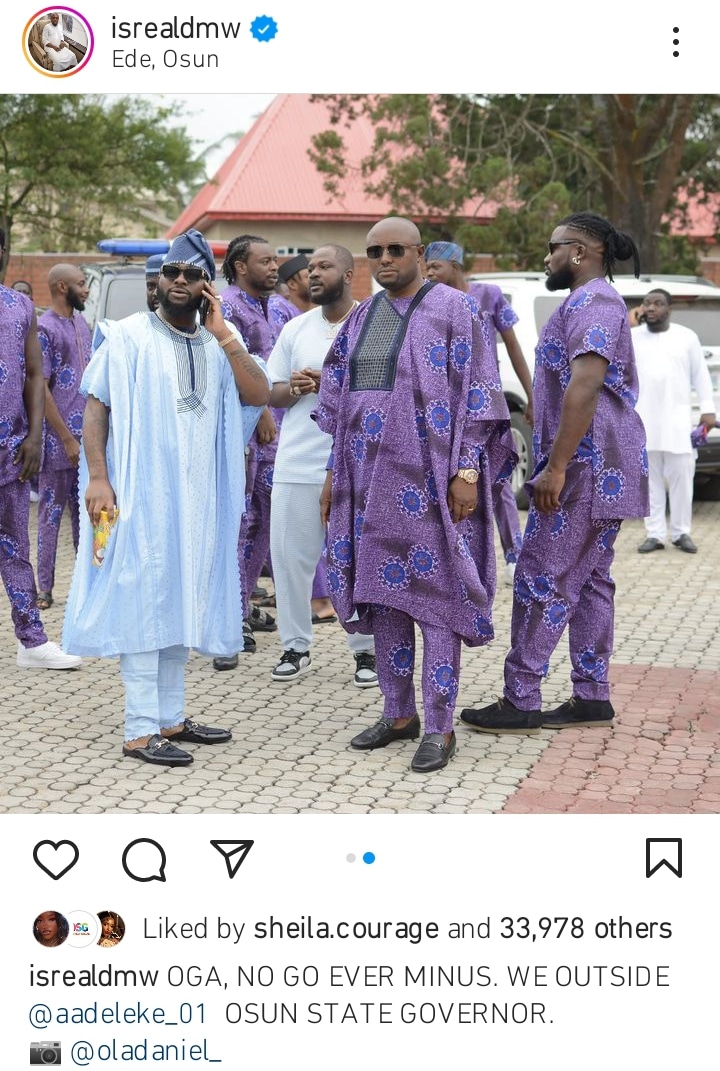 In other news, On Twitter, a woman recounted how her husband and she met for the first time. He thought she was a wealthy woman at first, not realizing she was just a maid.

She disclosed that she was a single mother who was a hotel maid at the time, as was observed on Twitter. She once jokingly donned a Dolce & Gabbana coat belonging to a customer.