Emotional moment Dj Cuppy gets engaged by her white boyfriend 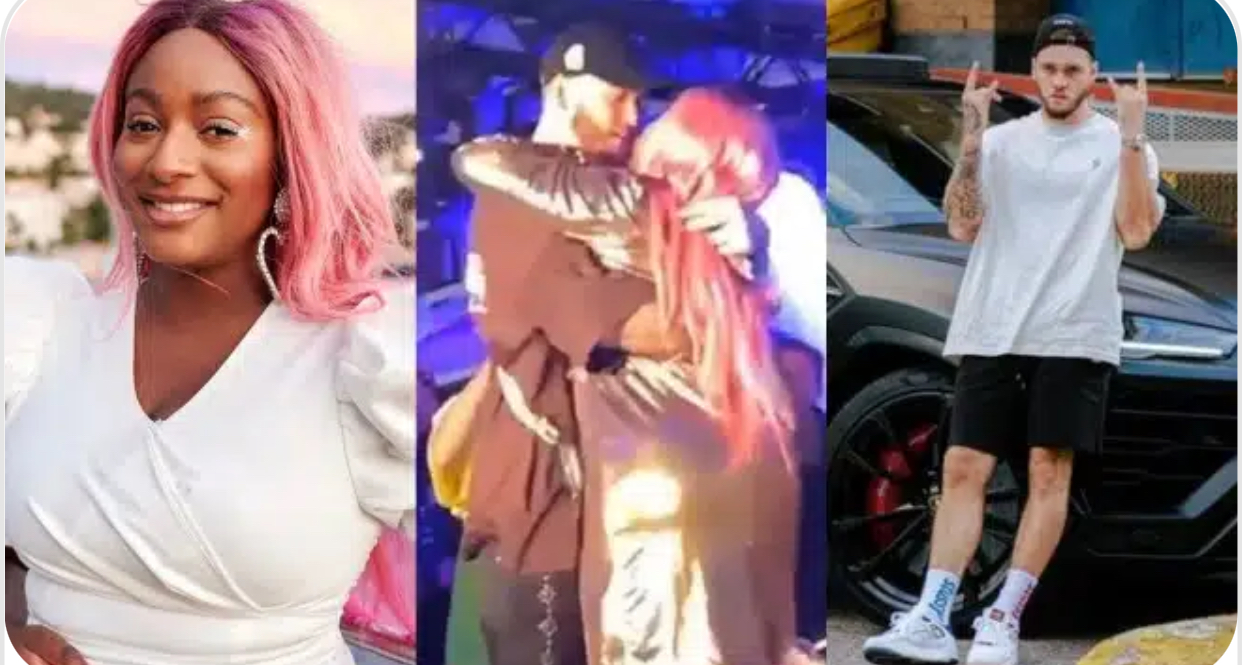 Dj Cuppy, a well-known disc jockey and the daughter of a billionaire, has officially engaged to Ryan Taylor, a boxer and YouTuber.

A viral video of Ryan Taylor approaching the billionaire’s daughter on a stage and knelt down to ask for her hand in marriage has gone viral on social media.

DJ Cuppy accepted the engagement ring while blushing from cheek to cheek from the shock of the sudden proposal.

The duo shared a kiss after the proposal while the DJ played Bruno Mars Marry You song.

The audience were seen clapping and screaming in excitement of the good news.

Cuppy had earlier reacted to her sister’s engagement a few months ago.

She took to her social media platform to react to the news of her sister’s engagement to popular singer Mr. Eazi.

“How a witch called me at 2A.M” – Toke Makinwa opens up on scary encounter (Video)