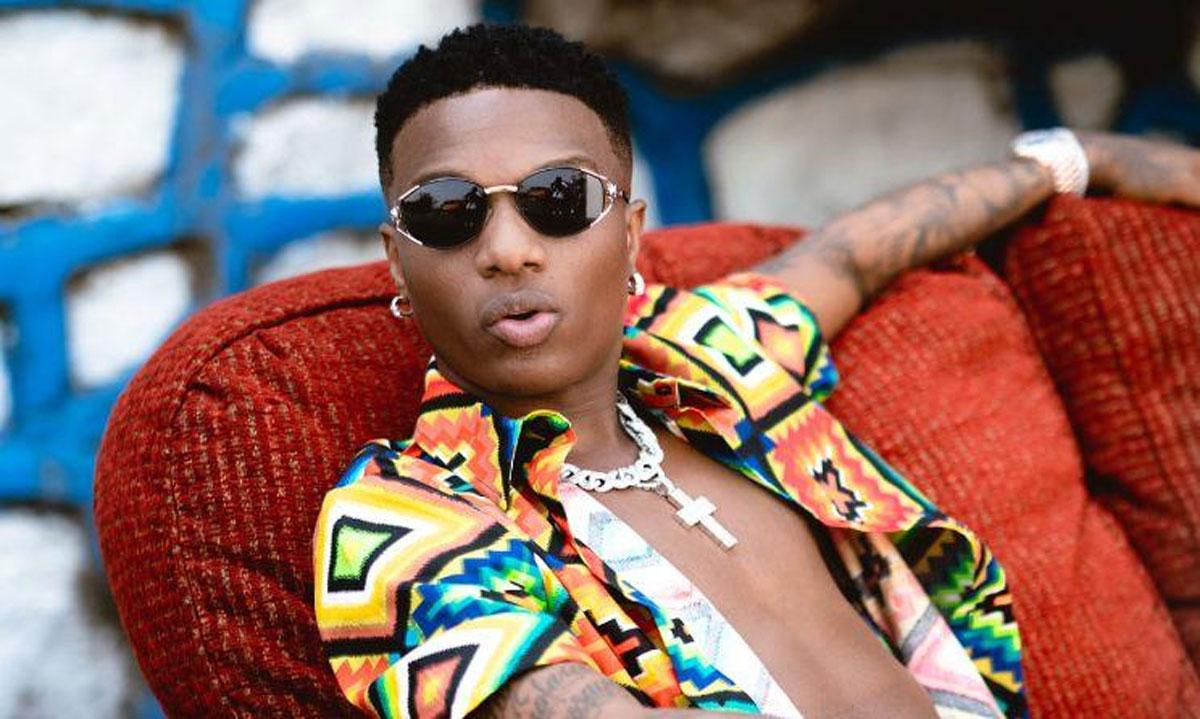 Wizkid, a Nigerian singer, is set to close down Lagos with his final show, which will take place on the beach on December 30th, 2022, causing his fans to panic. 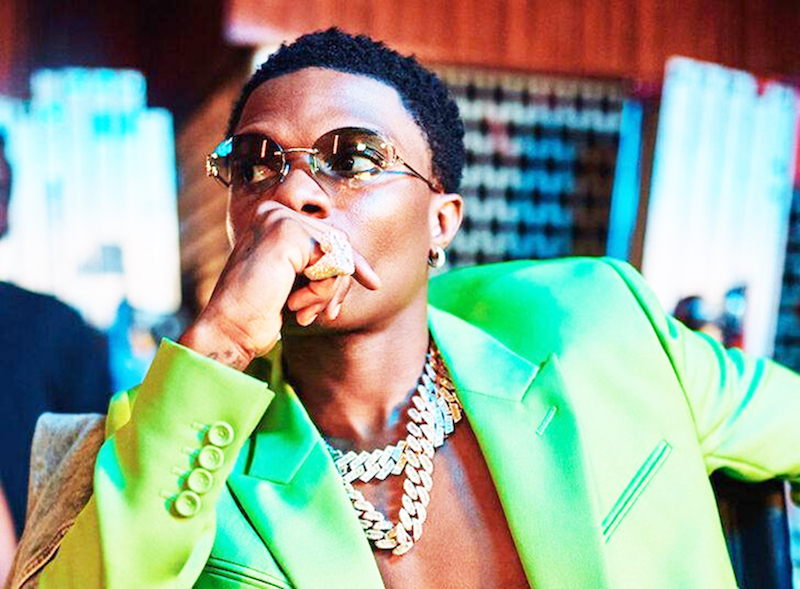 When announcing the show date, Wizkid boasted that it would be his final performance in Lagos and there will be a rage.

The show is tagged “Vibes on the beach with Big WIz”.

“Last time I ever perform in Lagos. Let’s rage!!” he announced. 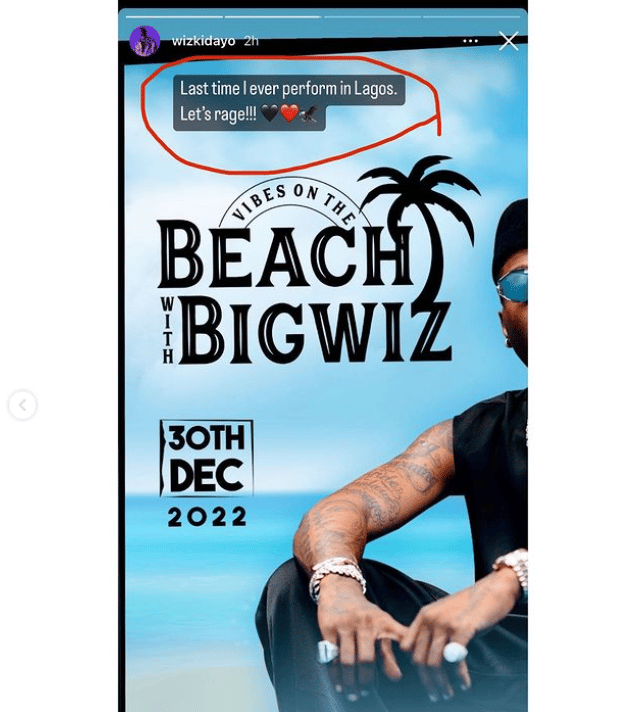 The announcement has since sent his fans into a worried state as many wondered what Wizkid meant by “the last time to perform in Lagos” statement. Many of them feared that the beach show might be his last show in Lagos as he might not perform again in the state after that.

“So he has now passed the level of Lagos state? Is he now too big to be performing in Lagos” one Sodiq wondered

“For the past few days, Big Wiz has been on different levels. It’s well”, one Ade prayed.

“Someone that is “made in Lagos”, that has “More love less ego” a “Superstar” that brought “Ayo” to us??? Impossible… “Dont dull” it! With the “essence” and value he brings he would not forget Lagos because this is where it all began”, One Segun assured.

“The Ego is getting bigger day in, day out. Lagosians are the first that listened to your music when nobody gave you chance in UK, US and the rest of the world”, one Dare fumed.

One Abdul wrote, “There are two approaches to it. One, it is a marketing strategy so people can rush to get ticked and the second one it might and most definitely be his last stage performance of the year and it’s so sweet of home to wrap up his 2022 performance of all the counties and sold out the show he organized this year wrapping it all in Lagos means he appreciates where he comes from. Peace”