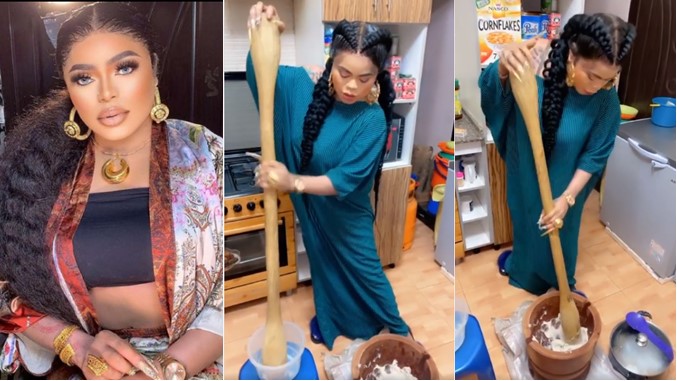 Controversial crossdresser, Idris Olanrewaju Okuneye better known as Bobrisky notifies his future husband to get ready to be fed to satisfaction.

The self-dubbed Rich Mummy of Lagos took to his social media page to show off his cooking skills. 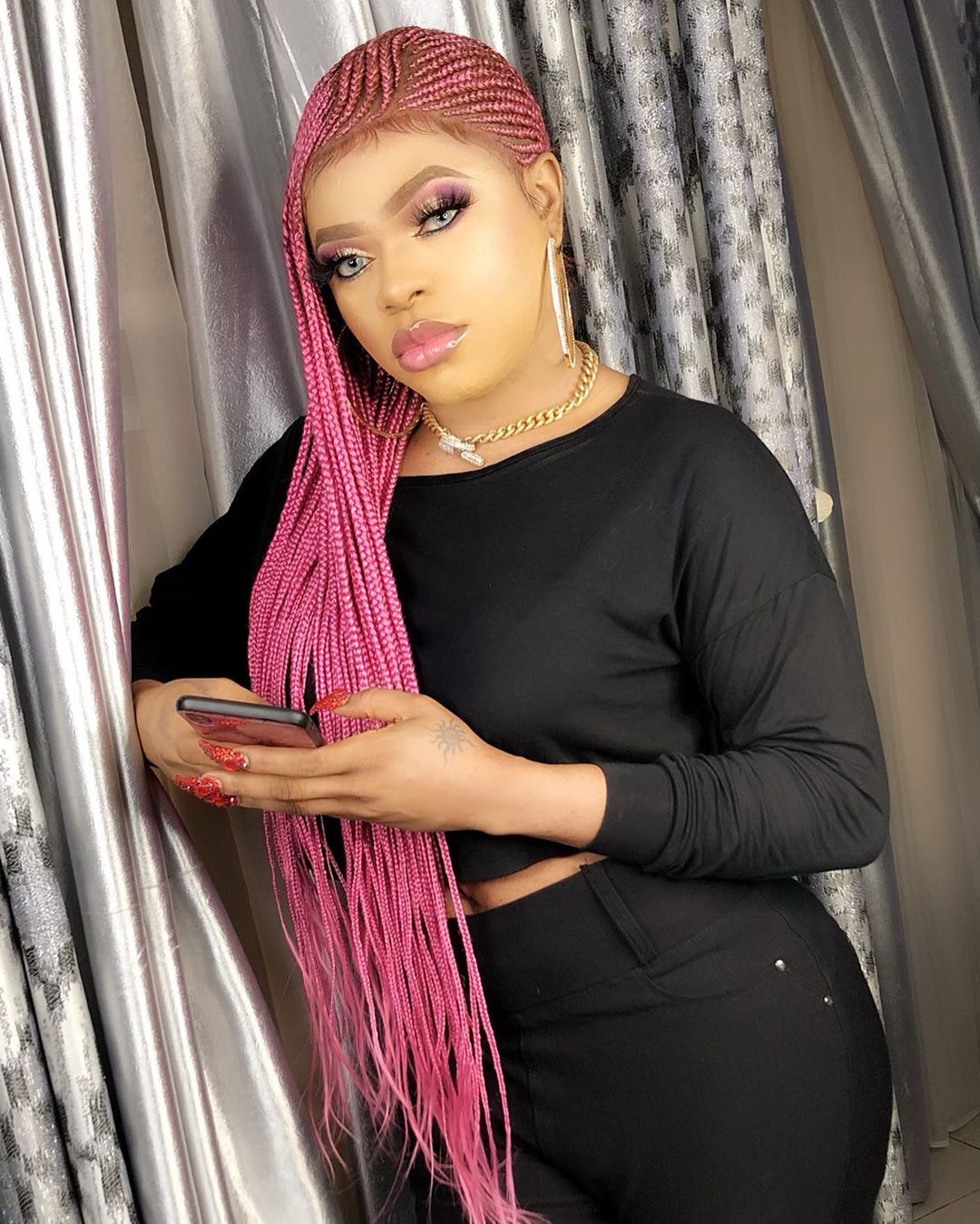 He shared a video of himself diligently pounding yam with a piston in the kitchen.

Bob said that his future husband should get ready for him as he would feed him till his family hardly recognizes him.

In other news, A Nigerian man allegedly called off his wedding one month before the big day after discovering that his fiancée had visited her ex-boyfriend.

The wedding was supposed to take place in December, but after learning what his wife-to-be did after they got engaged, he decided to dump her.