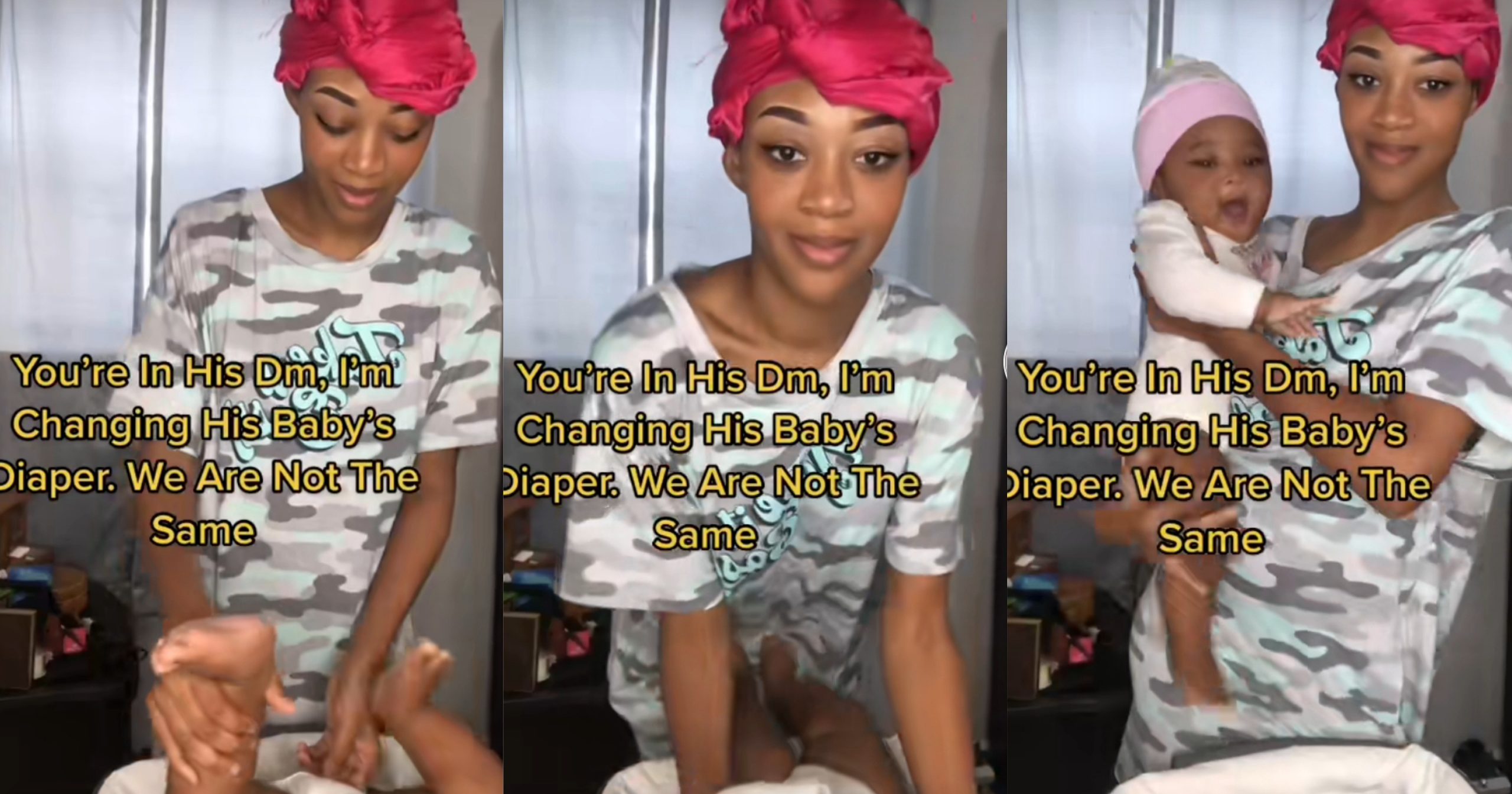 Taylor Jaee on TikTok has declared that she is not on the same level with the women in her man’s DM because she has a baby for him.

In the video, she was changing a baby’s diaper, while making her stand known to ladies.

She wrote the caption :

“You’re in his DMs, I’m changing his baby’s diaper. We’re not the same.”

Netizens in the comments did not see this as an achievement as no one seems to be interested in changing diapers.

@faithkamundi said: “we don even want his babies😂😂😂😂…you can change diapers forever but if it not you,its not you.”

@sarahsilver729: “Ummmm I’m so lost. Are we at the point where nothing else matters but sharing DNA????”

@Cynthia Patrick506: “And we want to say thank you Incase we don’t thank you enough😂 because who wants to be changing diapers yet?🤣🤣😭.”

Pastor slams bus passenger who offered him N30 as offering