Lady calls out BBNaija’s Eric for scamming her of N5.3m and using the money to relocate (Screenshots/Video) 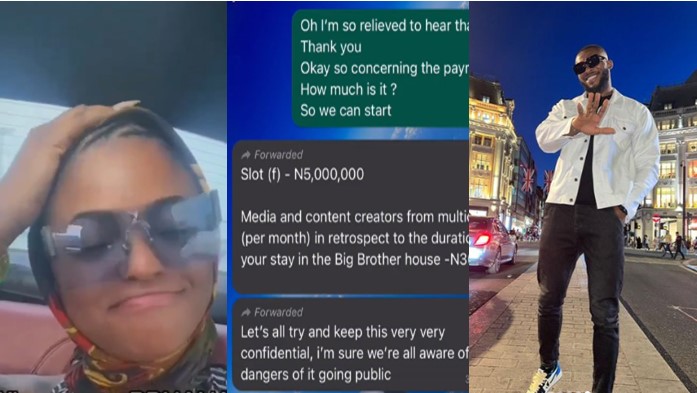 A young woman has gone online to call out out Big Brother Naija 2020 contestant, Eric Akhigbe for reportedly scamming her of N5.3 million. 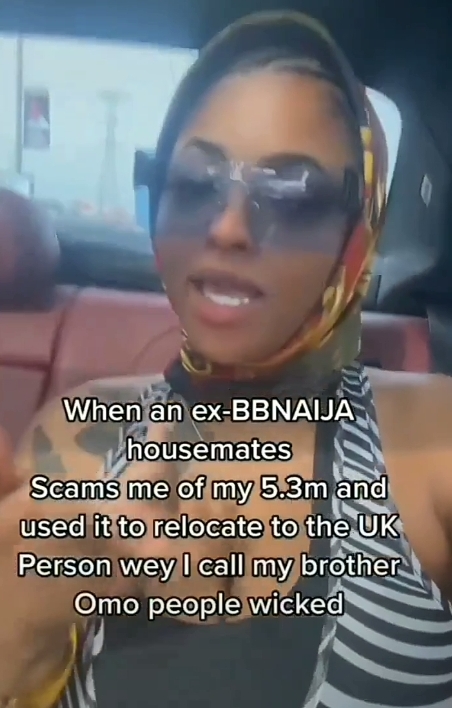 The lady made the allegation on her TikTok account as she alleged that she paid him the cash for an opportunity to get into the Big Brother Naija house. 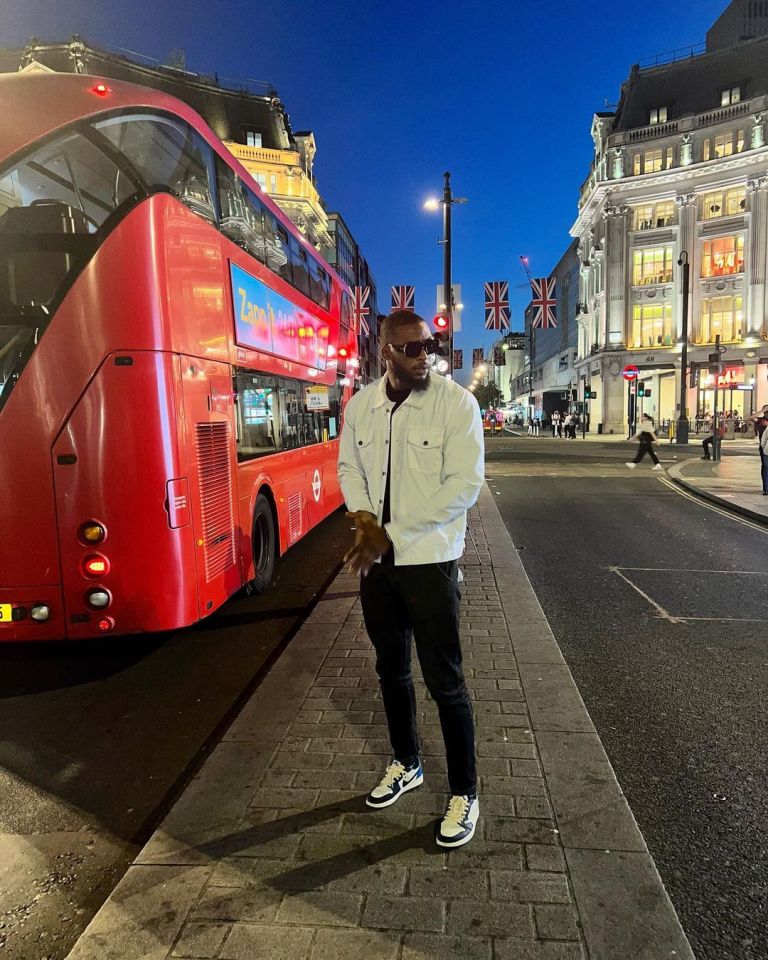 According to the lady identified as babyc.worldwide, Eric used the cash to move to the United Kingdom and refused to reimburse her after failing to help her get a place in the popular show.

She uploaded screenshots of conversations with Eric and a purported Multichoice employee that he put her in touch with. 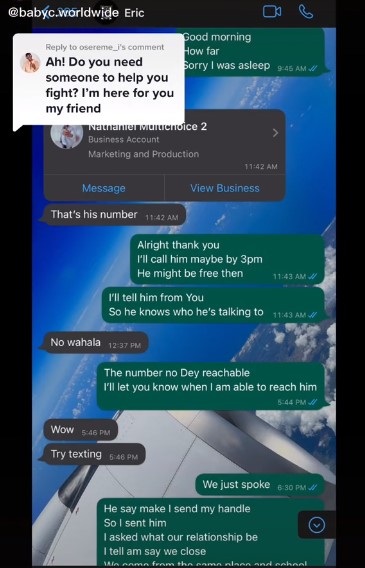 The lady and the purported Multichoice employees negotiated the terms of the agreement and disclosed the cost, which she paid in instalments.

The first payment of N2.5 million, according to the woman, was made in February of this year, and the further installments of N2.5 million and N300,000 were made in March. 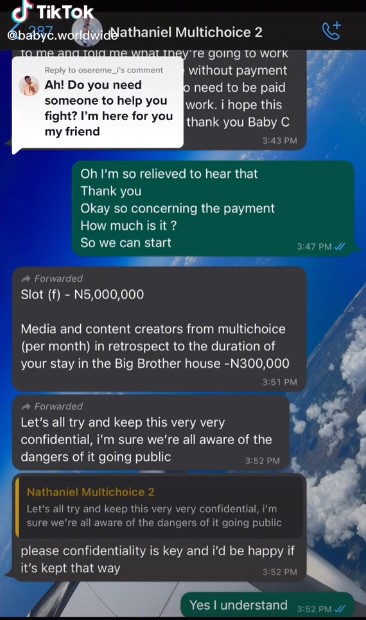 In the screenshots of chats she shared, the rep stated that a BBNaija slot would cost N5 million, while media handling and content creation for her while in Biggie’s house would cost her N300k. 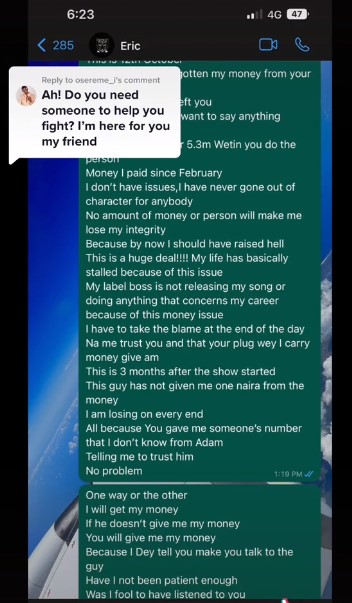 Man fumes at heavily pregnant wife, sends her packing after she caught him with side chic (Video)