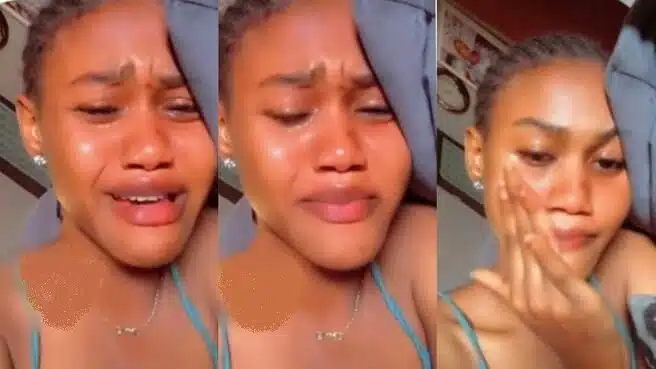 A heartbroken lady sheds tears after the love of her life broke up with her despite having seven abortions for him.

The lady who had been in a long-term relationship with her boyfriend was devastated when he chose to erase all of their memories together.

In a video shared online, the heartbroken lady was seen sobbing uncontrollably; a caption on the video conveyed that she had been with her boyfriend for seven years.

“I stayed when he had nothing” – Lady…

She also revealed that she had within those five years had seven abortions for her lover.

Meanwhile; A heavily pregnant woman swears she will give up on childbirth after the birth of her current child as she wails in labor pain.

A viral social media video captured the moment a pregnant woman decided not to have any more children.

“After this one, I no do again” — Pregnant woman tears up over labour pain (Video)