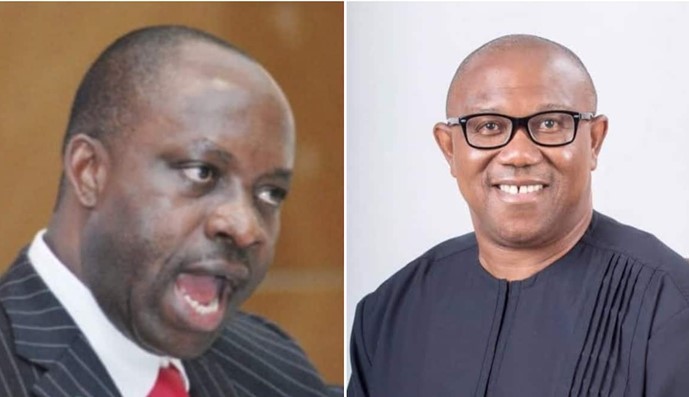 He addressed the former two-term governor of Anambra state in a lengthy opinion piece in which he made this statement.

Obi is only playing a game, according to the former governor of the Central Bank of Nigeria, who claimed that Obi is aware he cannot win the presidential election.

Soludo said; “Let’s be clear: Peter Obi knows that he can’t and won’t win. He knows the game he is playing, and we know too; and he knows that we know.

“The game he is playing is the main reason he didn’t return to APGA. The brutal truth (and some will say, God forbid) is that there are two persons/parties seriously contesting for president: the rest is exciting drama!

“That many Americans may not like the fact that Joe Biden (79 years) and Donald Trump (76 years) are two frontrunners for president in their parties does not remove the fact that if both of them emerge as candidates, definitely one of them will be president in 2024.

“As my brother, I wish him well and even pray for him. I told him during his courtesy call that my prayer is that himself or Prof Umeadi of APGA would win, why not?

“That is from my heart, but I also told him that my head and facts on the ground led me to know that it’s probability is next to zero (what I cannot say before you, I won’t say behind you).

“So I already told him my opinion. Indeed, there is no credible pathway for him near the first two positions, and if care is not taken, he won’t even near the third position.”

Singer, T Classic cries out for protection as man threatens him over girlfriend