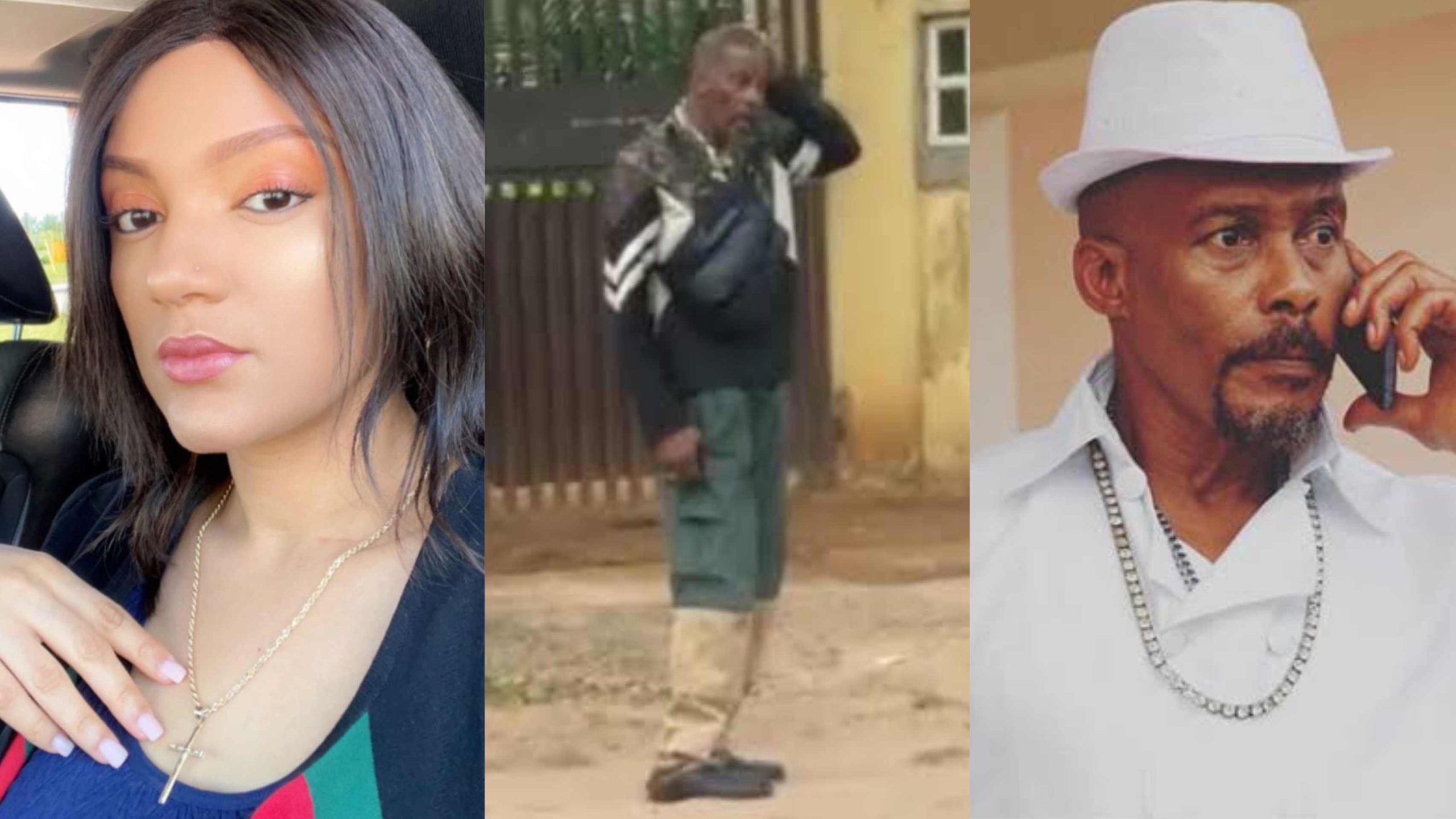 Ex BBNaija housemate, Gifty Powers has slammed Nigerian celebrities who show off opulence on social media but fail to help their colleagues in need. 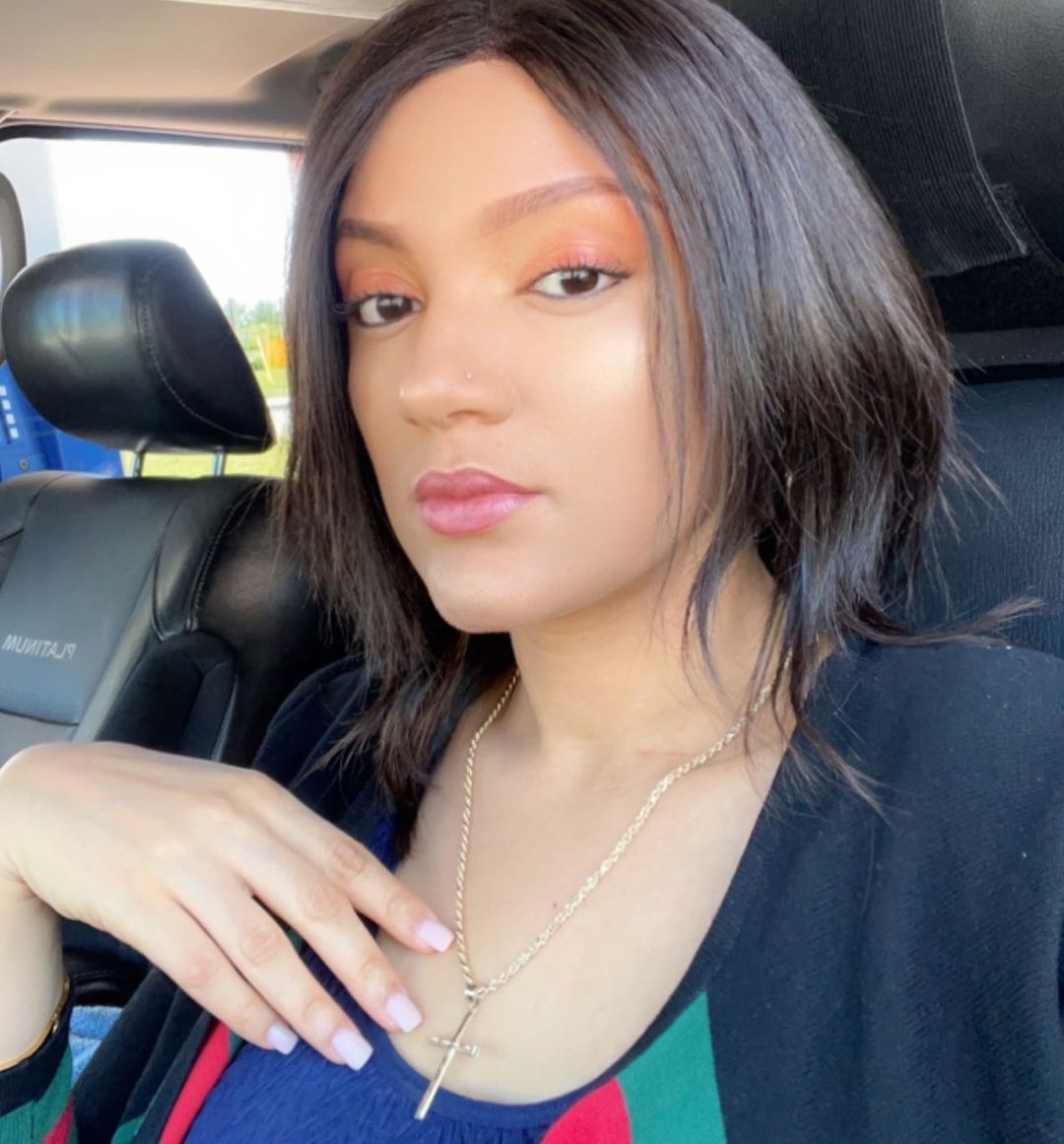 The reality star took to Instagram to berate celebrities who are seemingly wealthy but have failed to help veteran actor, Hanks Anuku who is speculated to be mentally unstable.

It would be recalled that Hanks Anuku had been spotted on the streets of Asaba in dirty clothes which stirred concern from Nigerians. 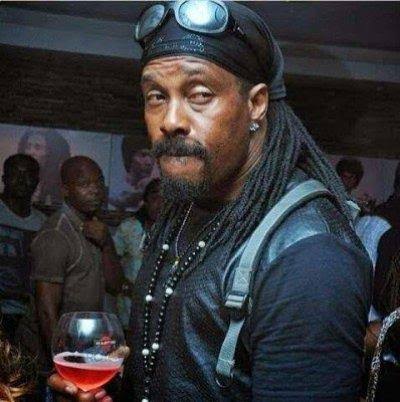 “It’s funny how the so-called celebrities post their luxuries on their ease, etthe can’t afford to contribute something on behalf of Hanks Anuku.

The so-called multi-billionaire daughters and fathers, the ones married to upcoming politicians, the actresses who sleep with politicians, the actors who do the yahoo, the singers, the musicians. .. It’s a shame y’all can’t come out to support a collea+ ue whois runnin» mad! onthe streets.

Well, it’s the world we live in. People sacrifice their souls, just to show off on social media and make the youngsters feel that their effort has seen for nothins.

And after hanging their dirty undies outside, they come on their saee and write “with God all things are possible “…” small girl big God”….”we thank God for it all” as their cation… 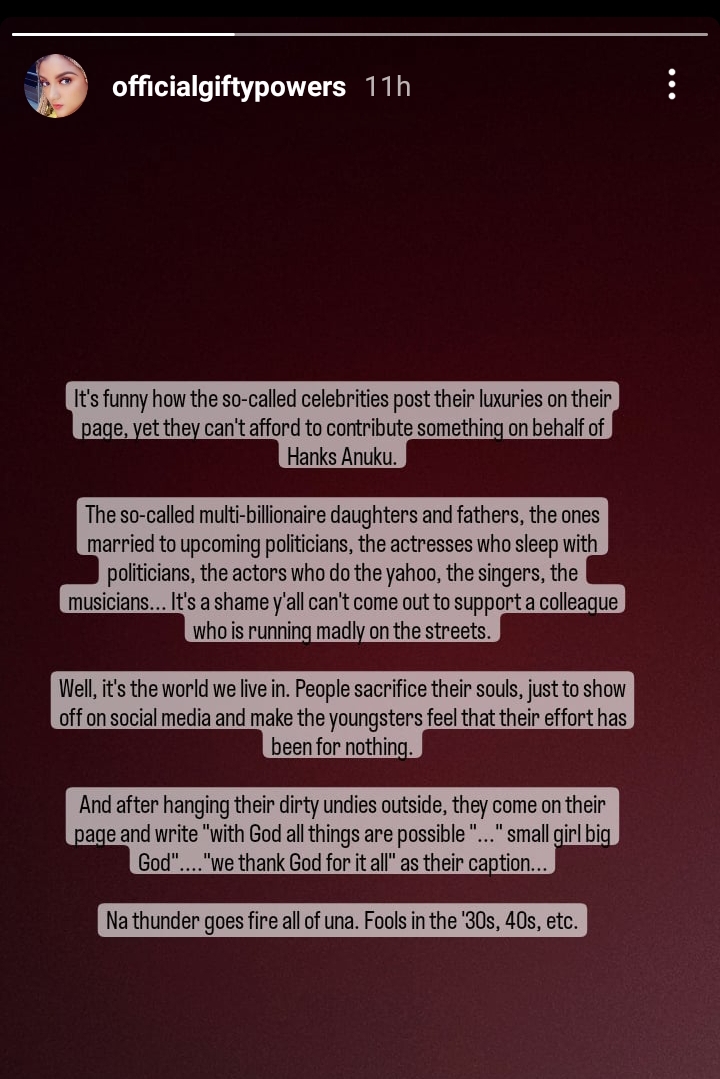