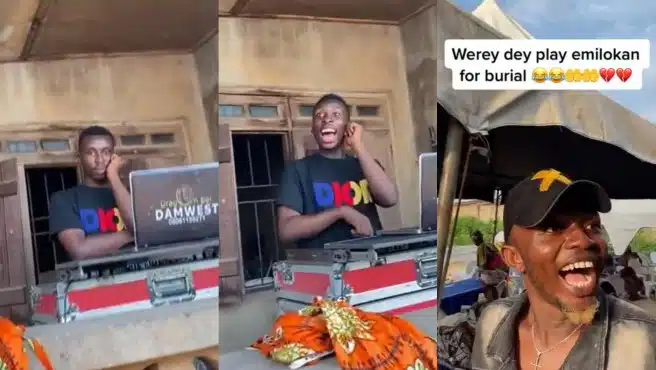 At a burial gathering, a disc jockey elicited extreme reactions from attendees by playing a song that translates as “I’m the next.” 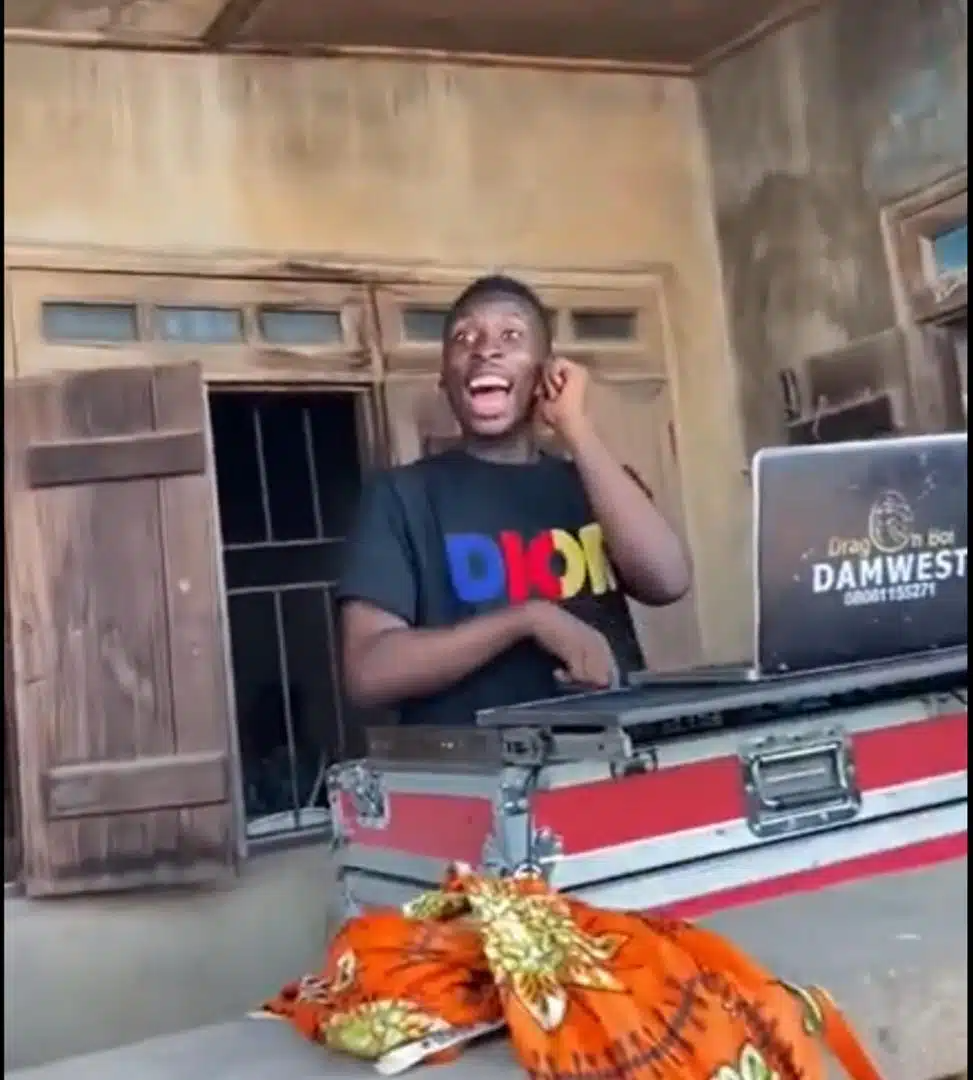 A video circulating on social media shows a DJ unintentionally playing a song by Qdot Emi Lokan (I’m the next) at a burial party.

Two guests approached the DJ to question him about playing such a song at a memorial service for a loved one.

It only took a second for the disc jockey to realize the song he was playing had an unintended meaning for the guests.

In other news, Olaiya Igwe, a Nollywood actor, has revealed how presidential aspirant Bola Ahmed Tinubu’s wife assisted him during difficult times.

The actor stated this while explaining his decision to go naked in support of presidential candidate Bola Ahmed Tinubu.

“He has traumatized us with his shapeless behind” – Vlogger, Yeye lambastes Olaiya over unclad act (Video)