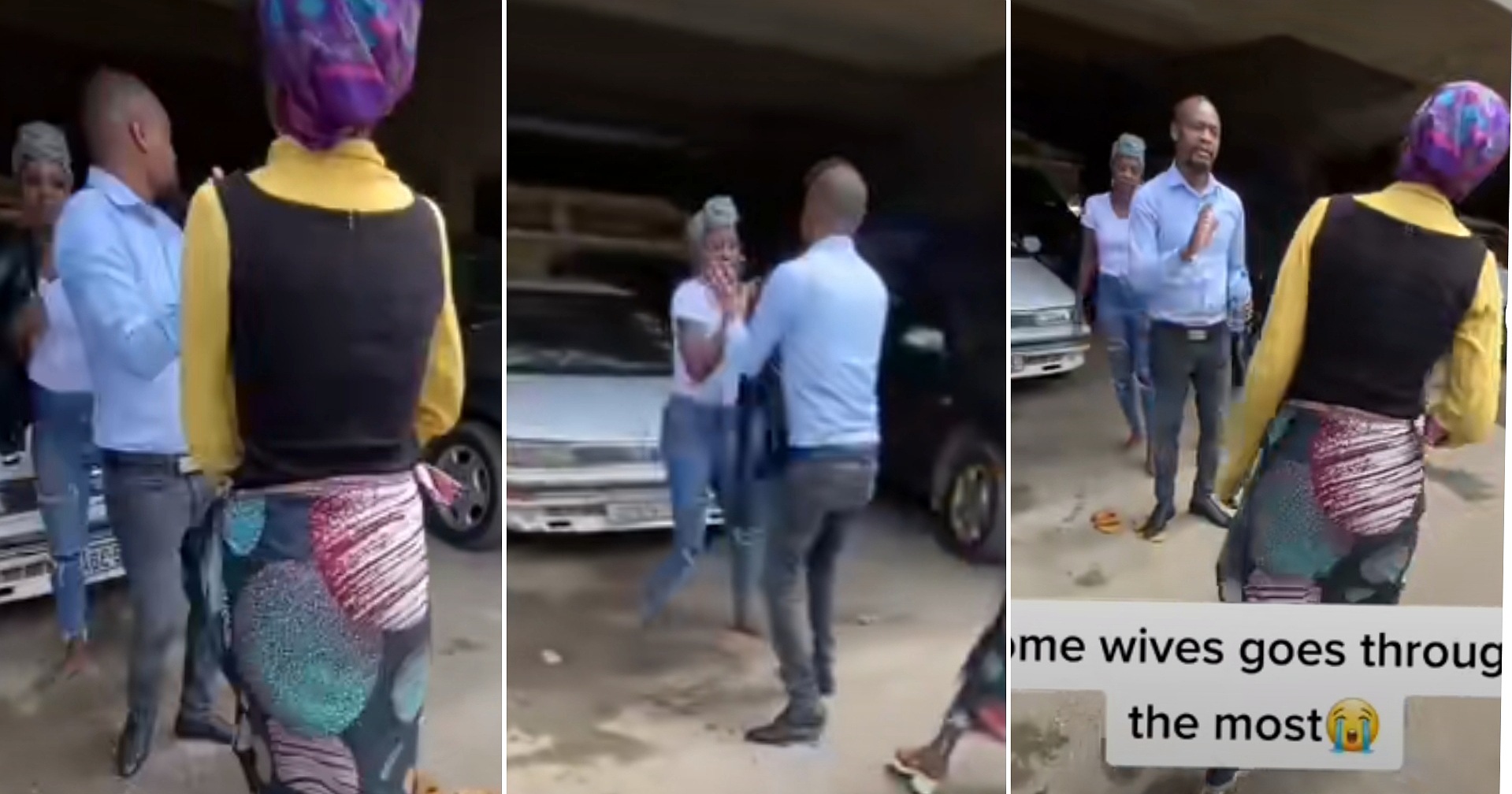 A married Nigerian woman recently caught her cheating husband at a location with his mistress.

In the video, the angry lady pounced on the both of them and almost fought the lady for having a thing with her husband.

This stirred mixed reactions from netizens as many blamed her ungroomed appearance as the reason for her husband cheating. Others claimed that men will always cheat even if she was all dolled up like singer Beyonce.

How I tricked my husband to send N500k to his sister –…

@ratty_231 said, “I can never fight no body I just walk away I swear I can’t embarrass my self because of a Man 😂.”

@tabbie.thabi said, “I hear you all but this guy is very much disrespectful.. look at how he picks that jacket and put it on her girlfriend infront of his wife😏😏.”

@simplymi44 said, “It doesn’t matter how you dress you could be Beyoncé and your man will still cheat it’s not the wife’s fault it’s his fault.”

@wasuk01 said, “and maybe the husband even doesn’t give her enough money for clothes.”

@annasich0 said, “me dont understand why she is fighting the other woman rather fight the your hu give him claps.”

“Stop demonizing CS” – Doctor advises as lady loses womb, baby after refusing to be operated on due to religious beliefs