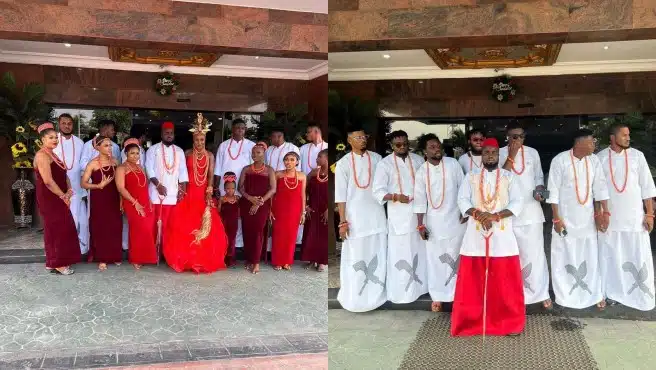 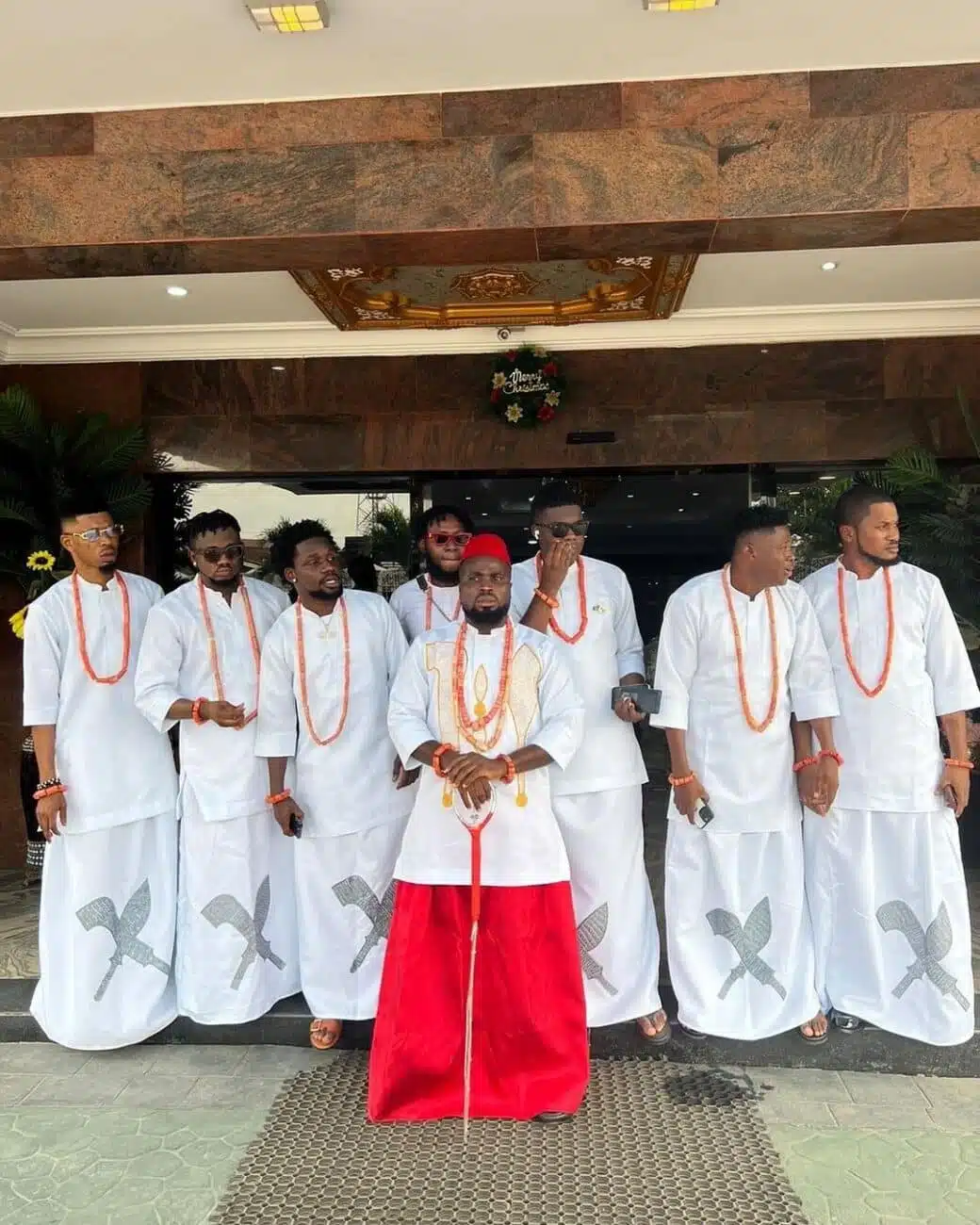 Sir Balo was captured sometime in June 2022, asking the love of his life to marry him, and she said ‘yes.’

Today, December 1, 2022, the comedian was photographed with his groomsmen in Benini City, where he traditionally asks his bride to become his wife.

Photos from the ongoing event were shared by Sir Balo via his Instagram story. The picture captured memorable moments of the new couple, as they posed with their friends and family. 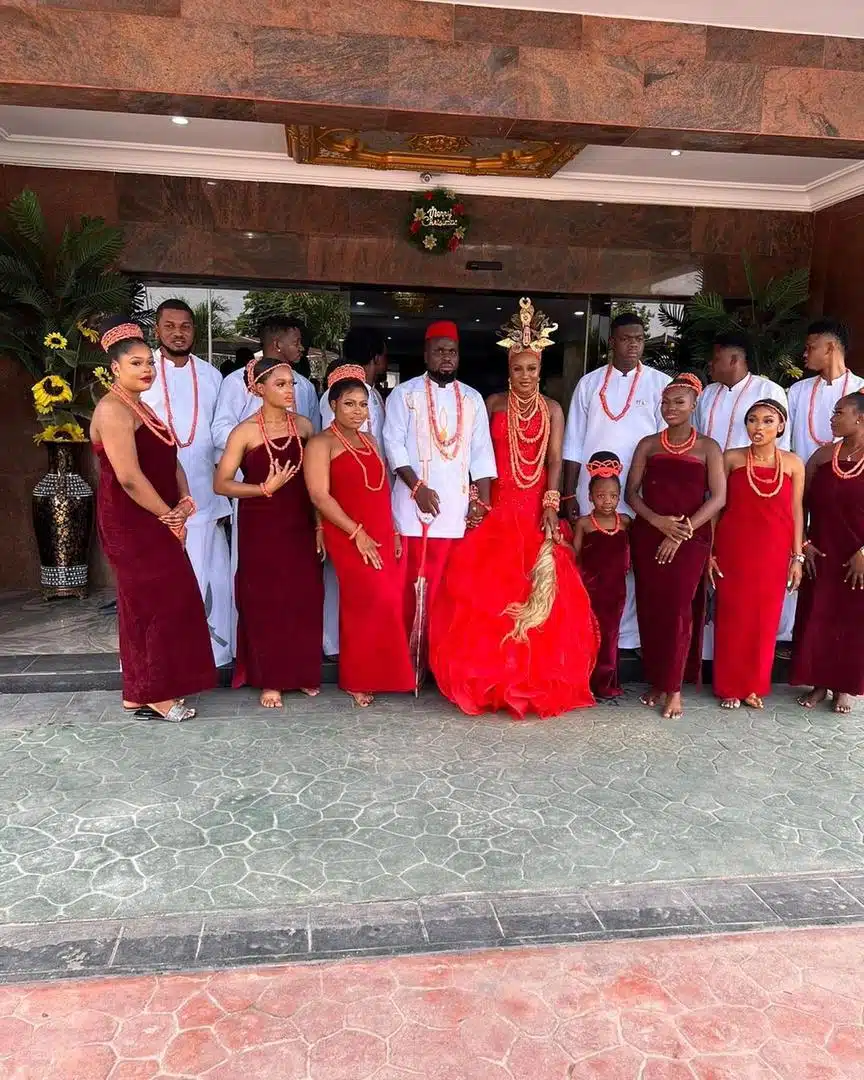 Fans of the comedian have shared their goodwill messages with him.

“Make una come learn how to sing real music from me” – Portable summons Rugger, BNXN as he rubbishes their songs (Video)