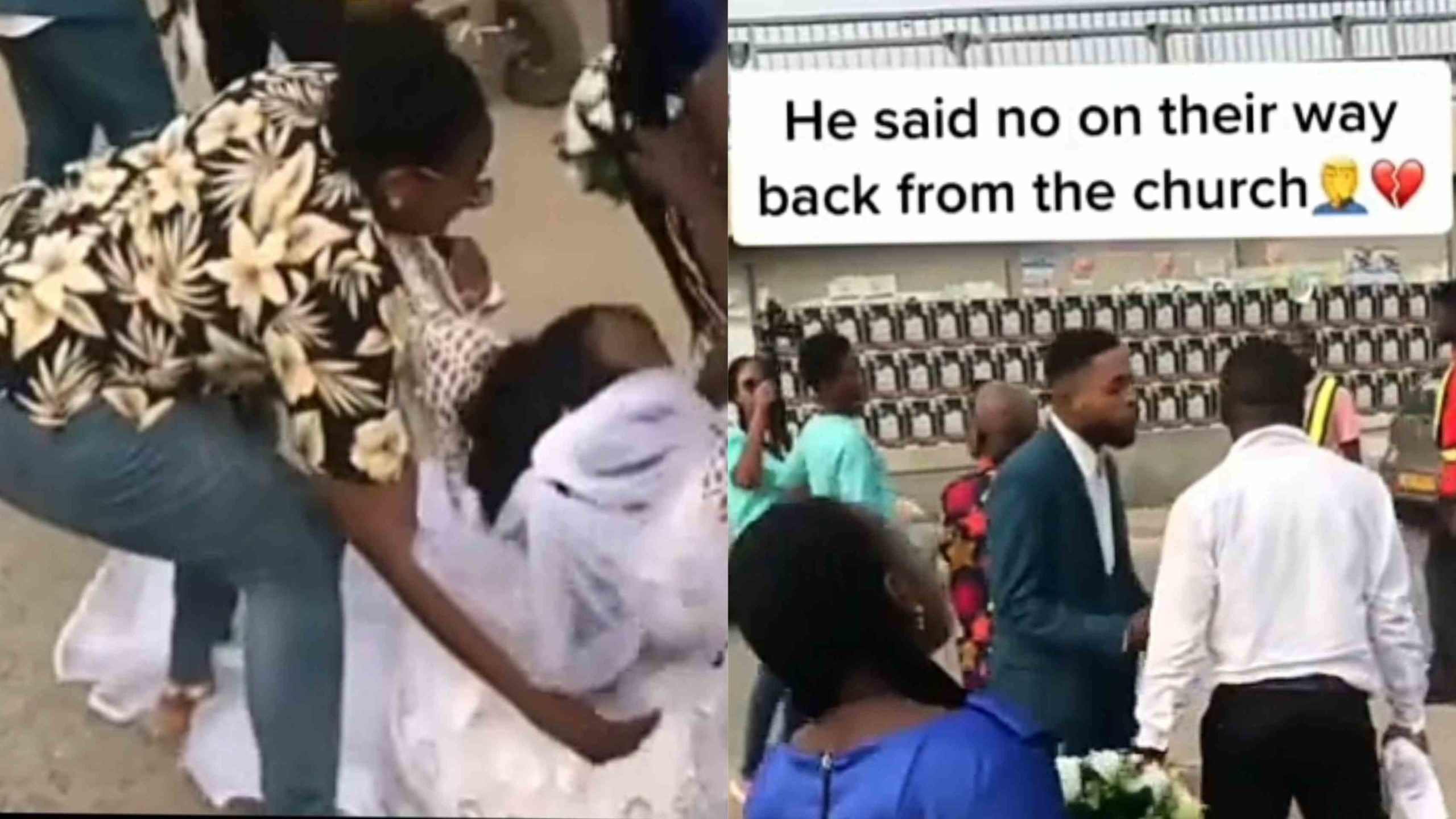 A Nigerian man has reportedly dumped his wife while they were on their way back to church after their wedding. 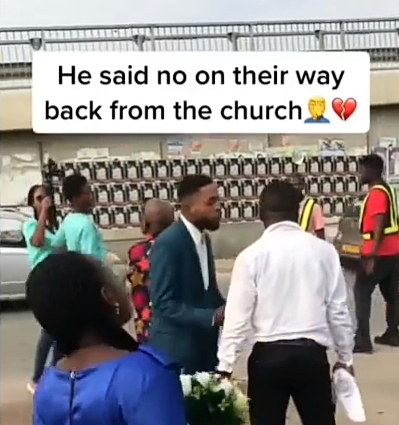 According to reports, the incident had occured in Ghana and spectators had gathered to try to ascertain what had happened.

In a video shared online, the jilted, and sad bride was seen weeping and trying to roll on the ground in agony while some ladies tried to mollify her.

Lady dumps her man after bagging degree because ‘he was no…

Groom dumps bride on wedding day after finding out she…

The groom however refused to answer those who were asking to know why he had suddenly changed his mind on marrying the lady.

He requested for his suit jacket which was given to him, and he angrily left the scene, while his bride kept weeping profusely in her wedding gown.