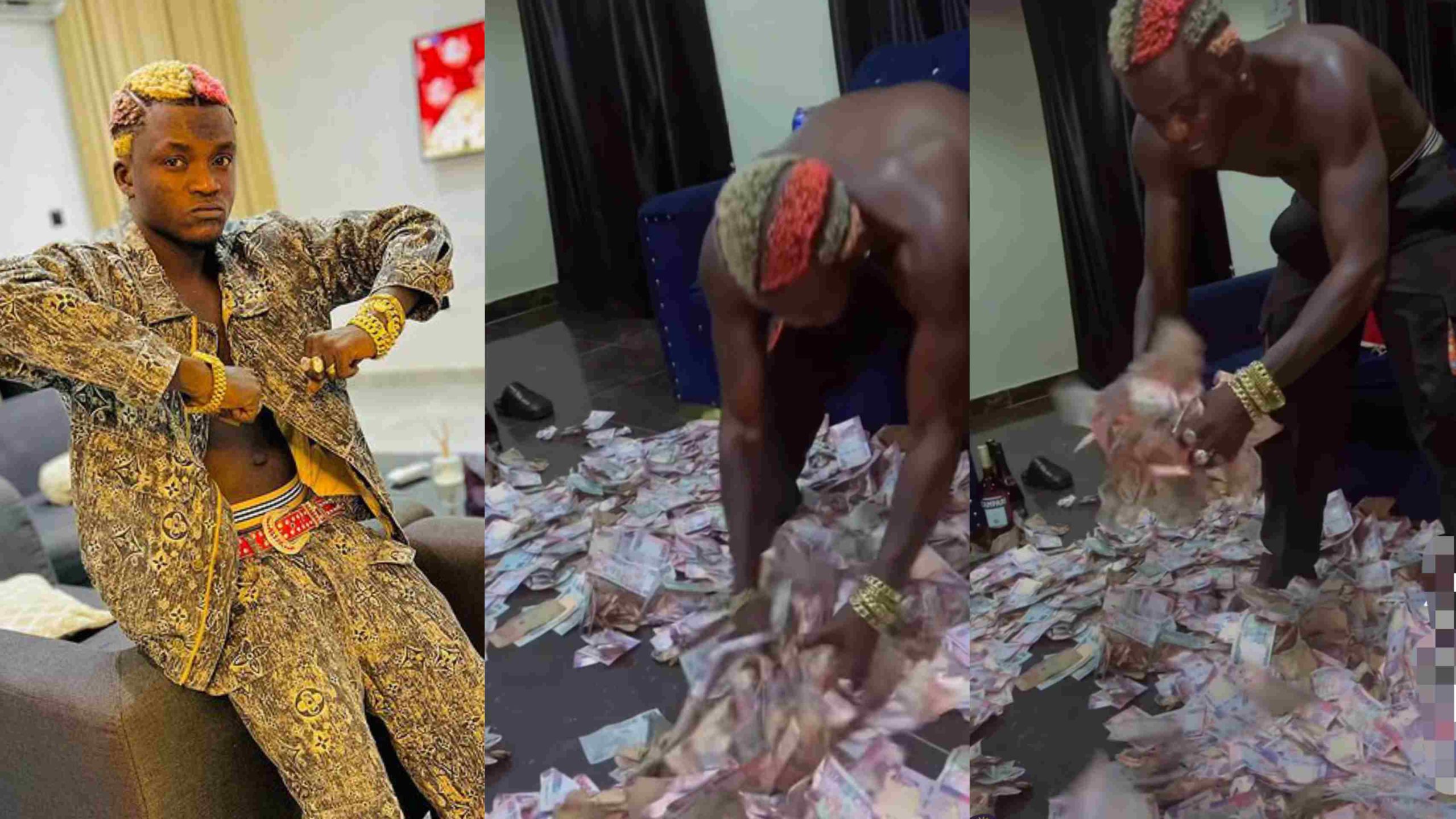 Controversial street hop singer, Habeeb Okikiola better known as Portable has once again bragged and shown off his stacks of money. 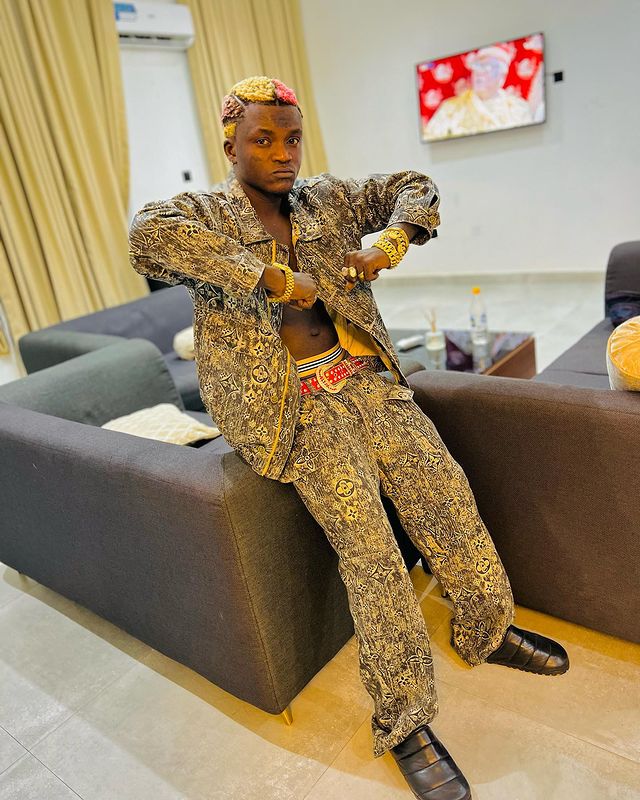 In a video which was shared on his Instagram page, the ‘zazzo’ star who’s currently making the news revealed that his fans had sprayed him lots of money.

Apparently, the singer had gone for a show where fans sprayed him naira of different denominations.

He took online to flaunt the cash which had been strewn on the floor in his room while declaring that nobody has made the cash his made this year.

Reacting, _sueldelioness wrote: “Happiness is FREE!!! The denomination sprayed doesn’t matter,it’s the luv shown him he appreciates more obviously and this is what life should be about. Congratulations portable”

ace_tlg wrote: “This Portable guy, trended from January to December. It’s the Consistency for me. Akoi Grace lori 50 50 Naira” 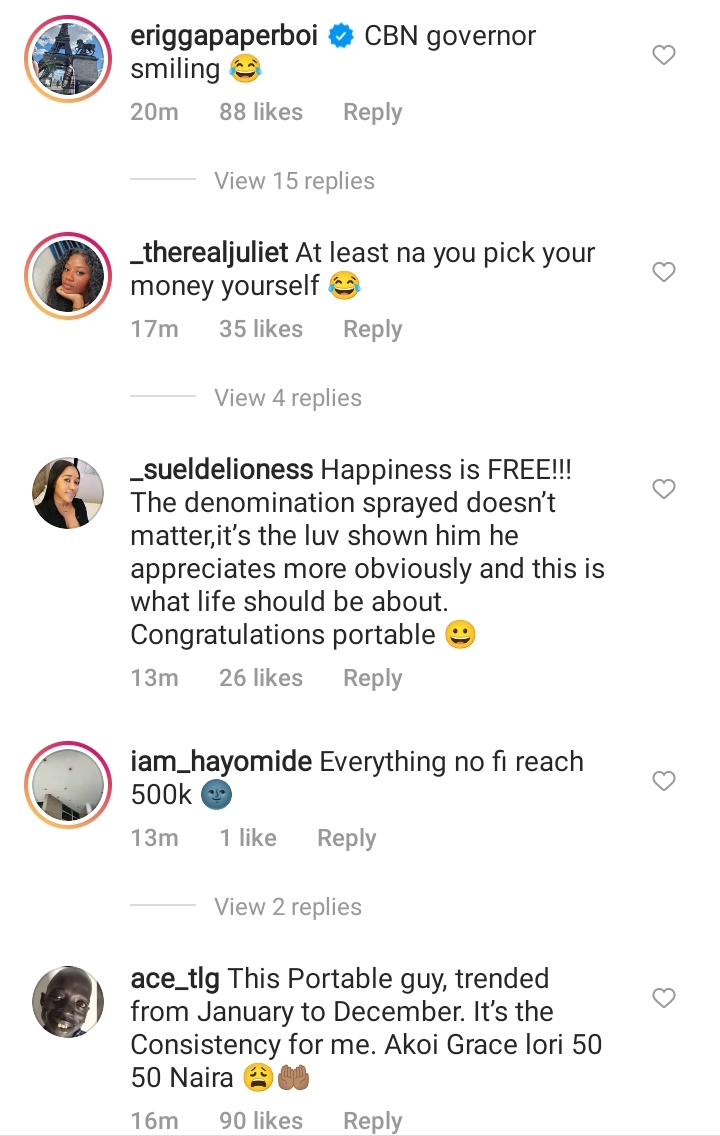 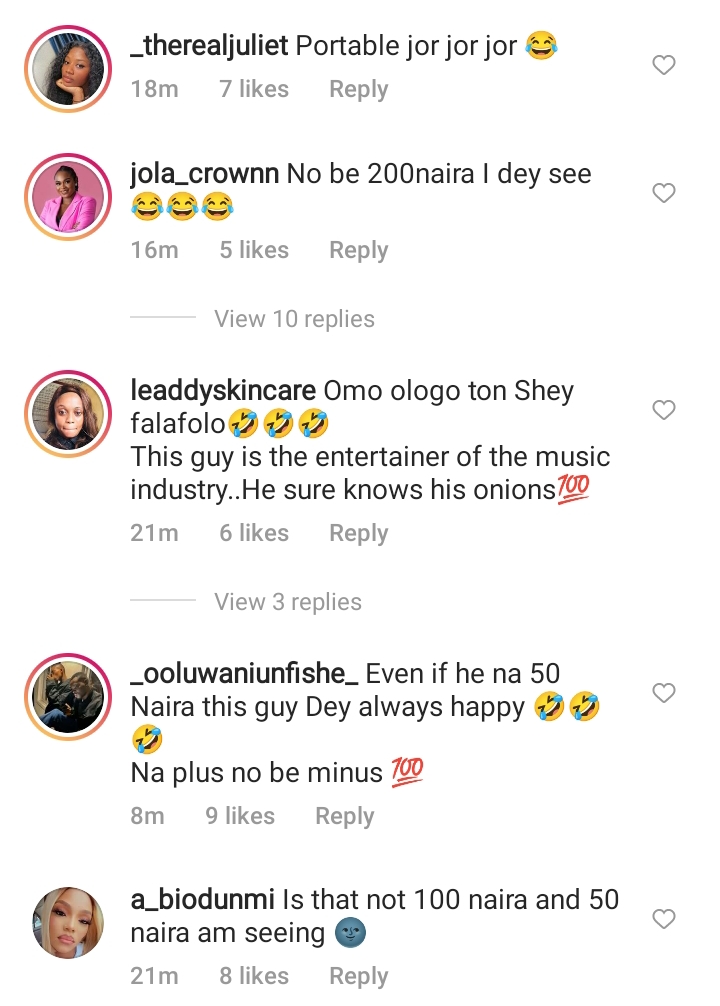