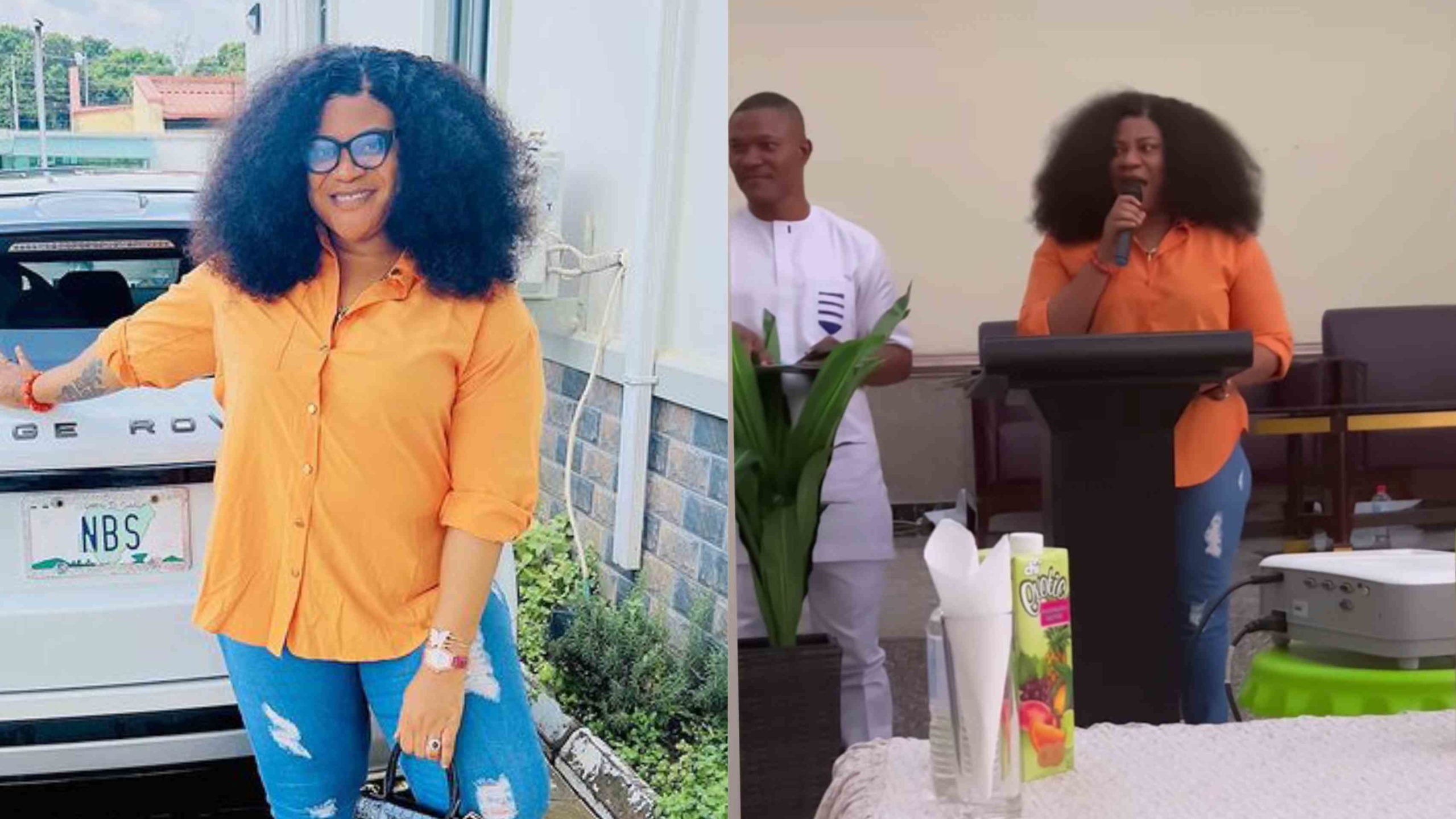 Famous Nollywood actress, Nkechi Blessing has clapped back at those who said she can never be invited to a reasonable gathering as she attends a seminar. 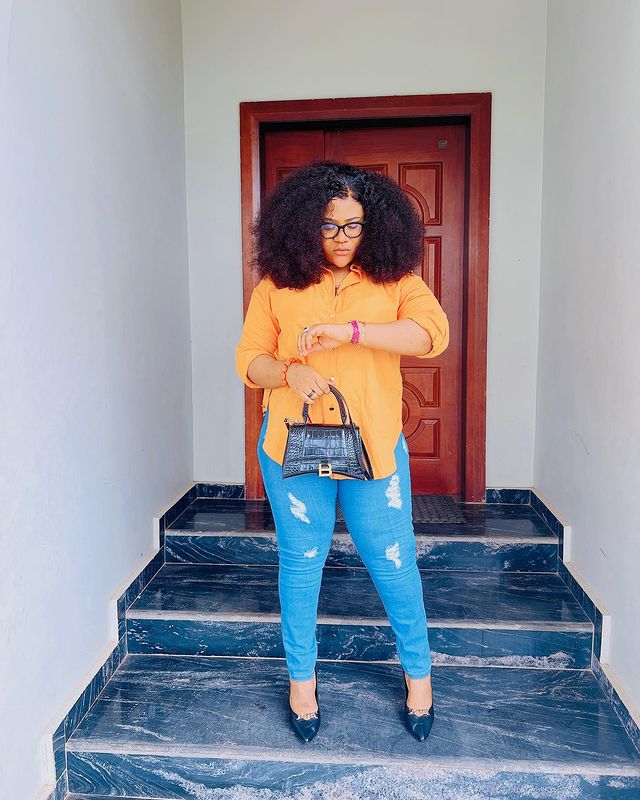 The screen diva released a video of herself in a professional setting after recently causing controversy when she was seen twerking in front of Ooni of Ife at an event.

According to the video she uploaded, the seminar’s focus was how social media was replacing traditional media like radio and television.

Nkechi said her detractors don’t know her God while laughing at those who had stated she could never be invited to a reasonable gathering.

“Someone said nkechi can’t be invited to reasonable gathering🤣🤣 you don’t know my GOD ☺️,” the actress captioned the video. 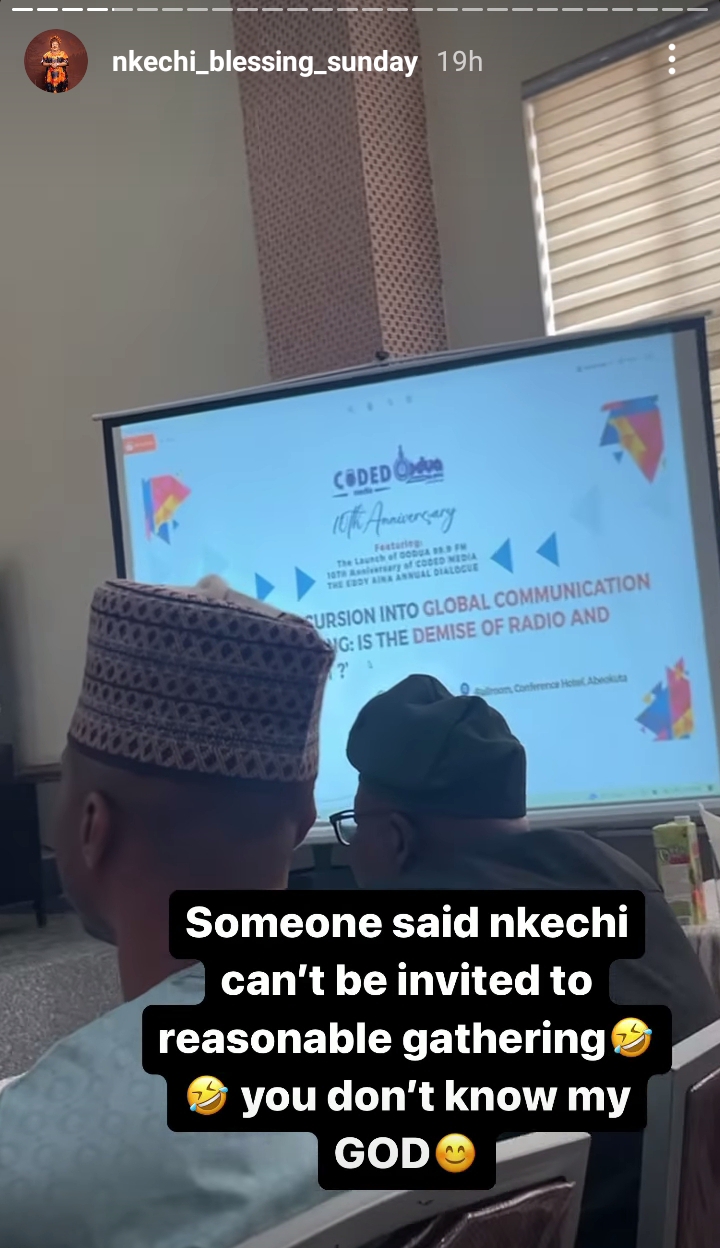