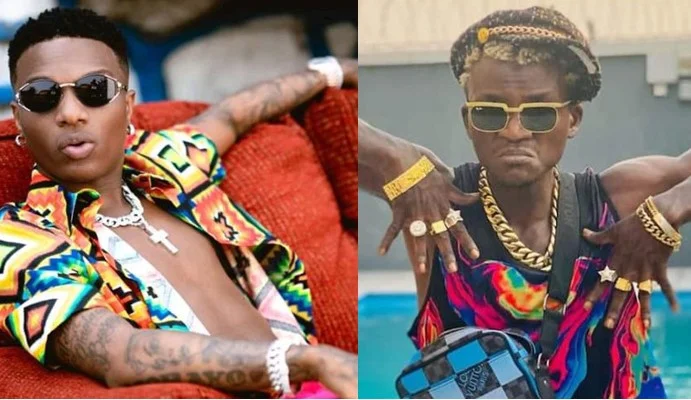 The controversial singer slammed WizKid after he had ridiculed rap artistes and their music genre.

He asserted that Wizkid lacks talent and that people are unaware of what his lyrics are saying since he amplifies his voice with autotune. The Zazuu singer claimed that Wizzy uses promotion to push the songs or albums he publishes, not talent, is why his ventures succeed.

He also lambasted the singer for constantly singing about the womenfolk and whether he never sings spiritual songs.

In a now-deleted video, he claimed that Wizkid’s team employs paid advertising to get a song on the charts whenever a single is released but doesn’t immediately “blow”.