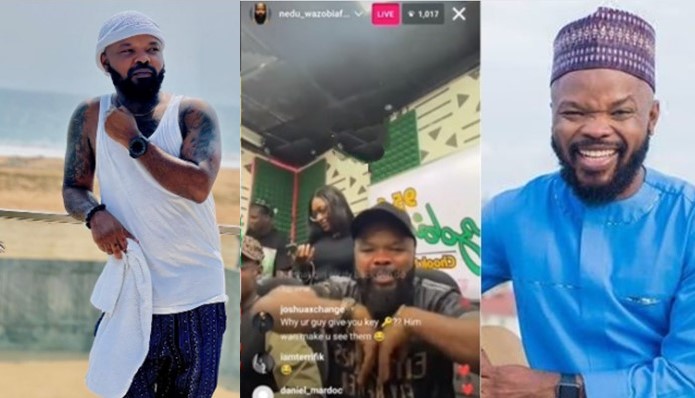 On Air Personality, Nedu Wazobia has revealed that a lady reached out to him to ask for his rich friend’s contact after he shared the story of how the man gave a female celebrity N3 million.

The comedian said that after the video of him sharing the gist he once walked in on his friend with two female celebs went viral, a lady started pleading for the rich man’s contact.

Nedu disclosed this in an interview with The Punch and shared the message he received from the lady who said she needed money for school fees.

He said; “After the release of the podcast where I talked about one of my friends who gave a lady N3m before even sleeping with her, another lady sent me a message on social media, saying that she had school challenges. She asked me to introduce her to that same man, so she could also collect money from him.”

The lady’s message read in part; “After seeing the video, I decided to reach out to you, (to know) if you could link me up with your rich friend, so I could get enough money for my tuition fees.”

No politician is sponsoring me – Skit-maker, Ashmusy