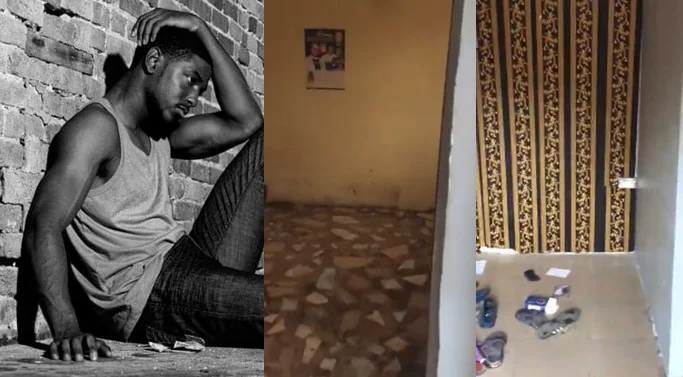 A Nigerian man took to social media to share a heartbreaking message from a friend whose wife had fled.

He claimed that on Tuesday night, a friend informed him that his wife had packed all of his belongings and eloped with her alleged secret lover.

The victim stated that he was away for work when it happened and returned to find the house had been emptied.

The tweep known as @Iam_enriched posted a screenshot of his chat with the distraught man and wrote;

”A friend of mine messaged me last night that his wife packed all his belongings with her man friend while he travelled for work leaving him with nothing. 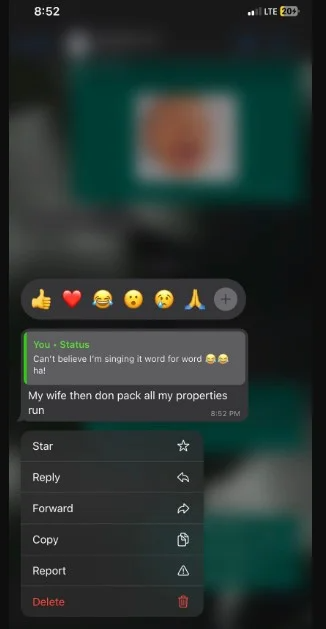 Man left heartbroken as wife carries his properties and absconds with her lover (Video) – man wife properties
I asked him if they had any misunderstanding before he traveled he said no. Getting married is scary nowadays.”

A friend of mine messaged me last night that his wife packed all his belongings with her man friend while he travelled for work leaving him with nothing. I asked him if they had any misunderstanding before he traveled he said no. Getting married is scary nowadays 😢 pic.twitter.com/vdW2j8LqOF

Reacting, @FolamiDolapo said; Am not buying one side of this story yet,if I hear from the other side then I’ll be able judge properly,even my own friend can cook up a story to make himself look innocent….Just saying

@PRESAKI_FIREE; This is a thought every woman get at a time of their marital life, so most would have understand it’s a more deeper story than this ..

@tochi_OKAFOR; It’s not hard to find her unless he didn’t do traditional marriage

@Crissie_Hub; Samething happened to my neighbor. His wife stopped him from getting close or greeting people,so nobody get his contact to call when she was packing. Make God no allow us shi marry😂

@Oblaq18; Some of you gonna shade me but it e no concern me… I think the man should go to her parent’s house and get them arrested by that she will show up

@purity_gifts; And that man friend opened his eyes and allowed her do such a wicked thing to a man like him. Abi no be the same rod dey under there?

@eroninidaniel; Do they have children together? And where are the neighbours when she was packing everything??

@BuffLuci; Y’all just look at the bright side, atleast she didn’t take the A.c, they don’t have kids yet and best of all he just got rid of the devil on his shoulders. Mans should take heart sha shit happens.

@Drizzy_eleniyan; Thank God for him and his life. The woman go regret her decision 😂😂😂😂 because that man wey she follow run go really show am pepper.