“She gave birth to her husband, see his face” – Reactions as Regina Daniels flaunts son, Khalifa 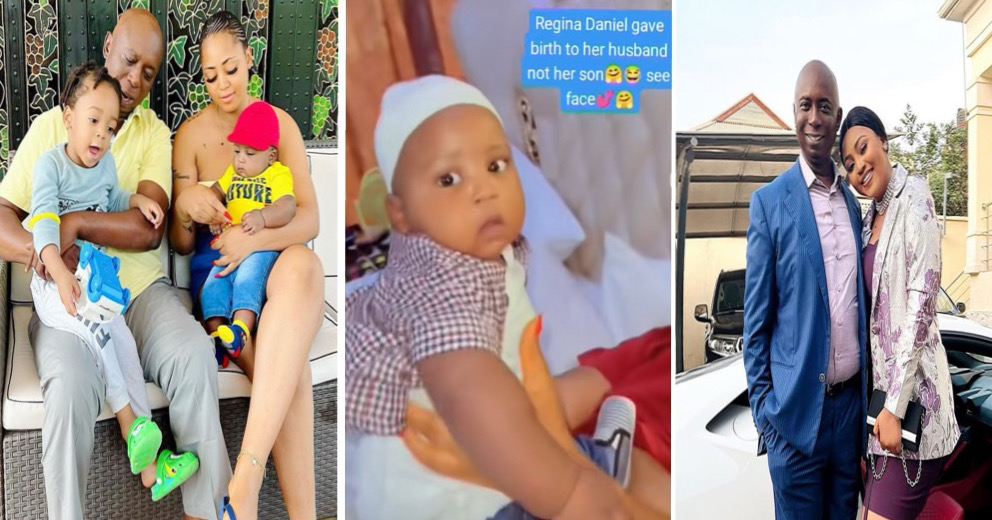 After spotting the video, netizens spotted the resemblance between the little boy and Ned Nwoko.

They hilariously claimed that Regina Daniels gave birth to her husband, not her son due to the striking resemblance between the child and his father. 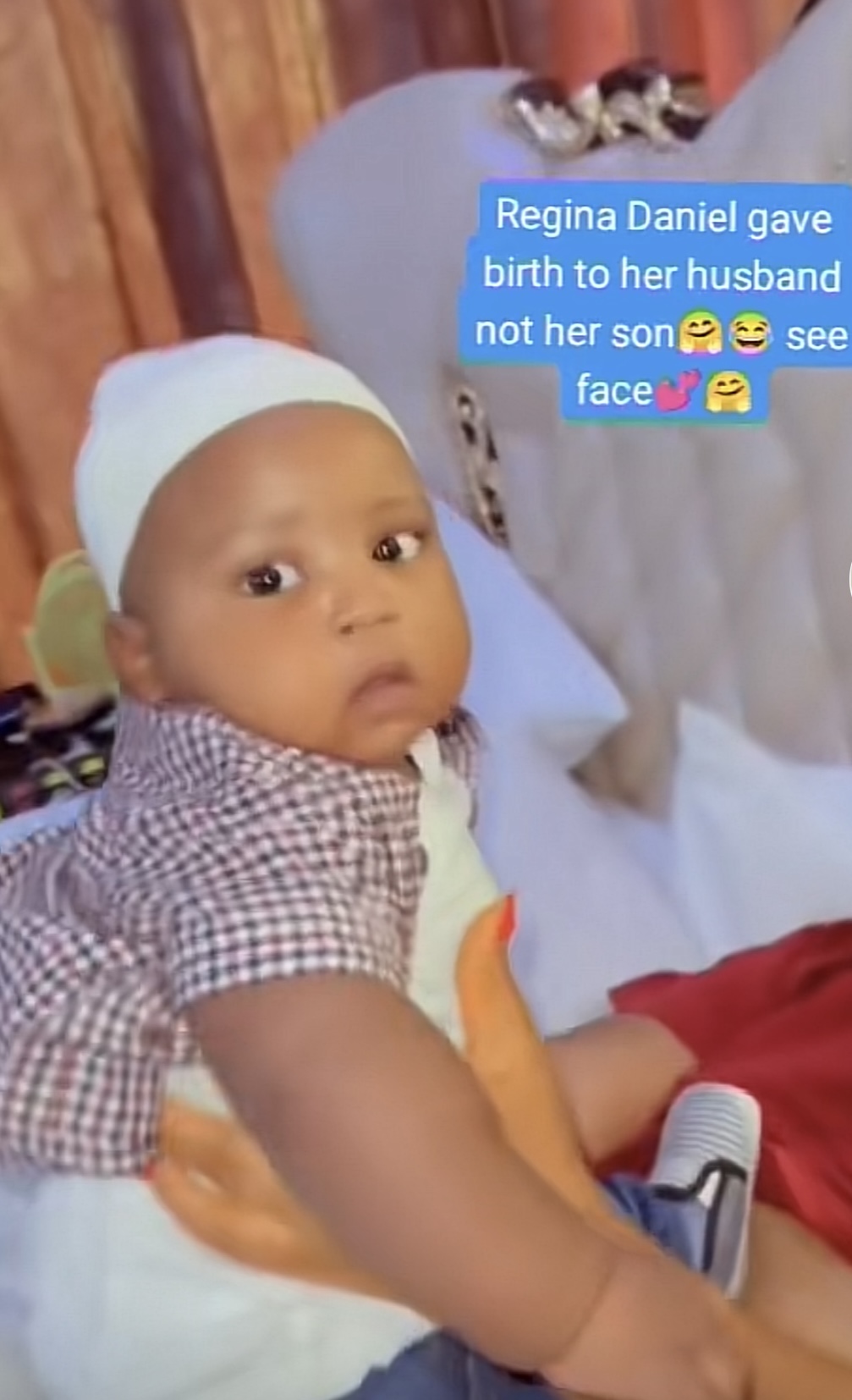 However, some members of the public reacted against this as they did not see any resemblance between the child and his father.

@cmg402 said: ”This baby resembles her Mum and Munir looks like his Daddy. Much love Regina all the way from Gambia you’re blessed.”

@lastbornglad added: “You guys can lie, this pikin no resemble that man.”