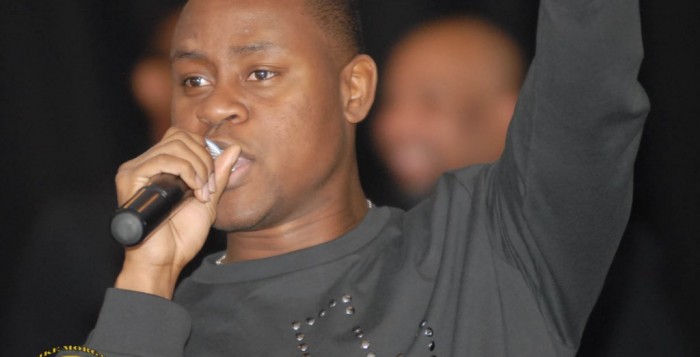 Woman posts naked photos of pastor online – According to Empowering Everyday Women (EEW) magazine, Pastor Charles Jenkins (pictured), a Grammy award-winning songwriter, an author, and a senior pastor at Fellowship Missionary Baptist Church in Chicago, has unpleasant photos of himself, displaying his bare body, floating around the internet.

Woman fights back officers trying to arrest her for wearing…

Pastor refuses to wed couple for hugging in pre-wedding…

EEW states that the alleged photo of the multi-Stellar award-winning recording artist was posted online by a woman who is attempting to force the pastor to pay her money that she says he owes her.

Jenkins appears in the picture completely nαked, brushing his teeth in front of a mirror and apparently unaware that his picture is being taken, according to EEW. EEW continues that this is the first time that the recording artist, music producer, and senior pastor has stolen the limelight for anything except proclaiming the gospel of the Kingdom of God.

In a recent Black Entertainment Television (BET) interview, Jenkins said that it was important that leaders of the community, especially Christian ones, lead by example so that the next generation will know how to act and think.

Jenkins went on to say “There’s a passage that says a good man leaves an inheritance to his children’s children. That’s not just materialistic; money, stuff, or things.” He continued, “It is important to set up the next generation in terms of principles, precepts and best practices.”

Sadly, Jenkins is not the only famous pastor that has been criticized for inappropriate photos. Pastor Deitrick Haddon was also  in 2008 after an alleged affair with Simone Lewis.

How to make a man want to love you with all of his life!