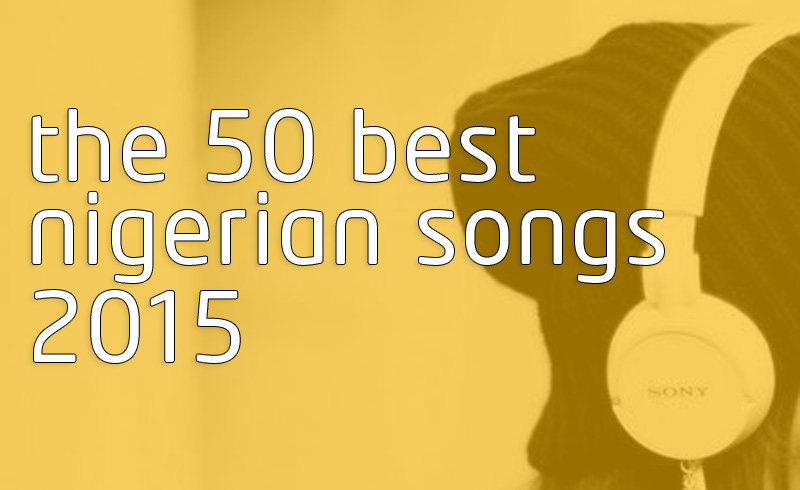 Best Nigerian songs of 2015 – Whew! We’re 15 days away from the end of 2015, and it’s exactly the perfect time to look back at the year and think up all the dope songs that made us rock, think, dance, and love in 2015. From the Ogedes to the Godwin thanksgivings, Jamb Questions and Jagabans. All of it is right here for you in our best 50 Nigerians songs of 2015.

The list is put together based on multiple criteria; quality, success, cultural impact, relevance, and generally just how good the song is. With the help of DJs, Radio OAPs, music enthusiasts, and of course our team here at Jaguda.com we’ve put out this collection of the best 50 songs this year. We are also going officially released singles only. We know we’re not perfect, so forgive us if you think this list is not up to your liking. We sef we be human beings.

Off his debut album, The Ghen Ghen album, Orezi dropped this catchy party joint with the help of WizKid, Timaya and Kid Dominant. In classic Nigerian fashion, he coined a word to use in the chorus and it strikes a chord with the Nigerian party goer. This nice tune kicks off our top 50 Nigerian songs of 2015.

It’s been a great year for Davido, and one of the big singles that helped make his year is this tune Dodo. It was initially supposed to be the last single before his sophomore album release, but his album ended up getting moved to 2016. We still took the single though. The comical video aided in the way the song was received, and it definitely helps that the song is mad catchy.