Full Video: Bally “scores” Bisola after confessing love for her and showering together #BBNaija 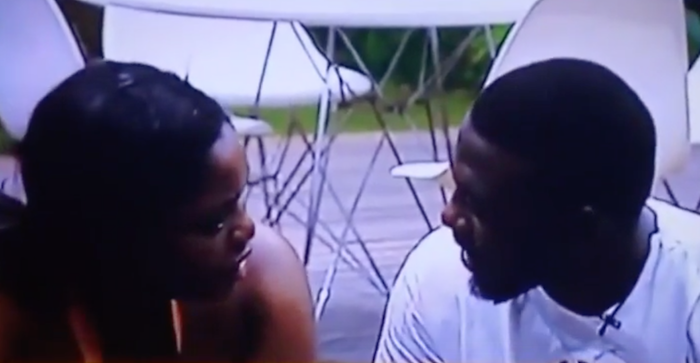 Bally scores Bisola: Has Bisola finally found “the one”, the “numero uno”, her “missing rib“? Lol! I guess, that’s going too far, considering this is just a game right? But who knows! Anything is possible. After all, Nigeria’s housemate in 2009’s Big Brother Africa and eventual winner of the show, Kevin Chuwang Pam found not only fame and fortune but also, a wife in Tanzanian co-housemate, Elizabeth! So, you see, anything is possible and just maybe, Bisola and Bally might be the “real deal”.

So, last night, after the party and DJ Kontrol was out of the house, and of course, some housemates tipsy, Bally found solace in Bisola, talking matters of the heart. Though drunk, one can tell he really meant all the words he said. He made in known to Bisola that he had been jealous about she and TTT’s closeness, how she has for a while neglected him and didn’t care about how he felt.

Also Read: The history of Big Brother – How it started and all the winners that have emerged over the years (#BBNaija)

A lot of things were said during their long “kissing and talking” conversation but what viewers might ffind even more interesting is what Bisola revealed about TTT and TBoss. Many of us never knew this….