Dad gets stranded at his daughter’s university, so he decided to torment her by following her to her class 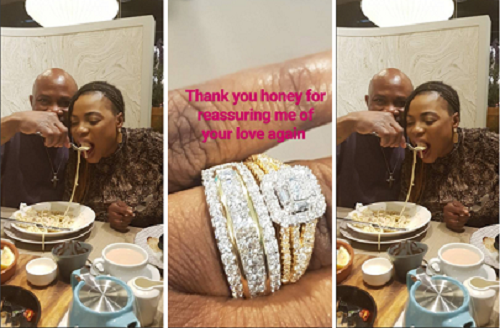 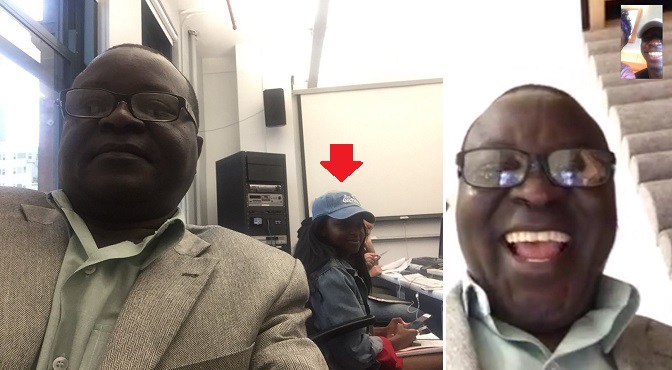 Dad gets stranded: Here’s a Hilarious story we stumbled upon this morning.. and it’s coming out of the disastrous Hurricane Harvey. The Flood apparently, has messed with a lot of people’s schedule and travel plans, including a dad who was supposed to fly into Houston after he dropped off his daughter at the college. The dad was stranded because of the Hurricane so he decided to make the most of his time by attending lectures with his daughter and embarrassing the heck out of her. 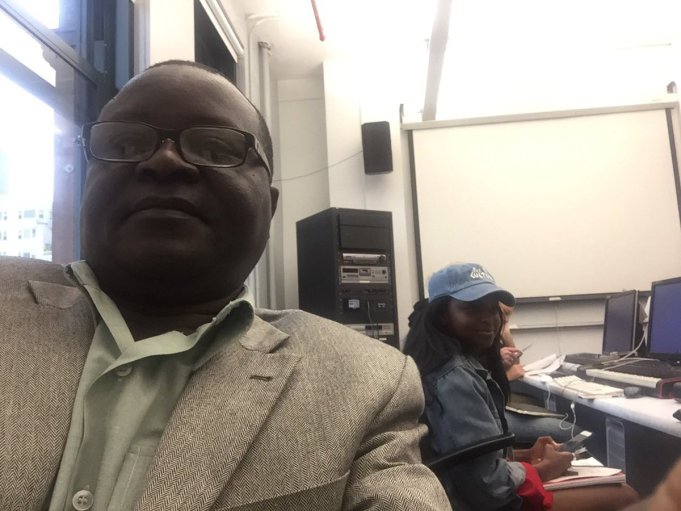 Omete Anassi posted a viral tweet showing his dad sitting in his sister’s class for her first lecture.

How Beyonce sang and kissed cancer patient at her Houston…

“My pops can’t fly back to Houston ’cause of the hurricane, so he going to grad school with my sister. She pissed,” he wrote.

Anassi shared a screenshot of his father’s conversation with them on their family group chat.

“In class called oral history @ new school. Kerubo behind me,” the father wrote, sharing the hilarious selfie of him in class with his daughter. 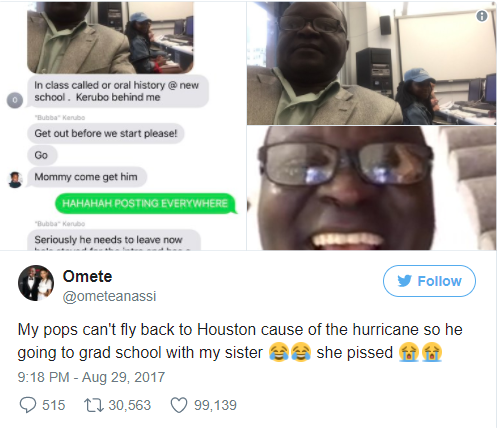 His daughter then begs him in the group to leave her class and asks her mother for help.

“Get out before we start. Go. Mummy come get him,” the daughter wrote.

Her brother’s only response is “HAHAHAH POSTING EVERYWHERE.”

“Seriously, he needs to leave now,” the embarrassed daughter continues writing. “He’s stayed for the intro and has a syllabus. And he won’t leave. He’s distracting me.” 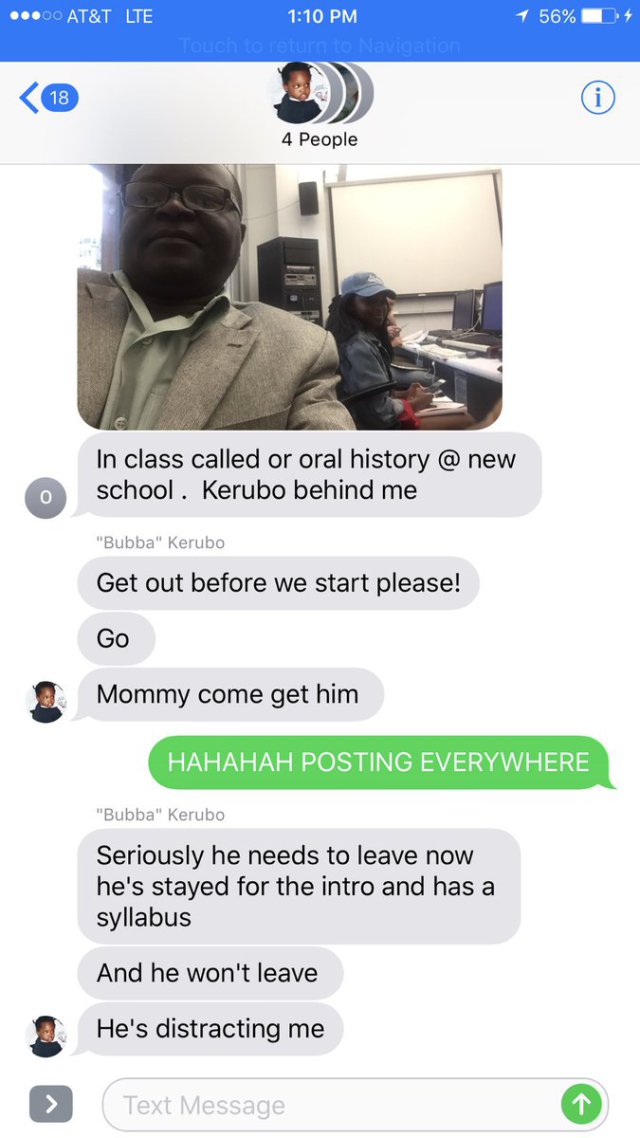 Husband of 21 years re-proposes to his Nigerian wife (Photos)