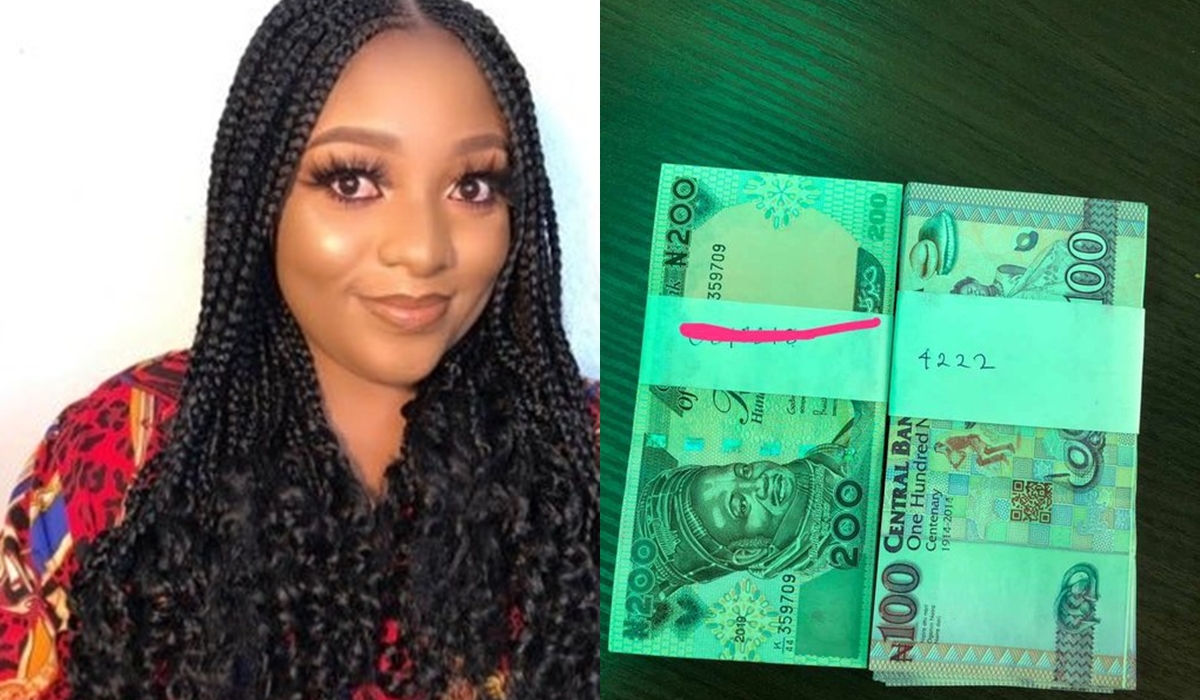 On Twitter, A Nigerian lady identified simply as @preetyani has narrated how she received a man’s number on N30,000 mint notes.

The claimed the man; who she did not disclose his identity, requested for her phone number and she declined it but asked for his instead. Surprisingly, the man wrote his number in a mint note of N30,000 and handed it to her. Is it for eba? – Lady mocks boyfriend after he sent her 11k…

From the photo, it could be seen that the man gave her his number on two bundles of cash.

“So I attended this Bachelors party, a man asked for my number, I declined & asked for his instead. Man wrote his number on 30k mint notes .”, she wrote.

John Legend congratulates Gedoni and Khafi on their Engagement