Recall that Eniola Badmus made headline yesterday when she ranted on social media over the way weight loss firms advertised their products.

According to Eniola Badmus, weight loss firms are used to using slim ladies as their sample during adverts, an action she said was not befitting.

She then challenged them to use her as a sample and her prayers has been answered.

Getfitng disclose that they will be using the star actress as a sample if she’s ready to follow their instructions which includes posting her updates on social media. 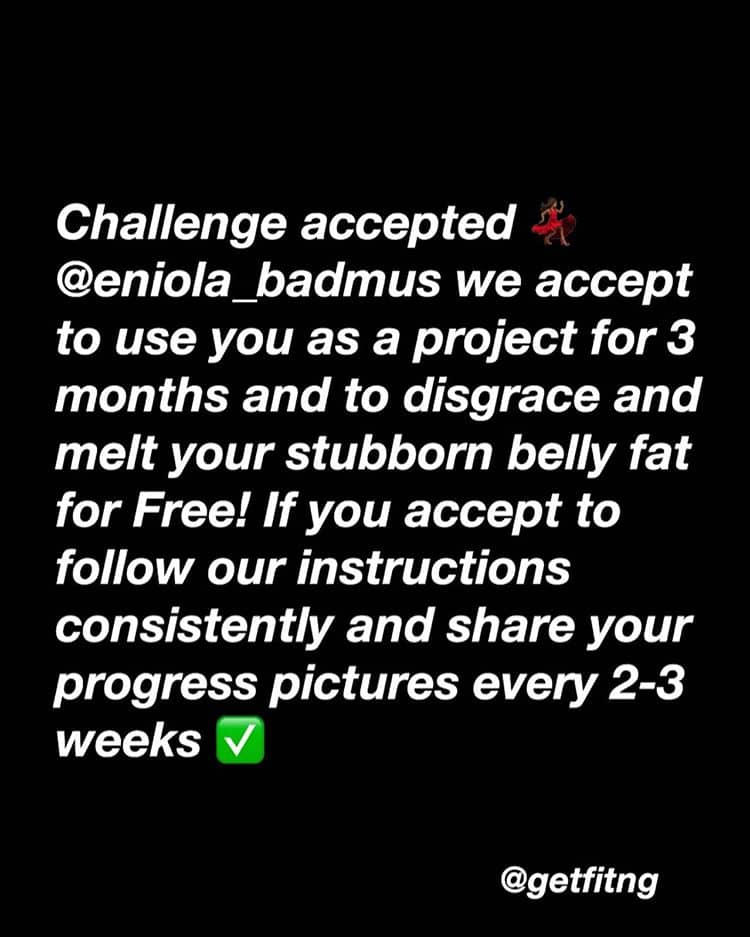 It’s left to see whether Eniola Badmus will accept the challenge and finally slim down.

We ain’t gonna lie, we don’t know him- Americans react after Davido got recognized during an NBA game