Wife catches her husband with his side chic at a hotel – Oboy See beating! (Video) 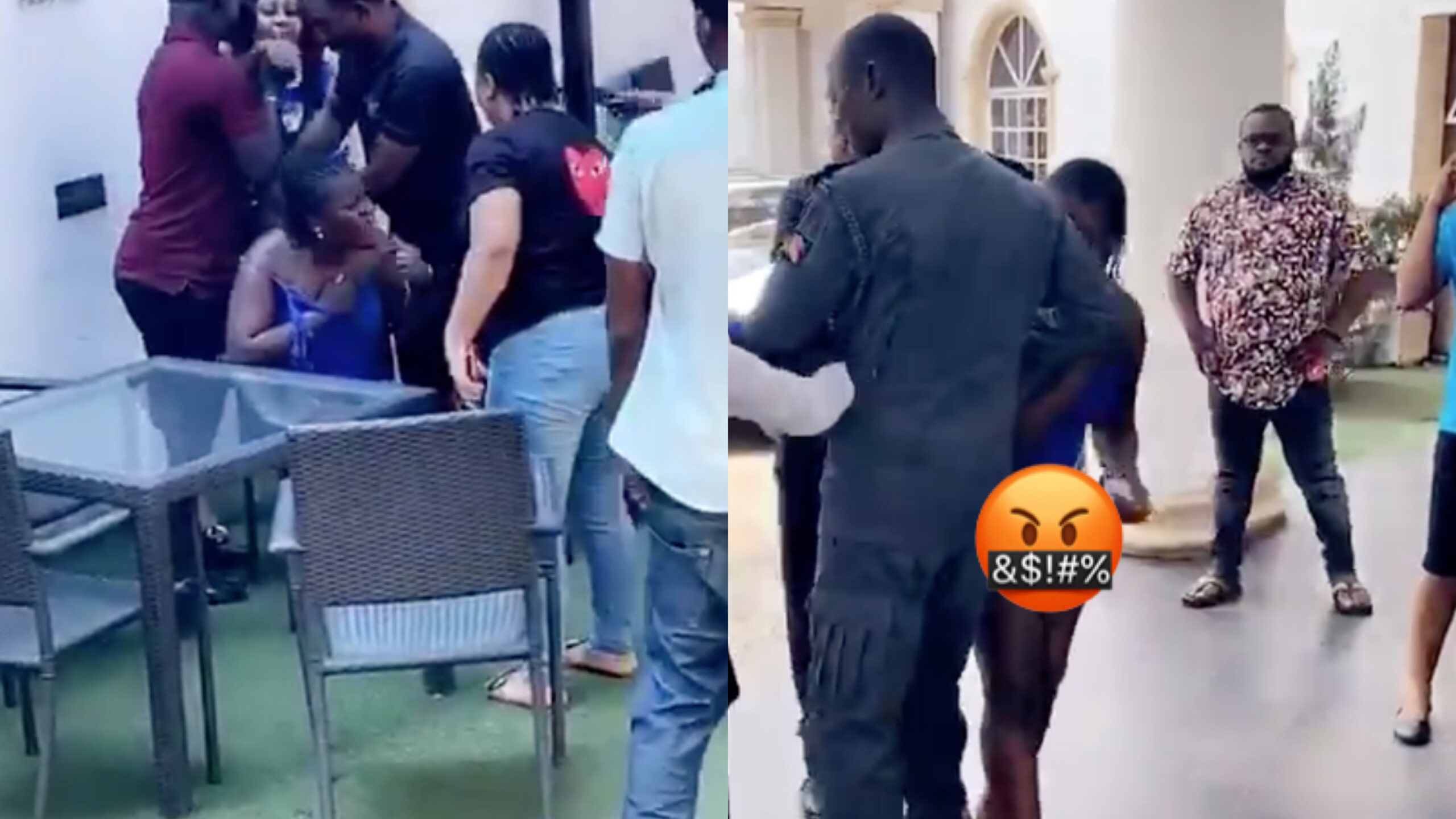 When you think you’ve seen it all, it is best you come to Social Media and watch people outdo themselves. Days after a married woman accosted her husband’s mistress in the supermarket, another Nigerian woman has nabbed her husband and side chick in a hotel and this one is quite sordid.

A video shared by twitter user identified as Bellaa_Gwen shows the moment a married woman riled up after seeing her husband with another woman in a hotel. The woman stripped the side chick, leaving her privates sparingly covered with what was left of the torn clothes of the concubine.

Save for the dire intervention of the hotel’s security and an SPU Police officer attached to the hotel, the women would have combatted to death. According to Bella, the husband was nowhere to be found after the free-for-all began.

e done leak.. wife caught her husband with his side chic at a hotel 🤦🏾‍♀️ Men pic.twitter.com/0tzg6XoR9U