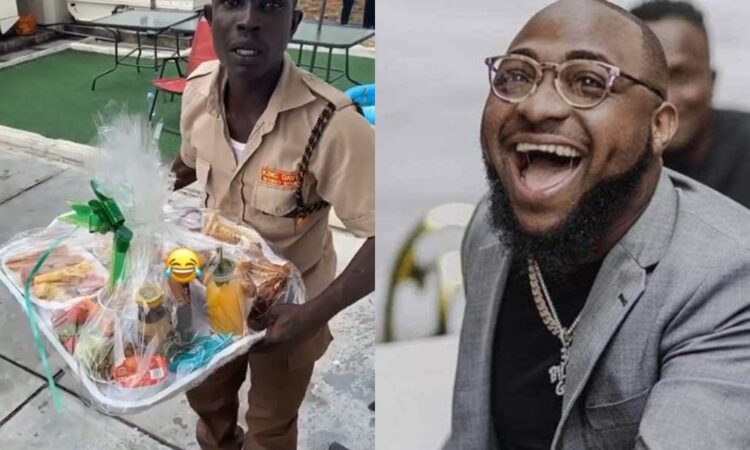 Davido recently left his gate-man shocked after he presented him a large quantity of breakfast – a gesture the gateman was definitely not expecting that morning. The singer shared the video via his Instastory channel.

In the video, Davido appeared to have taken delivery of a large tray filled with different delicacies.

However, instead of getting busy with the mouthwatering tray, the singer decided to make his staff happy.

Davido instructed another member of his crew who was in the house to lift the tray and follow him. Upon leaving the room, the singer and his other member walked in on the gate-man who was at his duty post.

The singer then instructed his crew member to hand over the tray to his security guard and teasingly asked him to finish the tray of goodies.