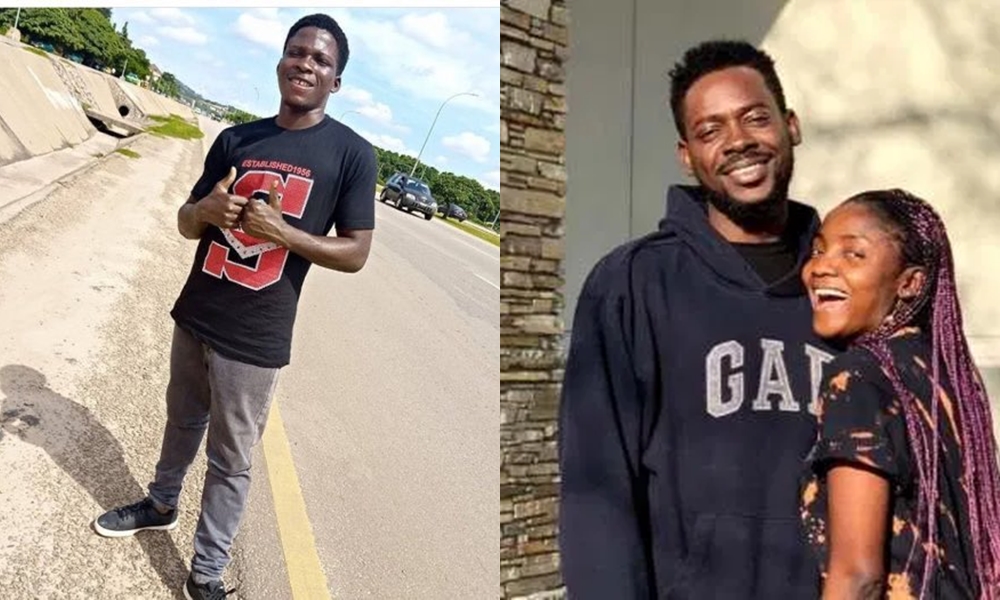 A Nigerian man identified as Wisdom Obi Peter has been called out by a Twitter user, Madam Blunt after he expressed ‘hate’ for Adekunle Gold and his wife, Simi and promising to rape their newborn daughter, Adejare once she clocks 18 years of age.

According to the twitter user, Simi is so stupid that he prays her daughter doesn’t end up taking her genes and being like her.

Adding that Adekunle Gold’s immaturity will also end being in the child’s gene therefore it would have been better if they named their daughter ‘stupidity’ instead of Adejare.

See his tweets below:

DJ Cuppy gets a marriage proposal but says Mr Eazi…

God will make you suffer in ways money can’t fix –… 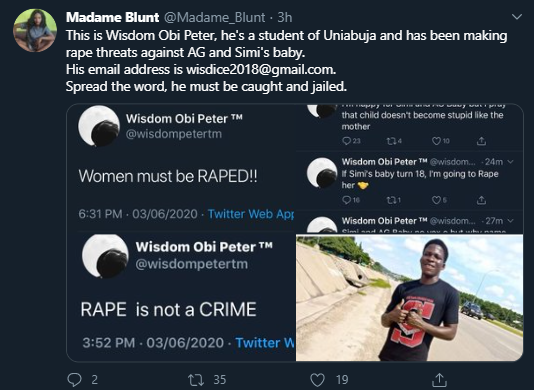 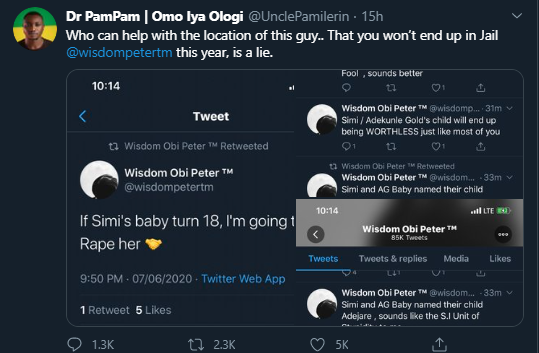 Meanwhile, Davido’s logistics manager, Israel DMW has been called out over an alleged sexual assault. This is coming days after Isreal made a post on social media advising women on how to save themselves from rapists.

Photos of a guy and a lady placed in a pineapple & bound, washed ashore the Beach