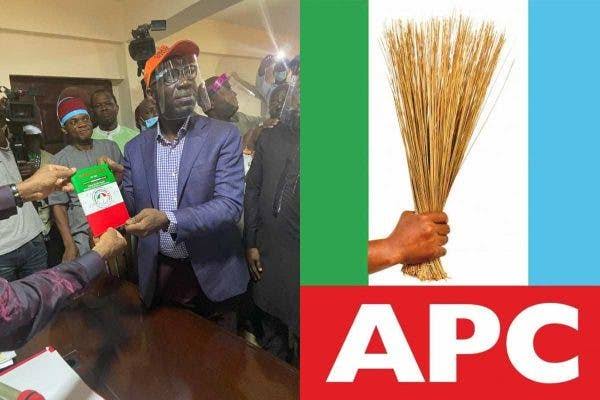 The ruling All Progressives Congress (APC) in a recent statement has dismissed the defection of embattled Edo Governor Godwin Obaseki to the Peoples Democratic Party (PDP) as insignificant.

The National Publicity Secretary of the party, Mallam Lanre Issa-Onilu, told The Nation on telephone that Obaseki’s move to the PDP was never a surprise.

It has not come to us as a surprise. We knew he had defected long ago because he resigned his membership of the party which we have accepted.

“So you can’t defect twice. So if he is defecting again, we don’t know whether what he has just done now is news any longer,” Issa-Onilu reacted.

Obaseki resigned from the APC after it’s screening committee disqualified him from the June 22 governorship primary.

The NWC last Saturday affirmed his disqualification by the screening and appeal committees.

Over 15,000 sign petition to strip D’Banj of UN appointment and all his Endorsement Deals

DJ Neptune celebrates his daughter at 5, floods social media with her photos