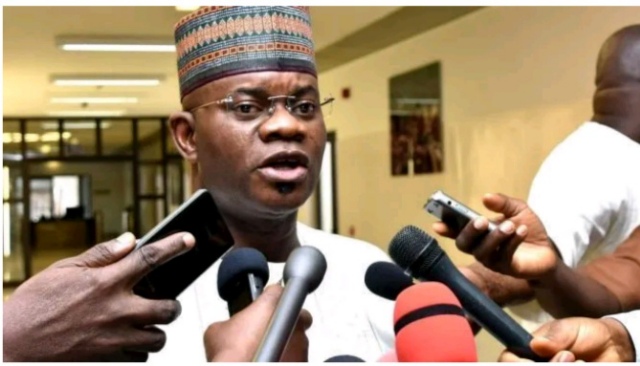 According to the reports, Yahaya Bello, governor of Kogi state, says the exit of Godwin Obaseki, his Edo counterpart, from the All Progressives Congress (APC) is painful.

Obaseki had resigned his membership of APC after he was disqualified from the ruling party’s gubernatorial primary for the 2020 election.

He subsequently moved to the Peoples Democratic Party (PDP) where he was granted waiver to contest the primary scheduled for Thursday, the Cable reports.

Speaking with state house correspondents after he and his counterparts from the north-central met with Ibrahim Gambari, chief of staff to the president, Bello said incumbency factor cannot save Obaseki in the September election.

“We have seen those in power before that are dethroned, we have seen practically how President Muhammadu Buhari of the APC dethroned the former president,” he said.

“So, that is not any trouble at all. APC is going to win Edo State. But unfortunately, I really feel the leaving of my colleague, His Excellency Governor Godwin Obaseki in whatever circumstance to another political party, is painful anyway, but as a political party, we are going to take Edo back.”

Commenting on the crisis in the APC, Bello said: “Our party is one solid party. In a particular big family like that, you won’t rule out any misunderstanding in one way or the other. But I can assure you that our party is strong under the leadership of President Muhammadu Buhari and as a father, he is already looking into it and I can assure you that we are going to come out very strong.

“So, we are going to continue to expand our coast. APC is strong; we are not divided, we are only seeing one same point from different angle and we are trying to make ourselves understand the points, that is just it, there is no misunderstanding.”