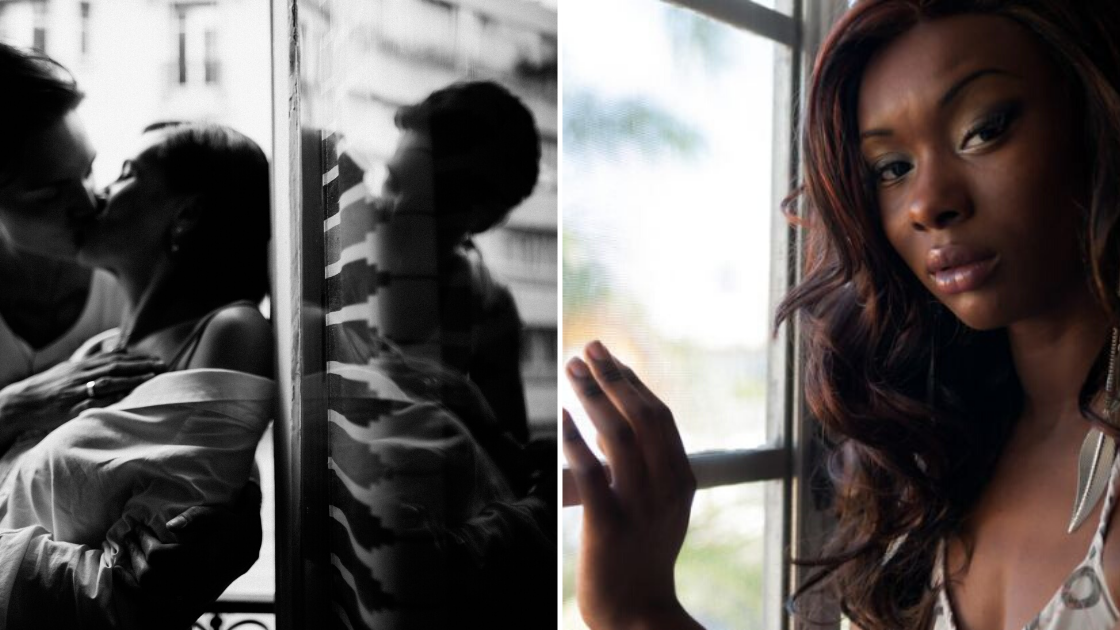 What a world we are in! Nowadays, it is hard to tell who is the bigger scum between men and women as women are starting to rival their male partners when it comes to cheating in a relationship.

Some even say ladies cheat more than the guys. A story recently shared by a social media user buttress this point.

@Gospeljosiah, a popular social media user shared the story of betrayal and dishonesty of his friend’s girlfriend whom he has been dating for 8 months.

The story goes that his friend went to his babe’s office for the first time with a Camry 2008 salon car to surprise her and ultimately propose to her.

But on getting to the office, he met her absence. He waited at the reception where an old mutual friend who is a top executive of the company met him and they started chatting. In the course of their discussion, the friend boastfully narrates his sexual conquest with one of their junior staff.

Sometime later, the guy’s girlfriend returned and as she approached, the new friend hints him that that’s the girl he told him he just had sex with.

The guy was sad and had to quietly walk away with his car without giving the girl the slightest idea of knowing that he is aware of her promiscuity.

My friend just told me how he went to surprise his girl at her office. They’ve been together for 8months and this is the first time he was visiting her at the office. He got her a Camry 2008 to surprise her for their 8 monthiversary.

He was shown to her space but she wasn’t there in her cubicle. So he went back to the reception. After about 40mins, one of our friends from way back came out to meet him at the reception. That’s where he works too as one of the top executives.

They caught up and this guy who’s been a bad guy legit told my friend he just finished smashing one of his subordinates who’s been disturbing him to have her. Baba said she was so sweet he didn’t know when he cum in her. They were Still laughing when my guy’s babe came out.
And while she was approaching them, the other of our friend told my guy “na the babe be that, My G, she Sabi knack. I for date her sef if not for my fiance”. My guy was so disappointed, he didn’t even show it. He just hugged her and left in his car. Man is in serious pain.
The sad part is he later tried to ask our friend about her. The guy said if my guy likes her he can arrange her for him that she’s a free giver. Almost all the top male executive have had their way with her. And this guy was planning to her propose on their one year anniversary. 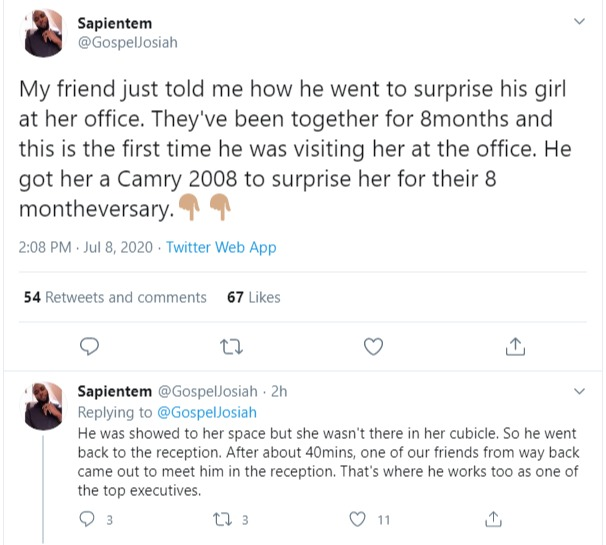 My boyfriend begged me to stay overnight, I refused, returned an hour later to find him with another girl’- Lady share her friend’s sob story