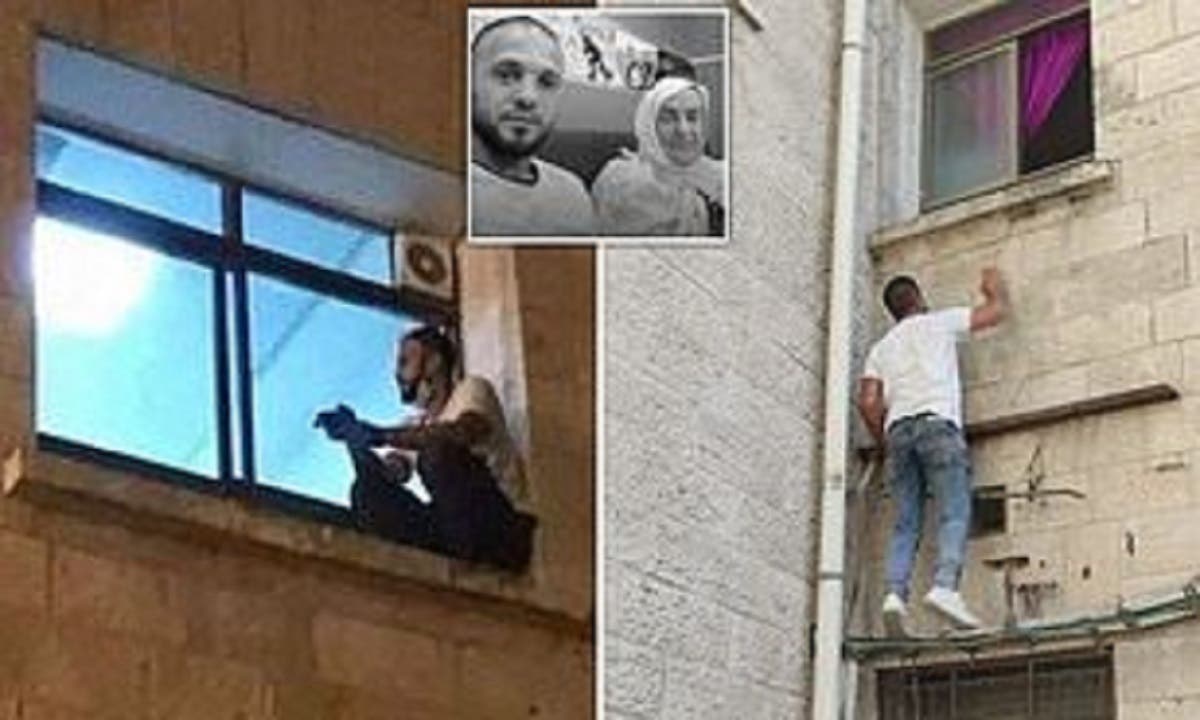 Son of a woman who is fighting coronavirus and kept in isolation climbs up the side of the hospital building to watch his mother through her hospital room window to be with her while she suffered from coronavirus. 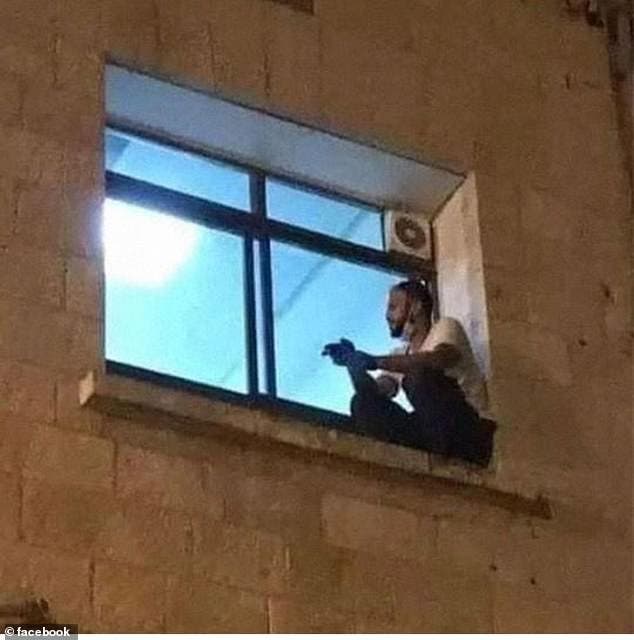 30-year-old man, Jihad Al-Suwaiti, was not allowed to visit his mother Rasma Salema in person after she tested positive for coronavirus and was admitted to a hospital in Hebron, in the West Bank.

To be able to see his mother while she battles the coronavirus, Jihad used a drainpipe and another window ledge to climb up the hospital building so he could sit with his mother, who also had leukemia, behind the safety of her window. 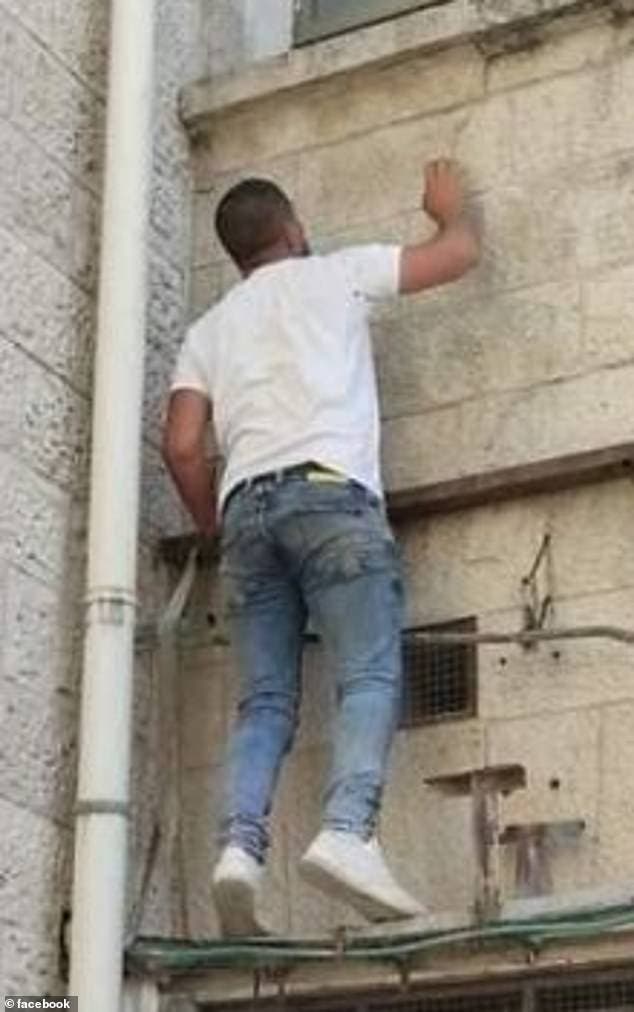 According to Bored Panda, he returns each day to sit at the window ledge with his mother, until she sadly passed away last Thursday.

‘He spent most of his day there, observing his mother’s condition from outside the window, before coming down when he was convinced that his mother was fast asleep,’ a hospital official said.

Jihad was reportedly the woman’s youngest son and had lost his father 15 years previously.