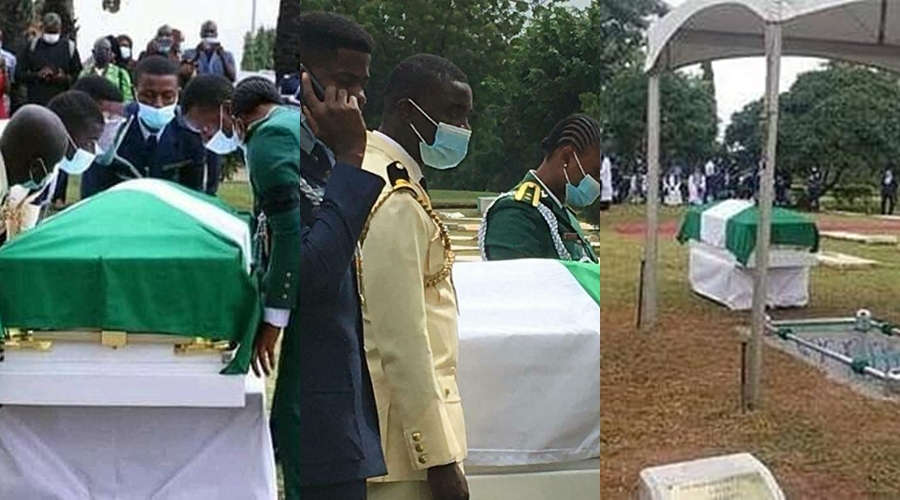 The remains of Nigeria’s first female combat helicopter pilot, Tolulope Arotile, have been buried amidst tributes at the Military Cemetery in Abuja.

She was accorded full Military honors as the hierarchy of the Nigerian Military led by the Chief of Defence Staff, General Gabriel Olonisakin paid tributes.

The remains were lowered into the grave at exactly 11.05 am. Tolulope died after sustaining head injuries in an accident in Kaduna state on July 14.

The driver who knocked her down is reportedly a civilian who had no valid driving credentials, military sources informed Channels Television.

According to the sources, the driver was also Arotile’s secondary school classmate.

The Nigerian Air Force announced the demise of Arotile, who was Nigeria’s first female combat helicopter pilot, on Wednesday.

She died, on Tuesday, as a result of head injuries sustained from a road traffic accident at the NAF Base Kaduna.