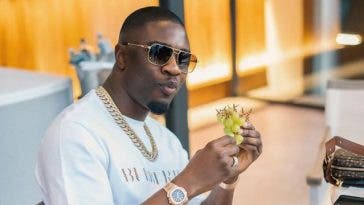 Mr. Ponle, popularly known as Woodberry, was arrested, alongside Ramon Abbas (Hushpuppi) in the United Arab Emirates on June 10 for multiple fraud charges after a raid by operatives of the Dubai crime unit.

The duo was extradited to the U.S. on July 2. The United States government on Monday filed a motion through its attorney, John R. Lausch, requesting that the case against Mr.Ponle should be dismissed without prejudice.

A court order issued by Judge Robert W. Gettleman on Tuesday said the government’s motion to dismiss the complaint without prejudice was granted.