BBNaija: ”Laycon is slow, he is not in love with you” – Kiddwaya tells Erica in a video 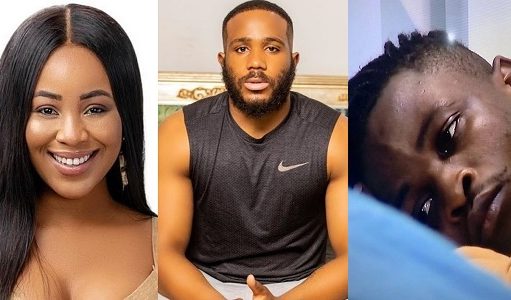 The Big Brother Naija house is playing host to one of the most epic love-triangle story of all time and viewers are loving it.

Laycon, Erica and Kiddwaya are the major players in the love game and it does not seem like it would come to stop soon.

In a strategic move to further cement his place in Erica’s heart, Kidd told Erica that Laycon does not really want her. According to him, Laycon never made his intention known to Erica until he started seeing them together.

The couple (who have had series of intimate moments in the house) were having a discussion and Kiddwaya questioned why Laycon never made a move earlier, adding that he never mentioned his intentions until he saw that Erica was hanging out with him (Kiddwaya)

KIDD: If he (LAYCON) like you back then why did he never make a move until we started hanging out?
ERICA: it’s not about who makes a move first. You know you said (finger sucking👀). The day you were asked to kiss me, the next day he said he was upset #BBNaija pic.twitter.com/I55FMlRZs4