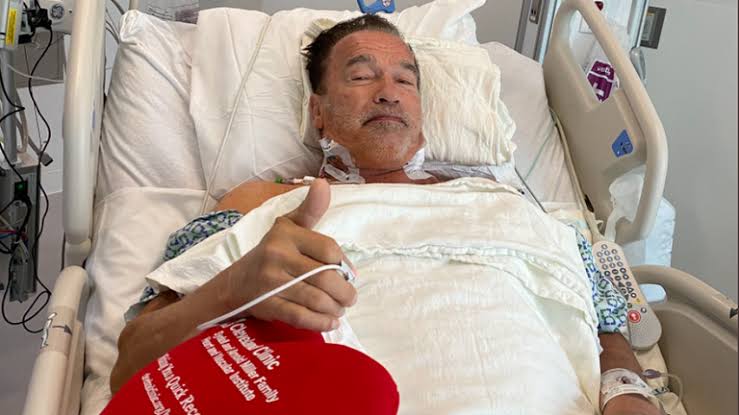 Popular Hollywood actor, Arnold Schwarzenegger in a recent statement revealed he feels fantastic after he underwent a second heart surgery.

The actor surprised fans on Friday with the announcement that he had a new aortic valve put in recently, on the heels of his pulmonary valve that was replaced two years ago.

15 Things you didn’t know About Arnold…

Schwarzenegger, 73, had the procedure done at the Cleveland Clinic, and posted updates not just from his hospital bed but also from the streets of The Cle, extolling the city’s “amazing statues.”

Schwarzenegger took a little longer to recover from his March 2018 surgery, which replaced a pulmonic valve originally installed in 1997 to correct a congenital defect. Two weeks after the procedure, he updated fans that he was feeling better, but “not great yet,” Pagesix reports.

Thanks to the team at the Cleveland Clinic, I have a new aortic valve to go along with my new pulmonary valve from my last surgery. I feel fantastic and have already been walking the streets of Cleveland enjoying your amazing statues. Thank you to every doc and nurse on my team! pic.twitter.com/hmIbsEMHtA