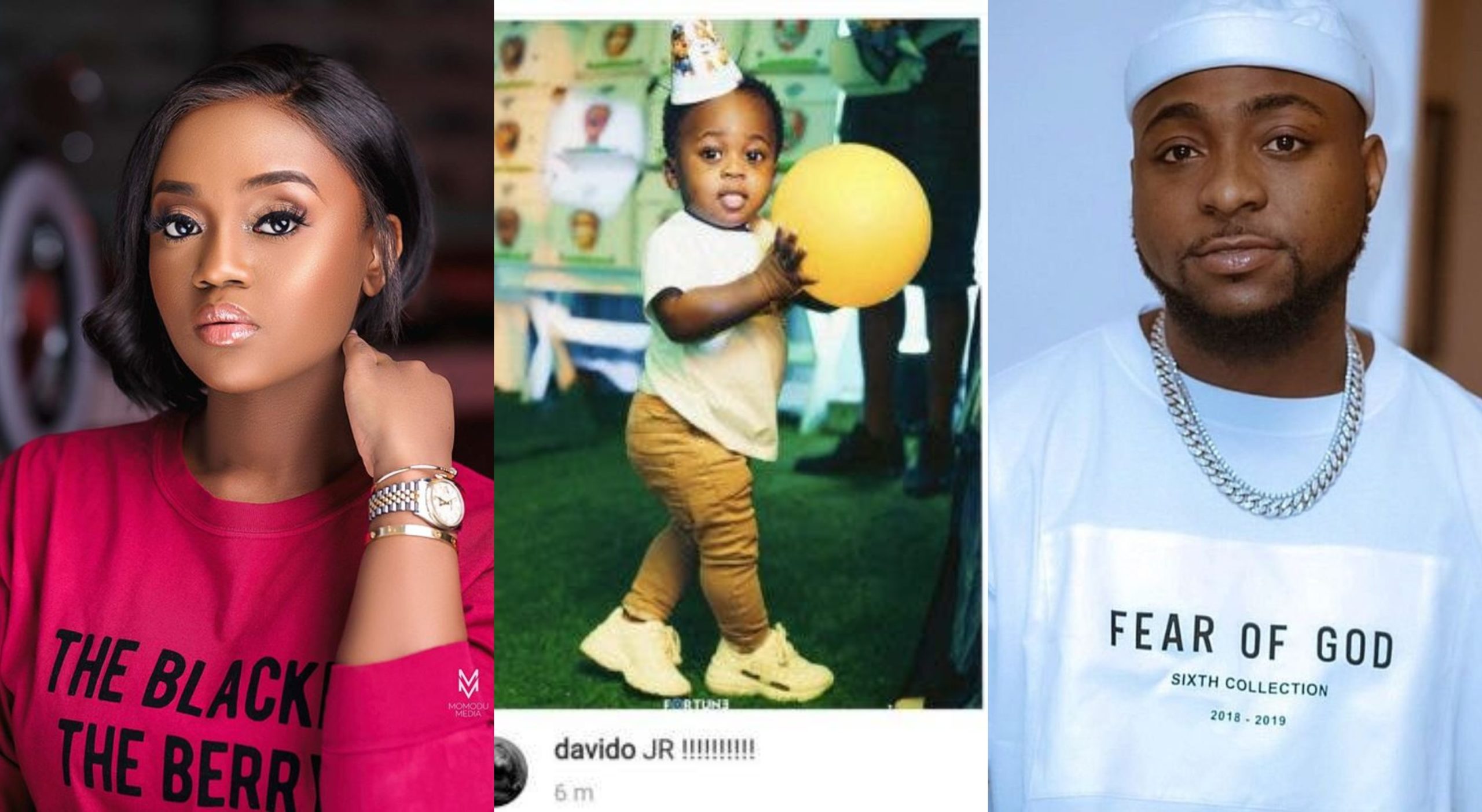 Nigerian popular singer David Adeleke known as Davido, has for the second times, shared a photo of his son Ifeanyi David Adeleke.

Recall the singer initially revealed his son’s face on his latest album, A better Time

Davido and his fiancée Chioma Rowland, welcomed their first child together in October 2019 but has since kept his photo from the prying eyes of social media.

Sharing the photo of his son, Ifeanyi, on his Instagram page this morning and wrote;

In other news, billionaire daughter, Temi Otedola has recounted her first encounter with Mr Eazi and describes it as not so pleasant. Temi has said that popular singer and boyfriend Mr Eazi was rude to her the first time they met.

The Citation star made this known on the first episode of their podcast ‘How Far’ on Friday. Comtinue reading here: Temi Otedola recounts how Mr Eazi was rude to her when they first met (video)

Photos: Toyin Abraham, Dayo Amusa and other Nollywood celebs turn up for the burial ceremony of Iyabo Ojo’s mum.