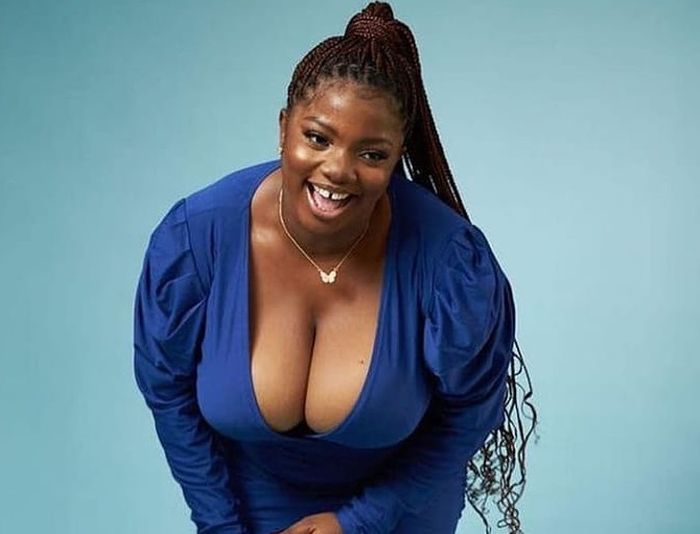 Big Brother Naija season 5 housemate, Dorathy Bachor was attacked on twitter by a troll who accused her of always forcing herself on people.

According to the troll, Dorathy should stop shoving herself down the throat of her friends and fans because even with her big b**bs, she is still unattractive.

“Still with your full chest no one is attracted to you, you keep forcing them to yourself,” the troll wrote.

‘She belongs to the streets’ – Nigerians… 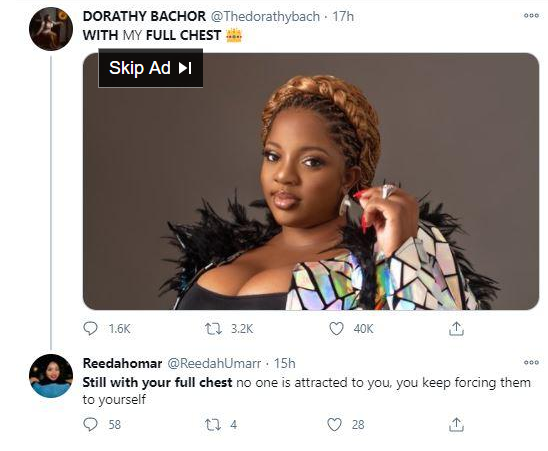 Recall that few weeks ago, the reality star was called out by a Twitter user identified as Bidemi Ojoo who accussed her of snatching another person’s boyfriend.

According to the Twitter user who is apparently a strong fan of BBNaija star, TBaj, she is curious to know how Dorathy manages to sleep at night after snatching another person’s boyfriend.

Read all she wrote here…