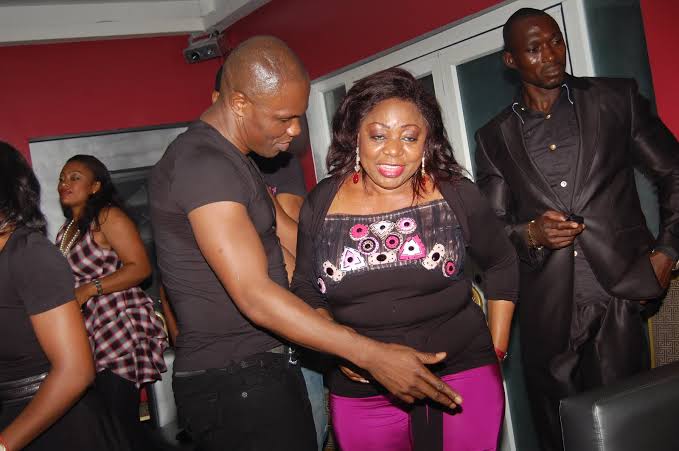 Amidst the glitz and glamour that come with the festive period, a Ghanaian man has taken to social media to warn people not to burn through their finances in the spur of the moment.

Social media user identified as Genius Kojo on twitter has warned netizens to save for the new year as most salary earners won’t get another payday until the end of January which is about 40days from now.

Reactions as man reveals the outrageous salary a masters…

December salary is for January, save it so you don’t end up calling innocent people fake friends.

Trust Nigerians to deviate from the salient point and focus on the jokes. Some netizens have made it known that they do not care about what the new year has to offer, they will enjoy themselves all they can during the festive period. 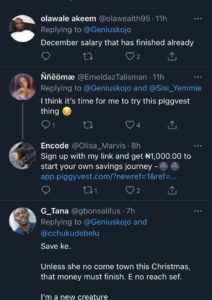 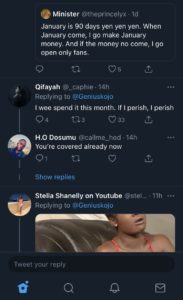