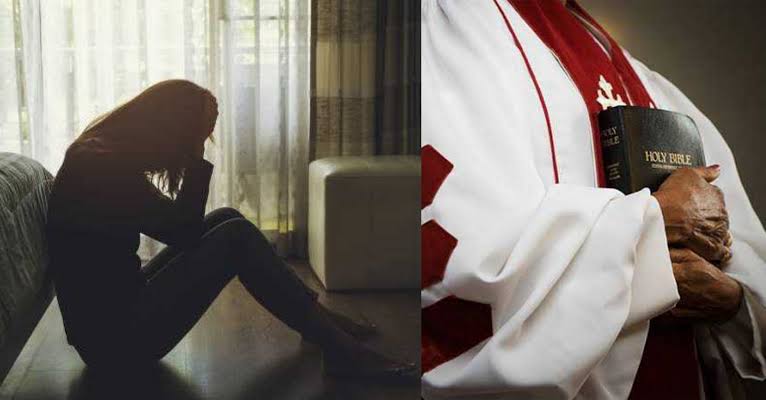 A lady in a statement has revealed that she has a crush on her pastor.

She stressed that anytime the pastor preaches her body feels somehow even in church.

In her letter which she shared with popular Nigerian relationship coach, Joro Olumofin, she revealed that her pastor is a handsome man who she and her friends jokingly call their husband.

She added that she gets wet to the extent that she has to change her underwear.

The lady, however, stated that God is using her to test the pastor.

Read the full story below; 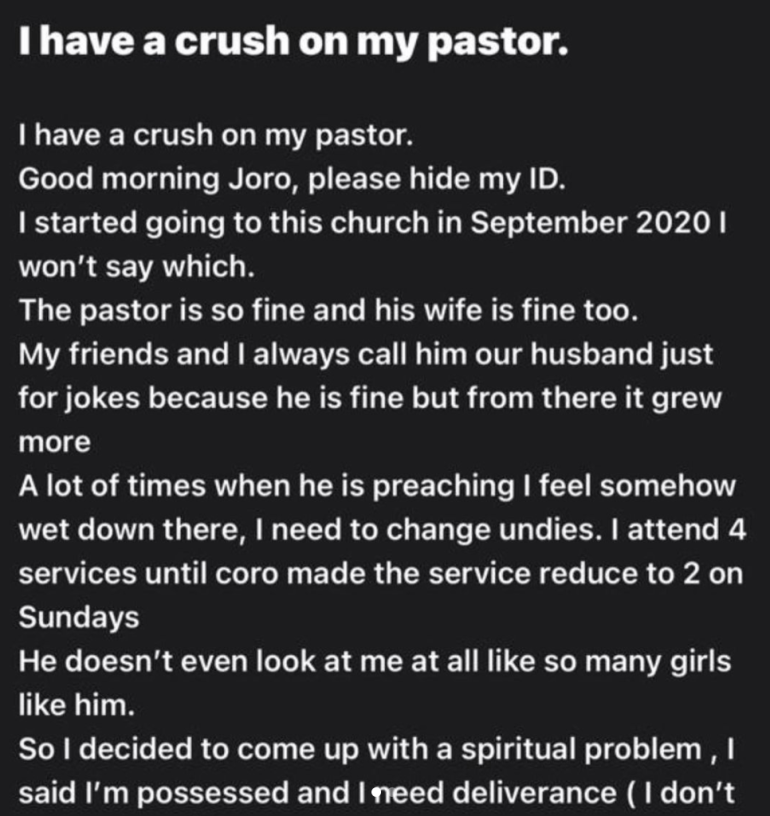 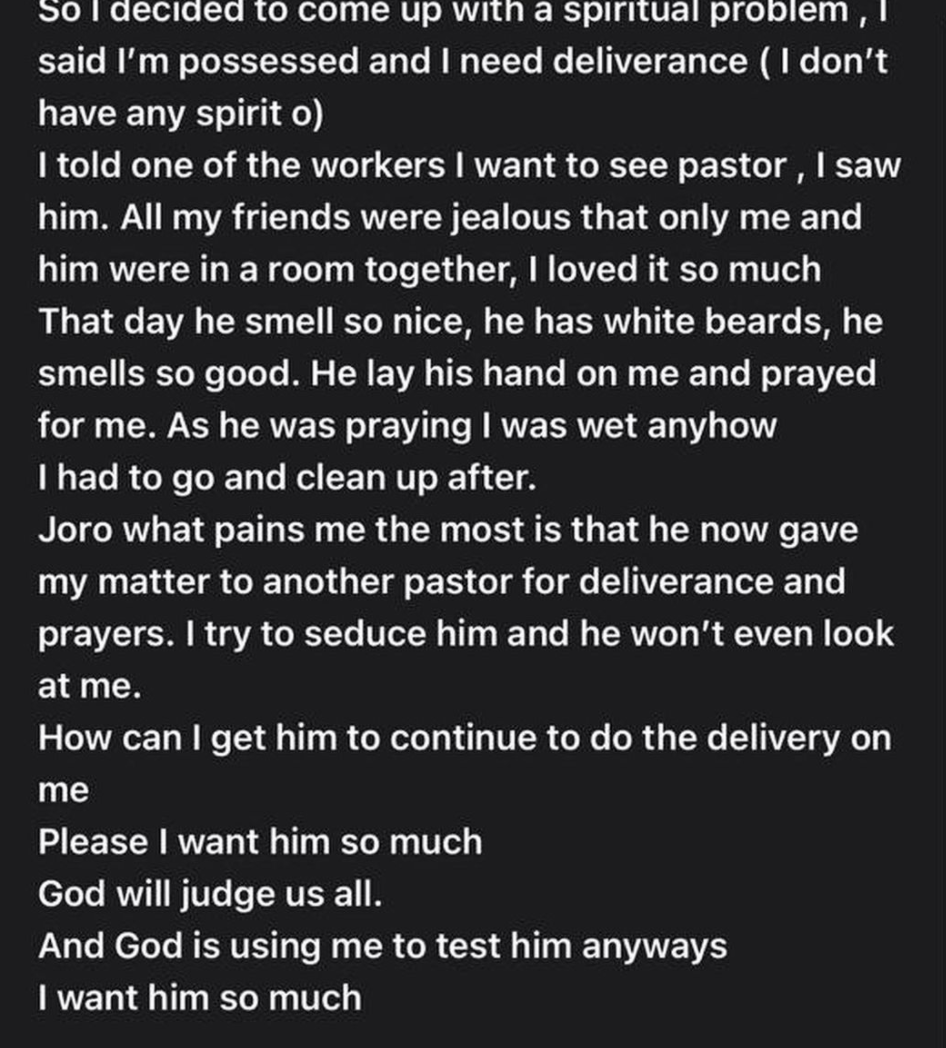 BBNaija: “His parents did a good job” – Nengi says as she hails Ozo (Video)