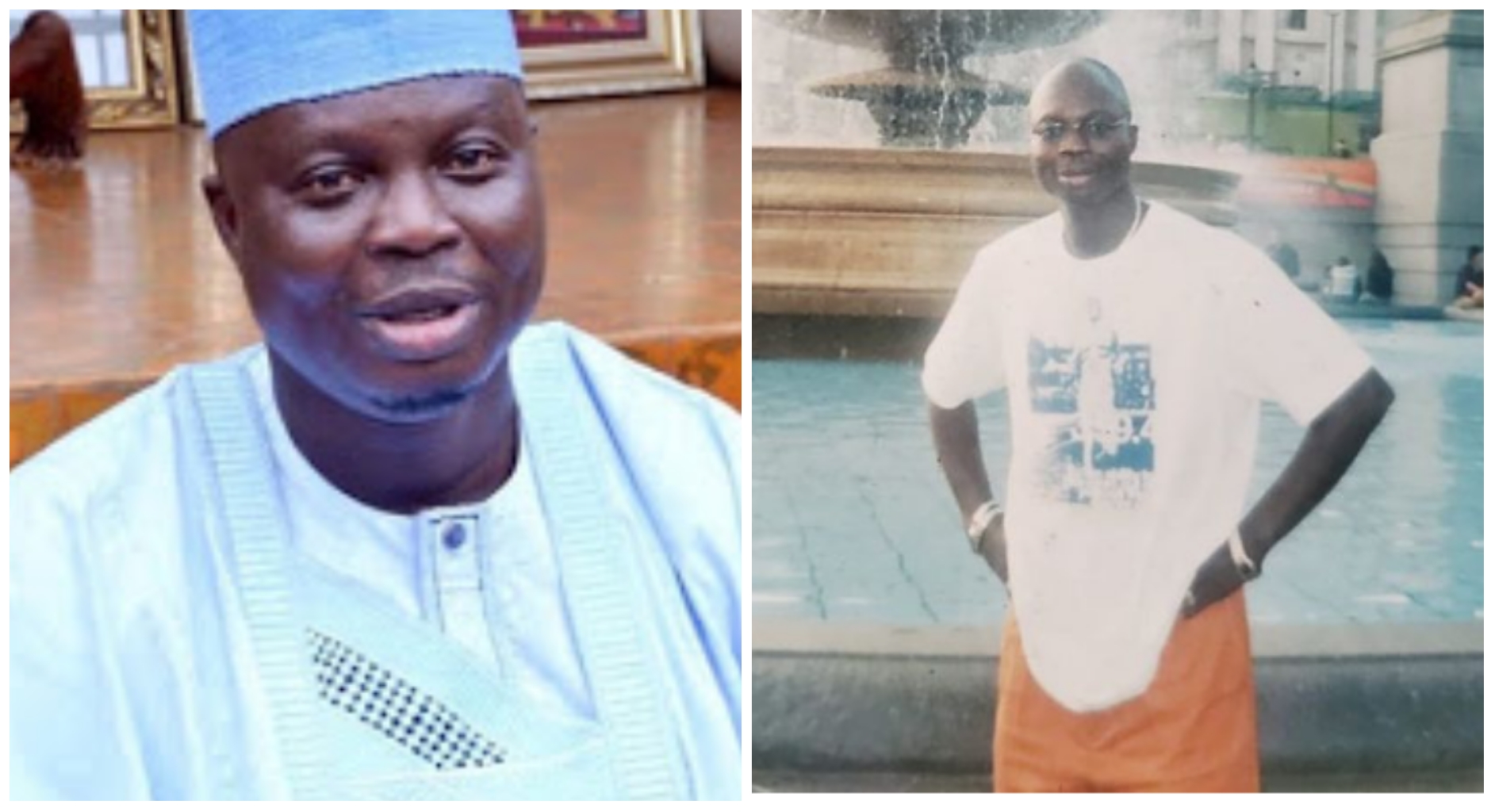 Veteran Nollywood actor and current president of Theater Arts and Motion Picture Producers Association of Nigeria (TAMPAN), Mr Latin on Tuesday posted a throwback photo of himself in London back in 2004 via his Instagram account.

Mr Latin could be seen in the photo dressed in a baggy white tee shirt and an orange trouser.

See also: BBNaija’s Venita recounts how she lost a deal because she refused to sleep with the company’s executive

However, despite his warning against laughing at him, his fans and colleagues which included the likes of Mistura Asunramu, Adeniyi Johnson, Funke Etti among others went ahead to post laughing emojis in the comment section.