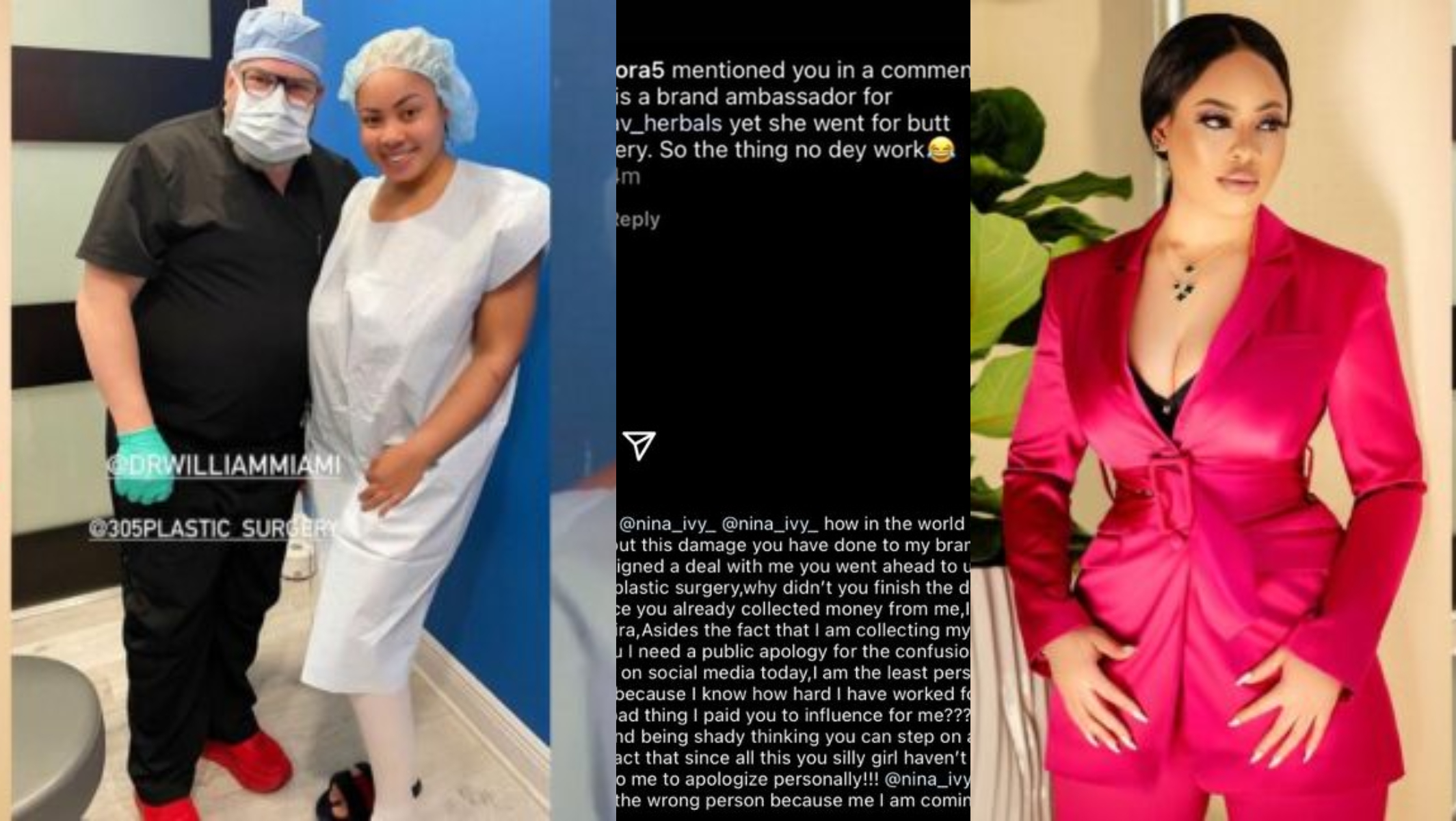 Nina Ivy, a Big Brother Naija star and mother of one, has undergone plastic surgery to enlarge her buttocks.
The reality star, who is presently in Miami, Florida, shared a photo with her doctor, who is supposedly the same doctor that helped her colleague, Khloe, acquire her ripped body through a similar operation.

Khloe, a Big Brother Naija star, released videos from her visit to the hospital to witness Nina’s new body to back up the claim. She captioned her image, “Had to come see Nina’s body.”

Read; ‘If You Can Afford It, Go For It’ – BBNaija Nengi Encourages Women To Do Plastic Surgery

Meanwhile, the surgery has caused Nina to fall out with popular herbal butt enlargement brand who recently signed her as an ambassador.

The brand called out the Big Brother Naija star going for undergoing a BBL surgery while still being signed as an ambassador, which is against what the brand stand for and thereby causing damage on the brand.

Blessing Okoro replies fan who entered her D.M to tell her to reconcile with her ex-husband