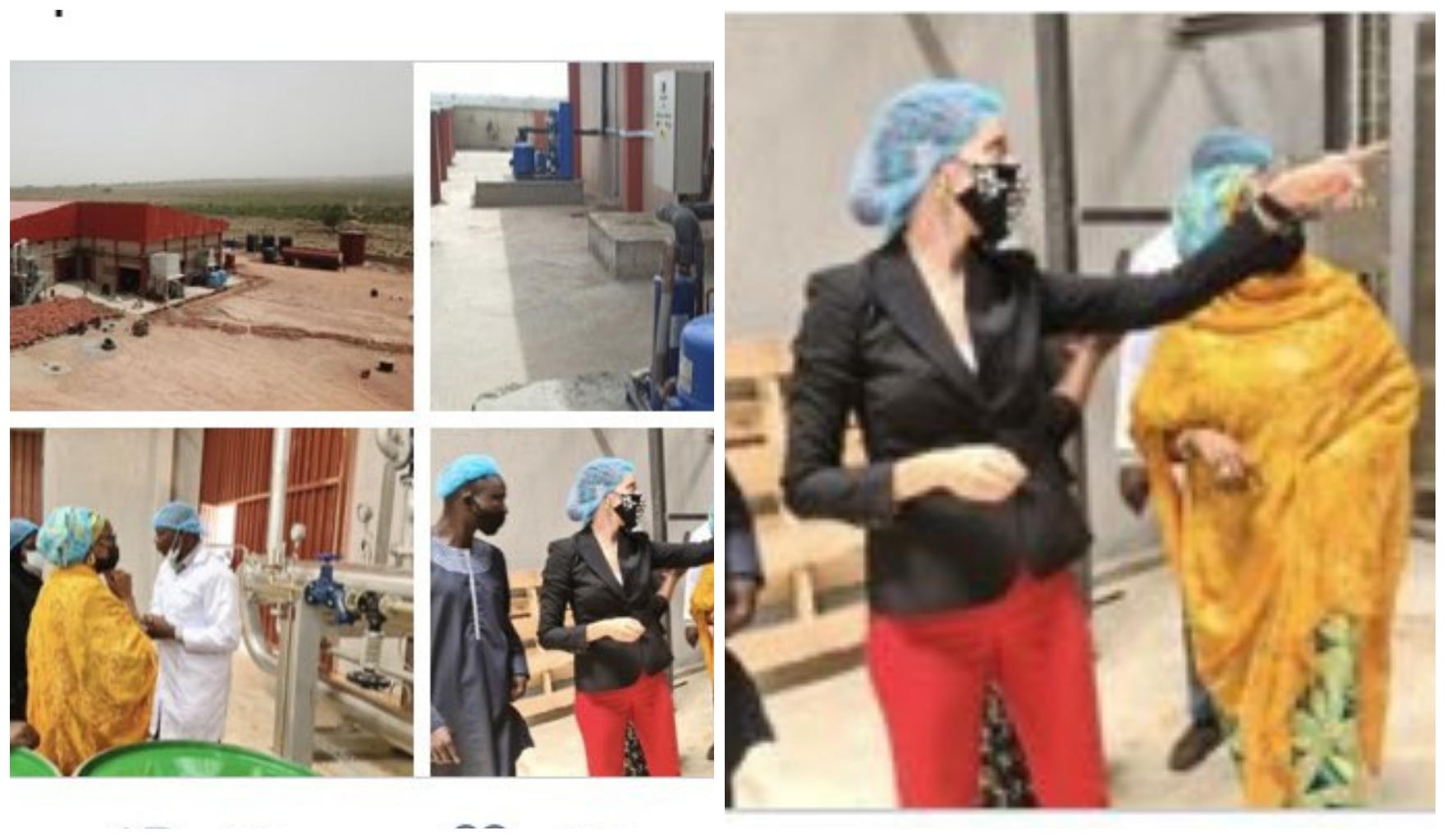 A Twitter user identified as Mira Mira has taken to the micro-blogging platform to tackle the ruling party, the All Progressives Congress after they tried using her tomato factory located in Jos to score ‘political points’.

The APC Twitter handle had claimed that the factory was built with N4bn in one year and would increase the demand for tomato in the North-West region and also reduce the discarding of excess yield by farmers.

Drama as Mr Macaroni rains curses on Twitter user for… 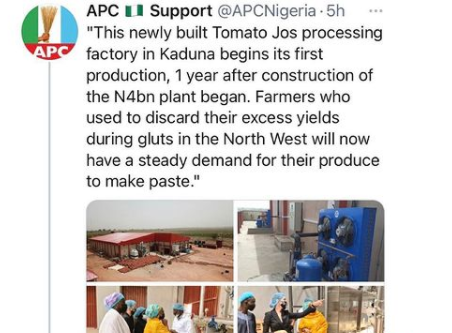 However, the owner of the factory reacted to the tweet as she debunked the claim and also warned the APC handle against using her private initiative for political agenda.

She also disclosed that the factory was not built with N4bn as claimed. 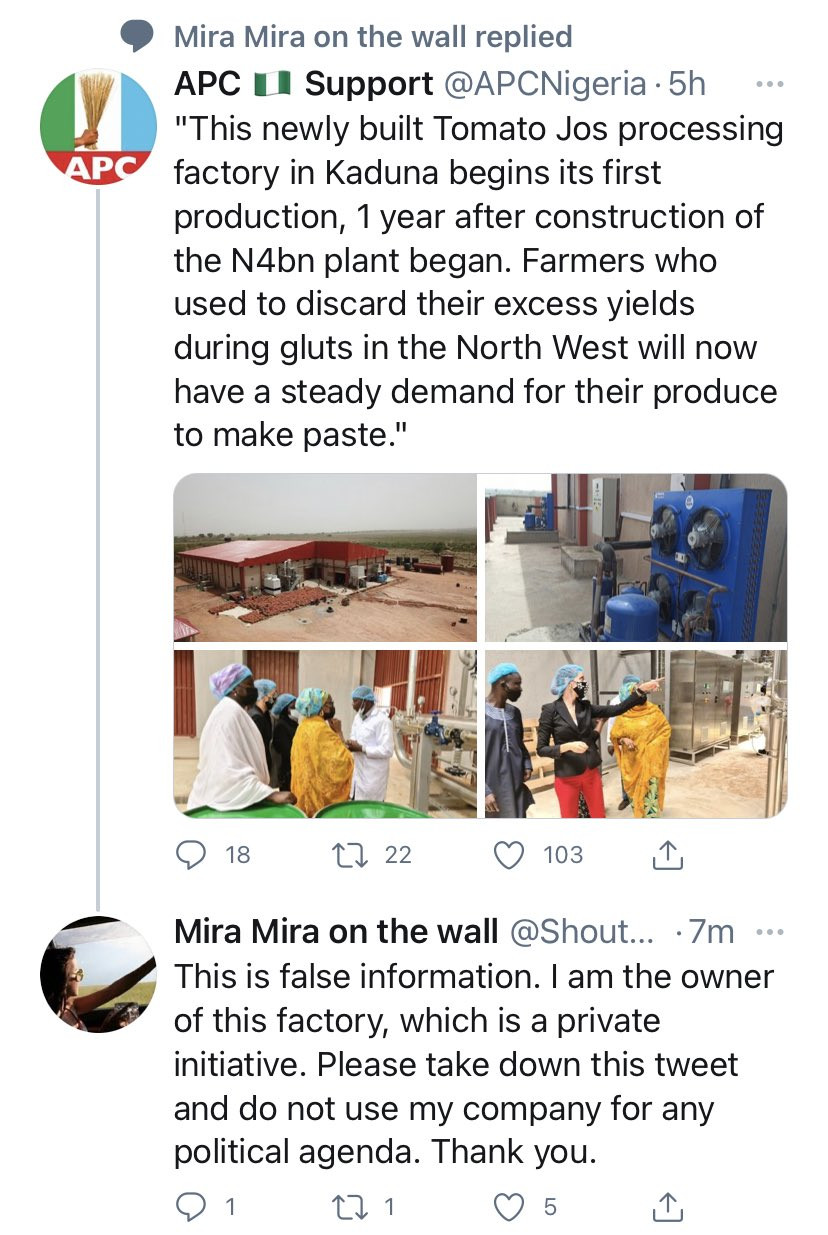 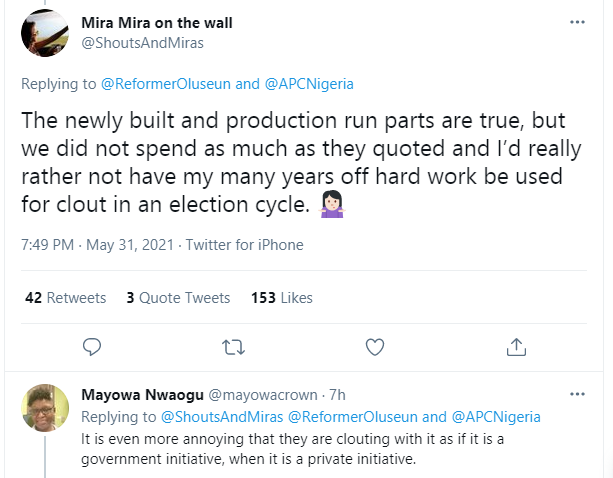 Davido’s baby mama, Sophia Momodu reveals she cried after her effort failed to get Imade’s last name to be Momodu