Pastor refuses to wed couple for hugging in pre-wedding photo 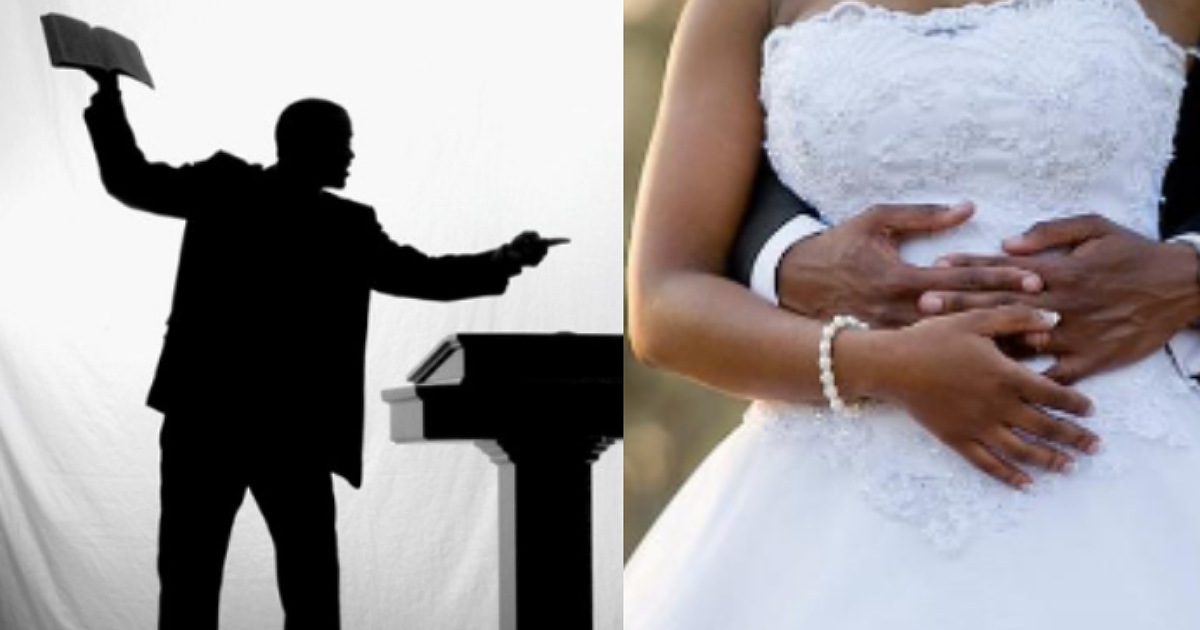 A wedding guest has narrated how a pastor delayed a wedding for more than two hours because he didn’t want to wed them.

According to the wedding guest who shared the story via Twitter, the pastor took issues with the couple’s photo used for the wedding brochure because the couple were hugging in the photo.

In a series of tweets shared with handle @thatPHCboy, it was stated that the couple and their parents had to spend up to two hours pleading with the pastor before he agreed to wed them.

The pastor gave them the condition that the cover brochure will be removed before he can continue the wedding.

Eventually, the wedding held at noon and guests were given a wedding programme without front and back cover.

“Lmao did I tell you about the wedding I went to in RCCG PortHarcourt? First of all, I arrived by 10am and I could see the couple’s cars but service didn’t start till almost 12pm. We literally sat in church waiting, almost left but the groom is my colleague so I waited.

Service eventually started at 12-ish and they began to share the wedding brochure which surprisingly did not have any cover, like the thicker front and back was gone and it was just paper inside. I was a bit puzzled but I the groom is a.k.a gum so I assumed this was probably cheaper and he wanted to save money.

It was later I heard that the pastor had an issue with the photo they put on the cover of the brochure. Apparently they were holding each other (I think he was hugging her from behind).

Pastor said they had joined themselves before he joined them, so he will no longer wed them. The couples and the parents had to spend nearly three hours begging this man, at some point they said the bride knelt down to beg just so service can proceed.

After much begging and pleading, the compromise pastor agreed to but said that all the covers will be torn out. They quickly did this for 300 copies they printed. It was after he had inspected all of them that he agreed to proceed with the ceremony. Nigerian Christianity is something else, I tell you!” 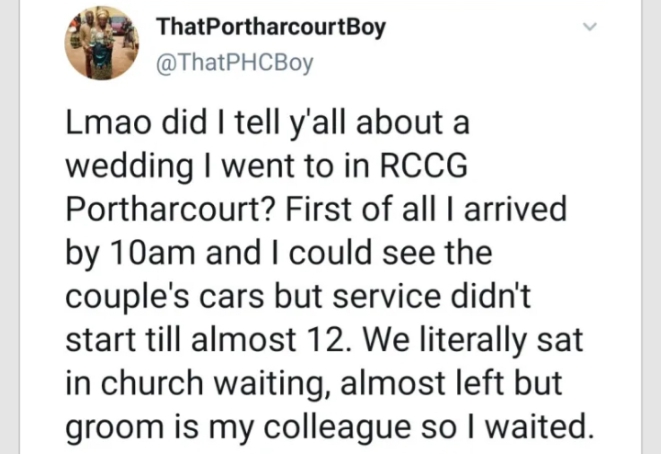 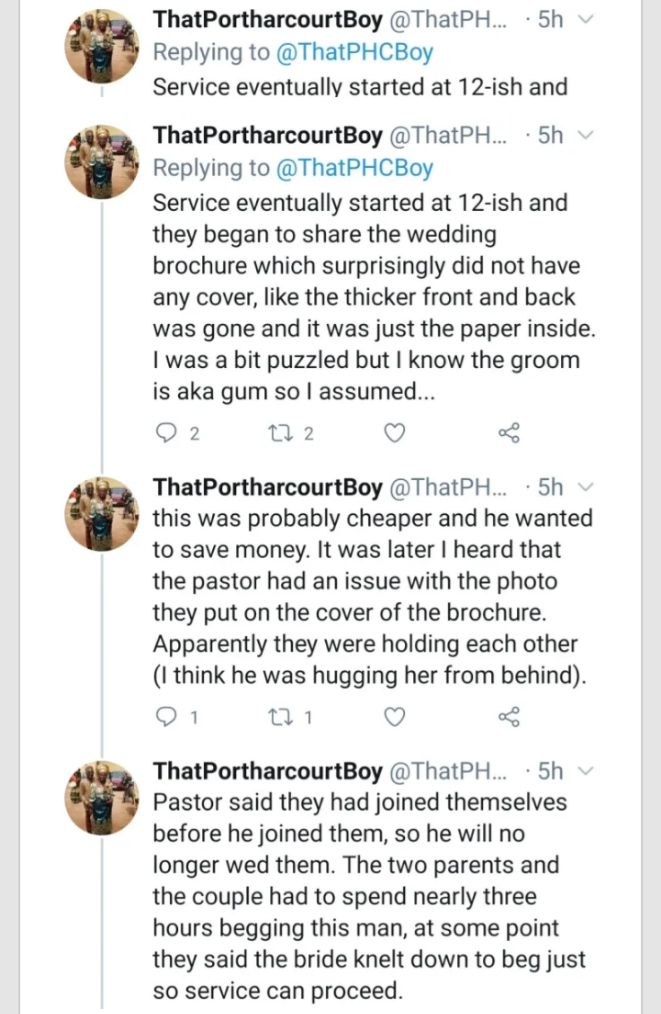 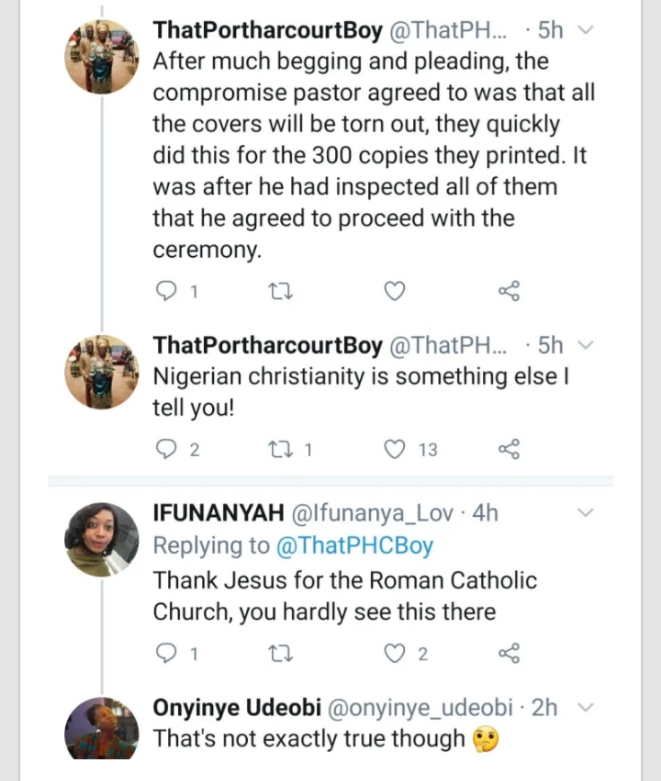