“Dele I will stress you!” – Singer, Davido continues to drag his cousin for trying to contest against his uncle 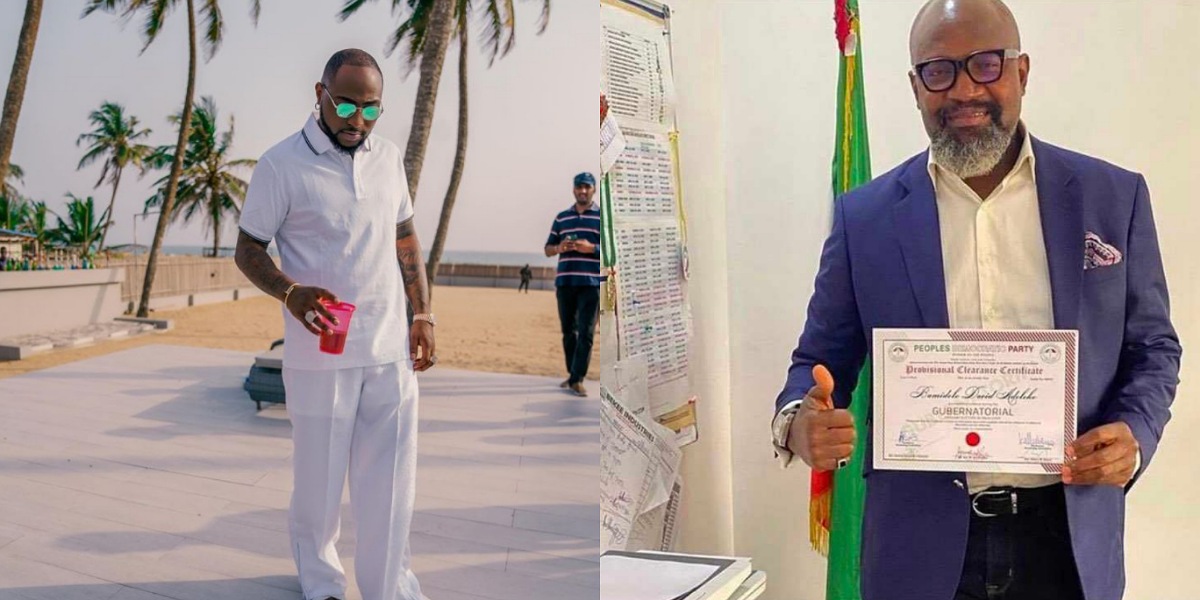 Singer and record label boss, Davido has continued to drag his cousin, Dele Adeleke who is contesting against his uncle, Ademola Adeleke for the Osun state governorship position.

Recall we reported, Davido had earlier taken to his social media page to drag his cousin, Dele to filth for contesting against their uncle, Ademola Adeleke.

However, taking to Twitter again, the singer wrote in a series of new tweets;

“Because of your ambition you have your people write about me (which I don’t care ) but to include the death of my mother in an article … same woman that raised you …
@deleadeleke001
ok na .. 🙏🏾 Dele God will reward you

The truth hurt you that much you had to go that low to mention YOUR AUNTY VERO that cared for you .. well .. I don open my crase for the year
@deleadeleke001

Worst of all this Nigga really doing all this from the house my father gave you ! Audacity ! Disrespect me ! (I don’t care) But my FATHER my MOTHER Never! DELE I WILL STRESS YOU ! We go meet for field ….”