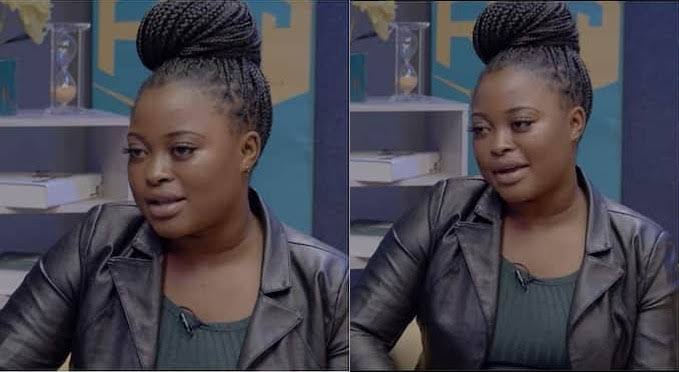 Teresia, a young Zambian woman who goes by the name Teresia, has disclosed that she is dating six married men.

The 24-year-old woman spoke about how her sugar daddies look after her and support her extravagant lifestyle.

Teresa revealed the information in an interview with Pastor Jimmy Kay, stating that she has set a criteria for the types of men she can date.

“They put me on a salary of per month,” she boasted.

She went on to say that she is a big girl who no longer looks for men because they are now the ones looking for her.

When asked about the ages of the men she is dating, she revealed that the oldest is 53 years old.

Teresia also surprised Pastor Jimmy and his co-host when she said that no one complains since she satisfies everyone.

Man cries out as his wife’s new car goes up in flames, 30 minutes after showing it off (Video)