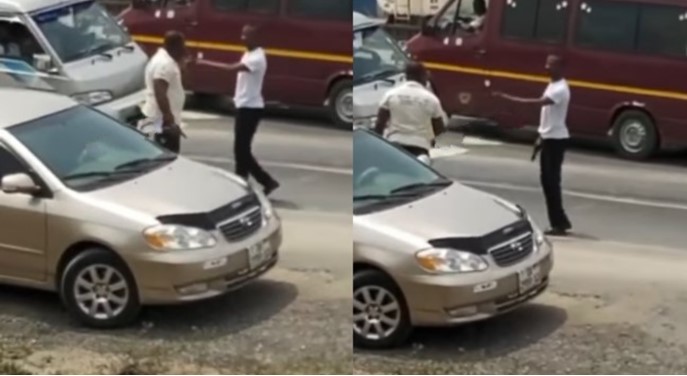 An armed motorist tried to terrify another motorist on the streets of Ghana, resulting in a chaotic scene.

When a man was confronted for reckless driving, he pulled out a pistol to scare the person who was confronting him.
He was seen slapping the other man, who then attempted to protect himself, in a video shared online.

While they were exchanging heated words, the armed man continued to openly display the gun in public.

Other motorists and locals decided to step in and try to persuade them to stop fighting.

In other news, A company’s staffs  startled their boss by showing up at work at the same time, dressed identically to their boss.

The staff is dressed in dark blue pants and sky blue long-sleeved shirts. Brown shoes were also worn by many.