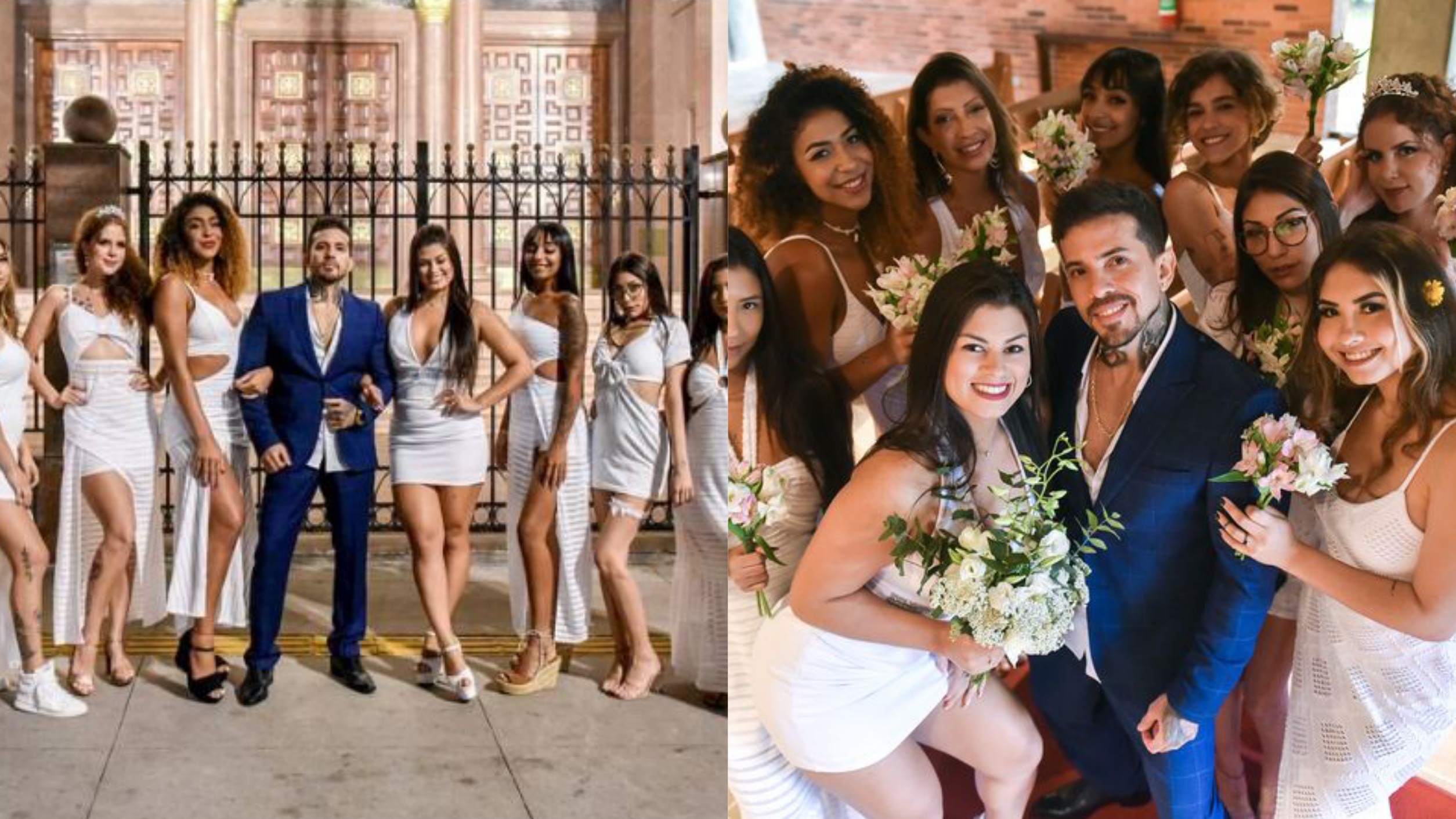 A Brazilian married to nine wives has disclosed how he’s able to satisfy the overwhelming bedroom needs of all of them. 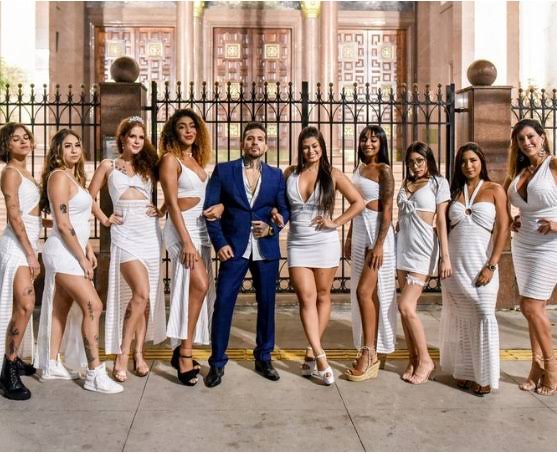 According to a report by DailyStar UK, the young man identified with the name Arthur O Urso, had a timetable which enabled him to perform on a rotation each night.

Although, the young man has revealed that the timetable hadn’t gone as plan and has found the timetable to be, in his words, a major turn off. 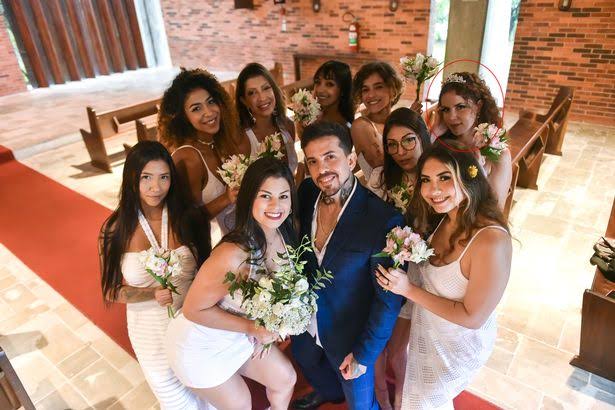 “Our s#x life is really fun and pleasurable, and initially I tried to have s#x by appointment.

“But following a timetable caused a lot of problems and sometimes I felt like I had to have s#x because of the schedule, and not for pleasure.

“On other occasions I had s#x with one wife while thinking about another.”

The young man came to limelight a year ago after tying the knot with his nine wives. 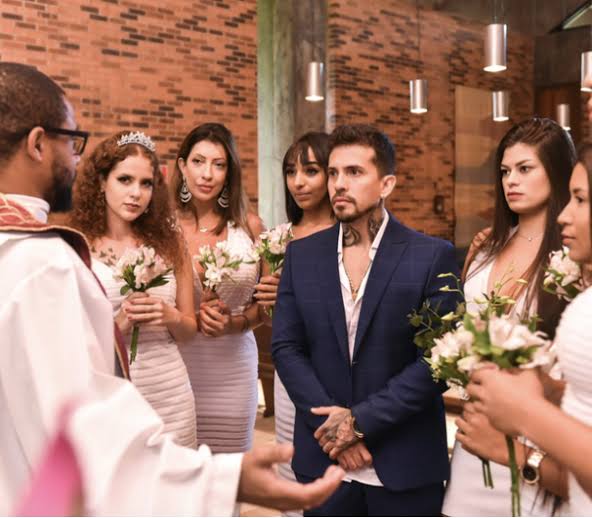 Arthur had aimed to celebrate what he considers “free love” and to simultaneously protest against “monogamy” because polygamy is illegal in Brazil.

As with most unions, it is not without problems, as he reveals that one of the nine wives has already asked for a divorce.

“She wanted to have me all to herself. It didn’t make sense – we have to share. I was very sad about the separation and even more surprised by her excuse.

“She said that she was missing a monogamous relationship.”

Arthur revealed that he’s been having a little difficulty bringing to balance his bedroom life, making him to base his bedroom session on instinct.

“It doesn’t take long to get attention or affection when you have that many wives.

“It didn’t seem right so we got rid of it and now the s#x flows naturally, it’s been great.

“It is very fun, pleasurable and unique to experience everything collectively, and they are all very different in bed.

“One of them, I won’t name her to keep her privacy, likes to be dominant and I like a woman who tells me what she wants.”